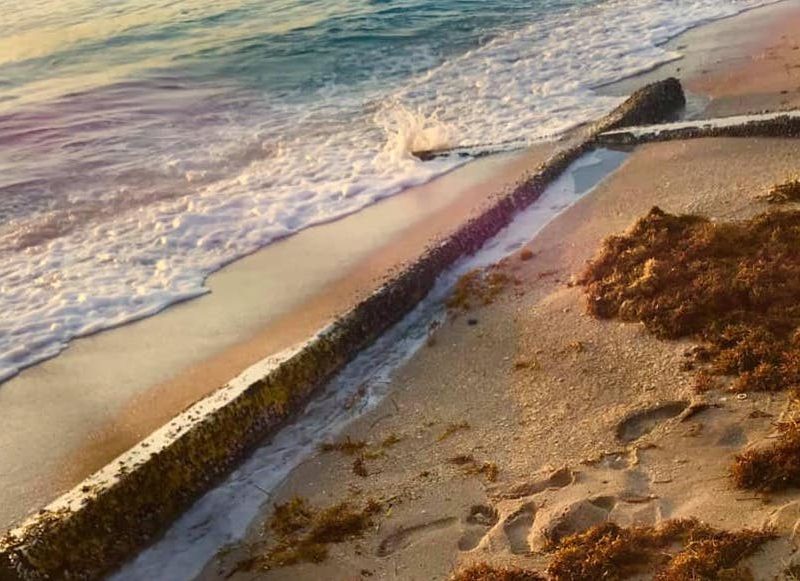 It’s amazing what can wash up on a beach. From diverse marine life to shells, seaweed and driftwood. Unfortunately these days one may also find refuse strewn along the shore. But there is also treasure to be found! Perhaps one may even discover a message in a bottle, the stuff of legends. But what if you came upon a massive cross? What message does that deliver?

Bottles have been swept ashore across the centuries containing anything from requests for love to cries for help – “an SOS to the world” as the song goes. Much has been written about messages in a bottle and there is even a movie with that title. Bottles have been found over 100 years later, with their messages still intact. It’s extraordinary that such an old means of communication can still have such an impact in today’s world of instant messaging.

God can use any communication method at His disposal to get the world’s attention, but what if He chose to do it through driftwood? It seems this is precisely what happened in Florida recently when a giant cross washed up in Fort Lauderdale. According to news reports, Greg Gay and his wife were on holiday when they spotted the huge cross in the sand.

An SOS to the world

Talk about an SOS to the world.  God knows our souls need saving. So this isn’t a cry for help but a symbol of hope that we may be saved…

“The cross is 20 foot tall and made out of 10 inch-by-10 inch timber. It’s huge,” Greg said. “It was unbelievable to us that it made it across the ocean like that. Full of barnacles, so it had been in the water for a long time. And it was just coming into shore as we were walking up. It was like timing was everything. If it had been 10 minutes earlier or 10 minutes later, it wouldn’t have happened like that, so it has meaning for sure.”

You can imagine the surprise of this couple walking along the beach and finding this universal symbol of redemption with waves breaking around it. It’s like a Heavenly message from 2,000 years ago pointing to the crucifixion of Jesus who died in our place to secure our salvation. Through His sacrifice, He paid the price for our sin so that we can be reconciled with God and receive eternal life. As Colossians 2:14 says “By canceling the record of debt that stood against us with its legal demands. This He set aside, nailing it to the Cross.”

God doesn’t need to send a message in a bottle to get through to us. He has given us His Word. But how wonderful to see the beautiful pictures of this cross that have meant so much to people everywhere.

It has been said that vertically the Cross represents God reaching down to man and horizontally it signifies man reaching out to others. So anytime one is confronted with this powerful image it is a everlasting reminder of all God has done for us and how He expects us to reach out to others. This is what Greg and his wife have done and its encouraging to see how the media have picked up on this discovery and carried it as a positive news story.

What are people saying?

Many people who have responded to Greg via social media. Here are just a three of the comments:

“He himself bore our sins in his body on the tree, that we might die to sin and live to righteousness. By his wounds you have been healed.” (1 Peter 2:24)

For just $10 per month you can bring the gospel to 1,000 homes. Join us as media missionaries! GIVE NOW
VIEW COMMENTS
« Strange Kingdom – How Does The Cross Transform Your Daily Life? Giant Cross at the Bottom of Lake Michigan is Incredible »