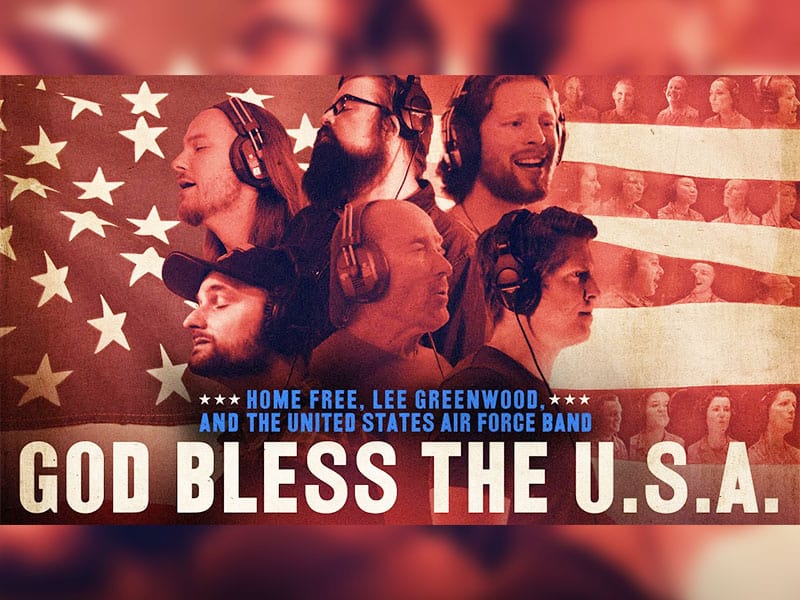 Lee Greenwood released the patriotic song “God Bless the U.S.A.” in 1984. Since then, he hasn’t changed a single bit when performing the song. Thirty years later, he realized it needed a change.

He told American Songwriter, “After singing ‘God Bless the U.S.A.’ for 30 years the same way, it’s like I kind of sat back and relied on listening. You know, what can I sing different here?”

Then he added, “And I was encouraged by their tech at the board, who said, ‘Just do a couple passes. And do something like you’ve never done before.’ This is ‘God Bless the U.S.A.’ like you’ve never heard it before.” 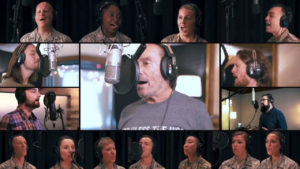 So Lee decided to collaborate with the U.S. Air Force band and Home Free for an a cappella version of the song.

The 77-year-old said, “When we were talking about collaborating not just with Home Free but also with the United States Air Force singers, I thought, well this is really positive for the Fourth of July, being we’re not working.”

“I think the common thread in Nashville is, if Lee Greenwood doesn’t sing ‘God Bless the U.S.A’ on the Fourth of July, take the flag down. So we really wanted to make sure we had a virtual performance. It was just a great opportunity for me,” the country singer explained.

One of the Home Free singers, Austin Brown, felt honored to be part of Lee Greenwood’s remix. For them, it was a dream.

“When we sing this song, everyone in the audience, no matter where we are in this country, everyone stands up. It’s one of those songs that’s gonna be here forever. It’s going to be in the American culture forever,” he said. “And the opportunity to do this with a legend like Lee Greenwood, the original artist, the guy who wrote this song, it doesn’t get any better than this.”

Moreover, Lee praised the Air Force singers. He said that “they are every bit professional quality.” Then he concluded, “They’re the best I’ve ever heard.”

ALSO READ: 7,000 Christians Cried Out To God In The Streets Of San Diego For America