God Is Up To Something: The Phaneroo Journey 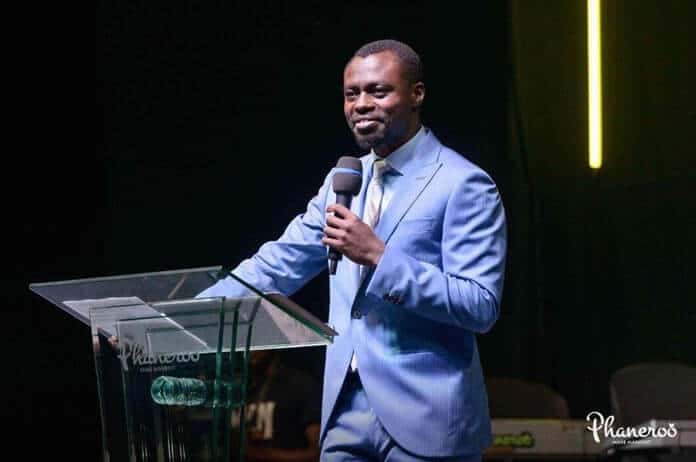 God is a God of seasons, deliberate in His work and specific in His timing. For Uganda, a land-locked nation in East Africa, dubbed “The Pearl of Africa”, Thursday, August 7th 2014 was a milestone. On that day, a dynamic non-denominational faith-based ministry, Phaneroo Ministries International, flung open its doors at the Theatre La Bonita, a magnificent concert venue in the heart of Kampala—Uganda’s Capital—welcoming thousands of faces hungry for the Word of God.

As the Vision bearer of the ministry, Apostle Grace Lubega puts it, at Phaneroo, we believe in the inherent ability and power of the Word of God to change individuals and nations with the ultimate purpose of establishing God’s purpose on the earth. The Phaneroo vision is to transform the world with the power of the gospel; and we are doing exactly that!

Six years later and counting, the exponential growth of the ministry—in actual congregant numbers, geographical reach, outreach platforms including TV and Radio stations, the thousands of testimonies of lives transformed, bodies healed etc., are demonstrative of divine strength at the heart of this powerful movement. The ministry holds open-air fellowships every Thursday from 5pm East African time, and two services on Sunday from 8am to 12pm.

Whilst the inaugural fellowship attracted over a thousand congregants, the average actual attendance today is approximately ten thousand; with several tens of thousands live streaming via online platforms: Facebook, YouTube, and the ministry website. In addition, the ministry also has several weekly programmes running on TBN Africa and other TV and radio stations in Uganda, Burundi, Rwanda, Ghana, India and the United Kingdom. The Phaneroo App, available on play store and Apple app store is also a critical tool used by the ministry in evangelism; therein are daily devotions, freely available sermons for streaming.

Additionally, the ministry organizes annual milestone events such as Men Gather—an exclusively male event to discuss and teach pertinent issues as relating to the man, his ministry, his family and his responsibilities; Phaneroo Annual Women’s Conference dubbed “My Great Price”; the Joseph Gene Business Symposium; and Phaneroo Children’s Bible Camp.

During its annual anniversary celebrations, Phaneroo conducts two nationwide campaigns. The first is massive street preaching all over the country. The second campaign is “Yesu Yasasula” translated to mean, “Jesus paid it all” in which public transport fares all over the country are paid for by Phaneroo members as an opportunity to preach in these buses and taxis about Jesus Christ, who paid it all.

Phaneroo runs a weekly prisons ministry in over 12 prisons across Uganda. The prisons ministry has greatly contributed to the provision of basic needs to Ugandan prisoners, legal aid services and rehabilitation of ex-convicts.

There have also been special events such as crusades, missions, global school of ministry and pastor’s conferences held in various regions of Uganda and in Kenya, Rwanda, Burundi, Ireland, Malaysia and the United States. Through all these events, countless lives have been transformed, destinies changed and great wisdom imparted, thanks to the redeeming power of the Word of God.

This captivating story of Phaneroo Ministries International’s growth, influence and impact in Uganda and beyond in the six years since its inception is a testament to the infallible power of the Word of God. The countless signs, miracles and wonders recorded over the years, eloquently attest to a “Phaneroo”—a Greek word translated as bringing to manifestation that which existed but is not seen—and the “Phaneroo Spirit”—a consuming desire to see, in this generation, Christians manifest spiritual realities in and by the Word of God.