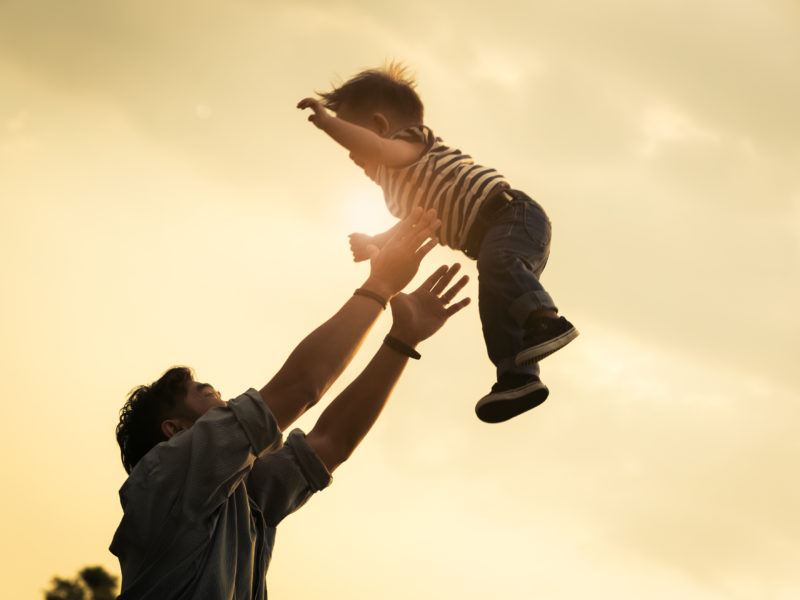 I wonder how many times you have been let down by someone? There are many who promise us that they will stand by us, no matter what comes our way. They say, “Don’t worry, we’ll be right behind you”. However, when trouble strikes, most of them are so far behind that you need a telescope to see them!

On the other hand, things around us keep changing at a rapid pace, sometimes too fast for us to adjust. In fact, some changes like getting old, developing health issues, children leaving home, having to play the role of a single mom or dad unexpectedly and losing a job, can be quite scary!

It is therefore comforting to know that in the midst of changing circumstances or being let down by someone, that we serve the God who never deserts us! He has said, “Never will I leave you; never will I forsake you,” (Hebrews 13:5). He is faithful at all times to His children.

In Deuteronomy 31, the people of God were told of a huge change that was ahead of them. Moses, the man who had led them through ‘thick & thin’ for 40 years, makes a startling statement. In verse 2 he says, “The Lord has said to me, you shall not cross the Jordan.” Just imagine the shock that went through the camp! He also says, “Joshua also will cross ahead of you…” (verse 3). Here was their leader, talking about a change in leadership at the critical period of entering the Promised Land. Moses also clarifies in verse 2, that he was no longer able to lead them, being a 120 years old. It was obviously a scary time for the people of Israel who were used to seeing Moses in front of them. Sure enough, changing circumstances can be very trying!

Moses however then assures them, “the Lord your God goes before you, He will never leave you nor forsake you.” What a promise! He therefore asks the people to be strong and courageous. This gave strength to the people who had seen God go before them as a pillar of cloud and a pillar of fire (Exodus 13:21). It is no coincidence that in Joshua 1:5, God also tells Joshua, the new leader, “I will never leave you nor forsake you”. He assured Joshua that He would be faithful.

What changing circumstances are you facing right now? How are you responding to those changes? Has fear gripped your heart? Do you feel like God is far away? Remember, “He will never leave you nor forsake you”. We have a God who never deserts us, specifically in the most difficult moments. He is faithful through life’s challenges.

Our Faithful God see us at all times

There is a story of a family whose house caught fire. As each parent tried to grab a few belongings and a child’s hand to get out of the house as quickly as possible, the little daughter who was holding the father’s hand, broke free from his grip and ran upstairs to get her teddy bear. However, when trying to come down again, she found that she was trapped by the enveloping flames. She ran to the upstairs window and shouted for her father’s help.

The father shouted back, “jump down, I will catch you”. However, since she couldn’t see her father clearly through the smoke, the little girl cried, “I’m scared to jump daddy, I can’t see you”. Her father replied, “don’t worry honey, you just jump. I’m right under you and I will catch you. Although you can’t see me, I CAN SEE YOU!”

Our Heavenly Father sees us at all times. He is faithful through changing circumstances. He will never desert us!

For just $100 per month you can bring the gospel to 10,000 homes. Join us as media missionaries! GIVE NOW
VIEW COMMENTS
« Out Of The Ashes Pays Homage to ‘The Last Supper’ The Resurrection of Jesus: Who Exactly Raised Him from the Dead? »