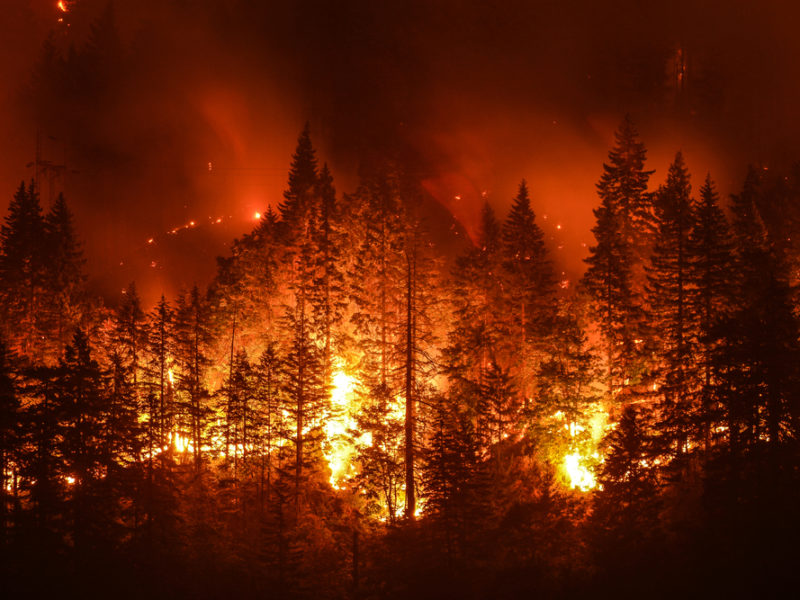 The wildfires have brought a great amount of devastation to California this year. According to Wikipedia, 2018 is the most destructive wildfire season on record in California, with a total of 7,579 fires burning an area of 1,667,855 acres, the largest amount of burned acreage recorded in a fire season.

However, we all know that God does not will destruction into our lives. John 10:10 reveals that, “The thief comes only to steal and kill and destroy; I have come that they may have life, and have it to the full.” The Word of God is very clear that destruction is from the devil. And Pastor Mel Ayres and his wife, Desiree, clung to this truth when the fire encroached on their home. 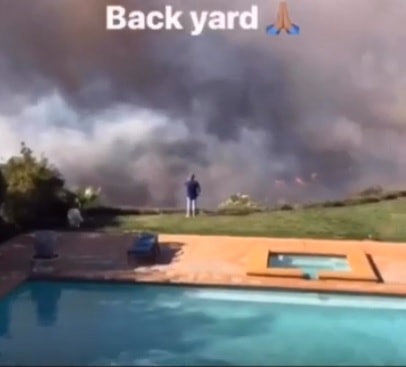 The fire was coming and it reached their backyard. However, Pastor Mel, along with 10 others knew about the authority the LORD Jesus gave them.

“I have given you authority to trample on snakes and scorpions and to overcome all the power of the enemy; nothing will harm you.” (Luke 10:19)

Instead of panicking, they practiced their authority. In faith, they spoke to the flames and wind and drew a blood line by declaring, “You’ll not come this far in the name of Jesus. Be still, peace, be still.”

They sealed Pastor Mel’s property with the blood of Jesus before deciding to evacuate as the fire went 5-feet high because of a tree in their backyard.

After the wildfire, when Pastor Mel and his wife went back home, they were so blessed by what they had witnessed. Their house was completely safe and not even one piece of grass on their property was singed! 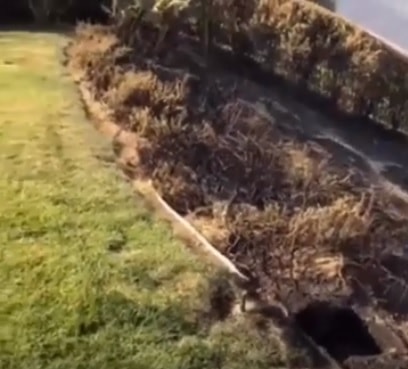 In the video that Pastor Mel took, he showed where the fire completely stopped.

“The fires burned everything right up to our grass line, and burned into a crisp,” Pastor Mel said.

Beyond the grass line is a view of completely scorched and crisp plants. To him, there was no natural reason the fire would stop right there because there were no firemen to hold it back. On top of it all, there was not even a drop of water used to prevent the spread of the fire.

“We must, as a Church, begin to speak to the winds and the fire as Jesus spoke to the waves and the winds in the Name of Jesus. Come on Church, rise up. Take your authority that you have in Jesus’ Name and begin to stand strong in the LORD and in the power of His might,” Pastor Mel concluded at the end of his video.

We praise God for such a wonderful miracle!

“They tell of the power of your awesome works—and I will proclaim your great deeds.” (Psalm 145:6)

For just $100 per month you can bring the gospel to 10,000 homes. Join us as media missionaries! GIVE NOW
VIEW COMMENTS
« Miracle Spares the Lives of 50 Israeli Soldiers 3 Key Reasons Why It’s Vital to Study the Word of God »