Breaking News: You Can Help Us Save the Unborn in Israel | GOD TV
Faith 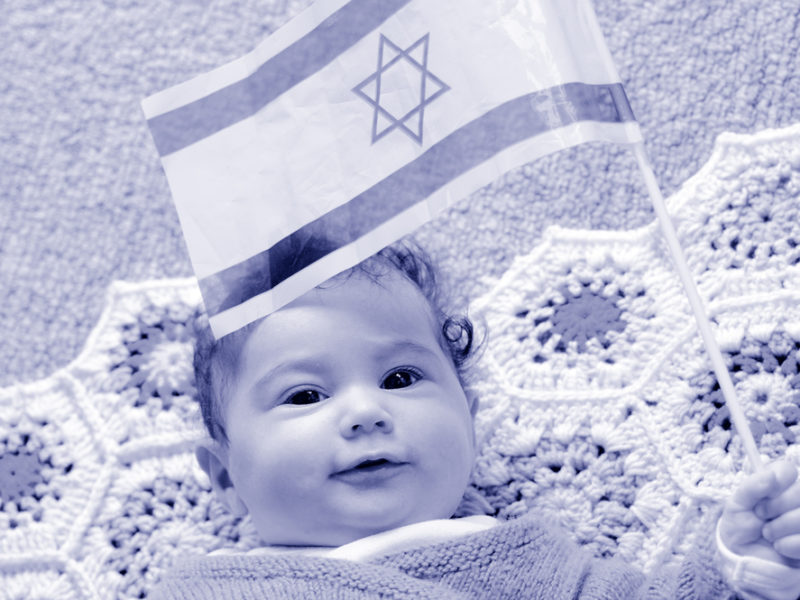 Here’s an astonishing statistic for you: Every day, more than one hundred babies are being aborted in Israel. One hundred lives taken. Every day. In Israel alone. The heartbreaking fact is that over 50,000 babies were aborted last year alone and the trend continues. It’s a modern day genocide in the Holy Land.

But GOD TV has entered the fight to save innocent lives, vowing to be God’s hands and feet in aiding the most vulnerable among us. Read on to learn more about the devastating effects of Israel’s lenient abortion laws, as well as how you can help us fight the good fight.

The eradication of the Jewish people has been explicit throughout History. From Pharaoh, to the Holocaust, to present-day liberal abortion Israeli laws. The Enemy is scheming to destroy the nation of Israel and wipe her people from the earth. He tried it before and now He is at it again. Israel is facing a new holocaust.

Israel is considered to be one of the most liberal among all nations when it comes to the legality of abortion. Prior to 2014, a termination board approved abortions under very limited circumstances, such as rape or incest. But now the termination board approves abortions in 98 percent of cases. Not only that, but state-subsidized abortions ensure that women between the ages of 20-33 can get an abortion free-of-charge – no medical reason necessary.

There are only a few other nations with such an expansive allowance for abortions. In Canada, abortions are allowed at any stage of pregnancy, and the procedure is usually covered by insurance. In Slovenia, abortions have been free since 1977. And Israel is headed in the direction of Russia, where the abortion rate has surpassed the live birth rate.

In Need of a Response

Among the relatively conservative Israeli populace, there has been surprisingly little backlash against the state’s extremely liberal stance on abortion. Orthodox rabbis have argued that in the absence of a medical emergency, there is no doubt that abortion is against Jewish law. Yet many practicing Jews remain silent as innocent lives are ruthlessly taken.

The same can be said of Christians. In Genesis 4:10, The Lord said, “What have you done? Listen! Your brother’s blood cries out to me from the ground.” And taking life is explicitly prohibited by the Ten Commandments, which God directly handed down to Moses. Nevertheless, there has yet to be a strong, unified response against these brutal procedures. Until today.

Join Us to Fight the Good Fight

GOD TV has teamed up with Jewish Voice Ministries to help put an end to this widespread injustice in Israel. Will you stand in agreement with us to save thousands of lives in Israel?

The Lord is looking for those who will be faithful and obedient. His people who will say, Yes, Lord, we will go. Yes, Lord, I will do something about it. Yes, Lord, you can count on me! In Genesis 12:3, the Lord promises to bless those who bless the nation of Israel. Be a blessing to Israel by partnering with us today, and you will be blessed!

We must humble ourselves and ask the Lord, “What would you have us do?” Remember, more than 100 defenseless babies are needlessly dying each and every day. Let’s put an end to this now. We need your help to save God’s people.

For just $100 per month you can bring the gospel to 10,000 homes. Join us as media missionaries! GIVE NOW
VIEW COMMENTS
« Baby Whitacker Bounces Back from Near-Drowning; Doctors Label It “A Miracle” Movies with a Message: High Noon (1952) »