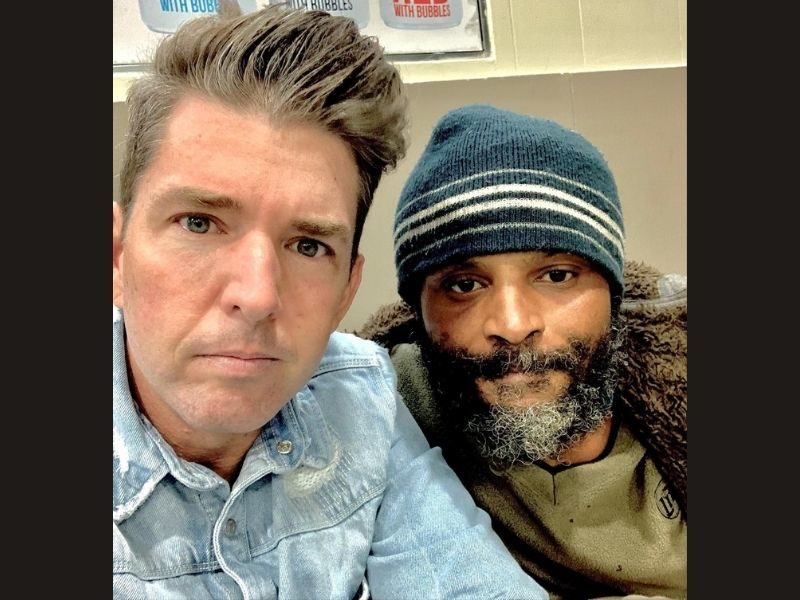 After a Sunday church service, a pastor in Miami, Florida, was desperate to hear from God. So, he prayed and asked God to speak to him. But he did not expect that God would talk to him through a homeless man.

We hear stories about giving for those in need, especially homeless people. But instead of receiving, this homeless man was the one who gives.

Before going home after church, David paused for a minute in his car and told God, “Speak to me. I need to hear from You.” And before he could even finish praying, God was already preparing His answer for David.

More than just a homeless man

He stopped over at a gasoline station for gas. Then Tony approached him and said something which David did not really listen to. David recalled, “I didn’t quite understand what he said. And instead of responding, I just nodded in agreement.”

But Tony was determined to let David know what God told him. Tony spoke again and said, “You’re a blessed man.” David replied curtly, “Thank you. God bless you.”

“No! You don’t understand,” Tony continued. “You have the heart of David. Have you heard of the Bible? Because there’s this man in the Bible who killed giants. He wasn’t perfect, but God used him!”

“And God wants to use you. You are a David! And sir, our paths didn’t cross on accident tonight. God sent me to you. I don’t want anything from you. But I’ve come to give you. God is not a genie in a bottle with three wishes. He’s a powerful God, and there’s something on you. And watch God do wonders.”

David was blown away by Tony’s words. Those were the things he needed to hear.  “He went on to say several other things that I’ll keep to my heart for now,” David said.

He continued, “I sat down on the ground at the gas station and asked if we could take a pic together because he impacted my life. His eyes were warm and familiar. We hugged. We shared tears. I blessed him, and he blessed me. He doesn’t know I’m a pastor. I never told him. Because tonight, he was mine.”

Then David went back to his car and drove around the block. He was still processing the fact that “a homeless man asked God to use him, and prophesied over his life as a man who is anointed from the Holy Spirit could only do.”

He concluded, “God forgive me for ever thinking I’m so important or too important to be teachable. Or to see people the way You see them.”

For just $100 per month you can bring the gospel to 10,000 homes. Join us as media missionaries! GIVE NOW
VIEW COMMENTS
« Daughter Dies In Home Explosion, But Christian Family Chooses To Bless The Lord Can You Believe It? 25 Years! »