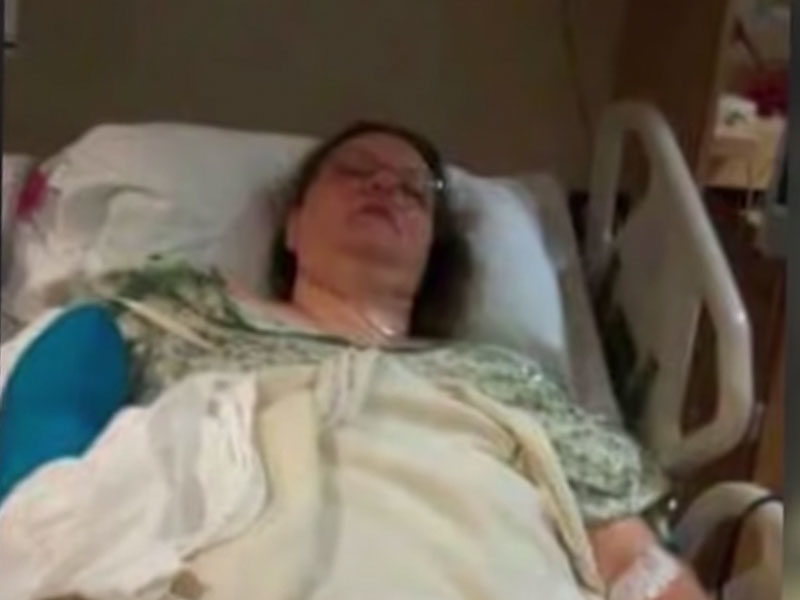 Doctors warned Marjorie she could die for not finishing her bone cancer treatments after God visited her in her hospital bed. But three months later, doctors were astounded by her miraculous healing!

One day, in September 2012, Marjorie had a persistent cough that greatly disturbed her. Hence, she went to a doctor to have her lungs checked. Doctors found a spot and did a biopsy. It came out positive for cancer. The 38-year-old mother needed major surgery because they had to remove her right lung’s upper and middle lobe.

After hearing the bad news, Marjorie and her husband, John, responded in prayer. They prayed that the surgery would remove all cancer. But it wasn’t that simple because doctors discovered that the mass wasn’t in her lung during surgery. They found it on one of her ribs and removed it for testing.

Soon after, the results revealed that Marjorie had an aggressive, high-grade sarcoma, a bone cancer. Oncologists advised her to go through high doses of radiation therapy and undergo intense chemotherapy treatment.

As days went by, Marjorie grew weaker while her husband became mad and hurt at God. The treatments she was going through made her weaker to the point that after one round of chemo, she was rendered nearly comatose. With that said, doctors warned she might not survive the treatments.

Until one day, God visited Marjorie in her hospital bed. He spoke to her, saying, “You can die and come home and be with Me, or you can choose life and live.”

Immediately, because the wife didn’t want to leave her husband and her kids, she asked God to let her live.

“I remember just at that time, this zap of energy going through my body like electricity. And I sat up in bed and I said, ‘I’m healed!'” she recounted.

Believing God had healed her, she didn’t finish her cancer treatments and left the hospital. The doctors even warned her that she could die. But three months later, shocking news astounded them, even the doctors.

For just $100 per month you can bring the gospel to 10,000 homes. Join us as media missionaries! GIVE NOW
VIEW COMMENTS
« Drug Addict Heard God’s Voice In Jail And Was Never The Same Again God’s Word For You Today: With God, You Can Do Anything. »