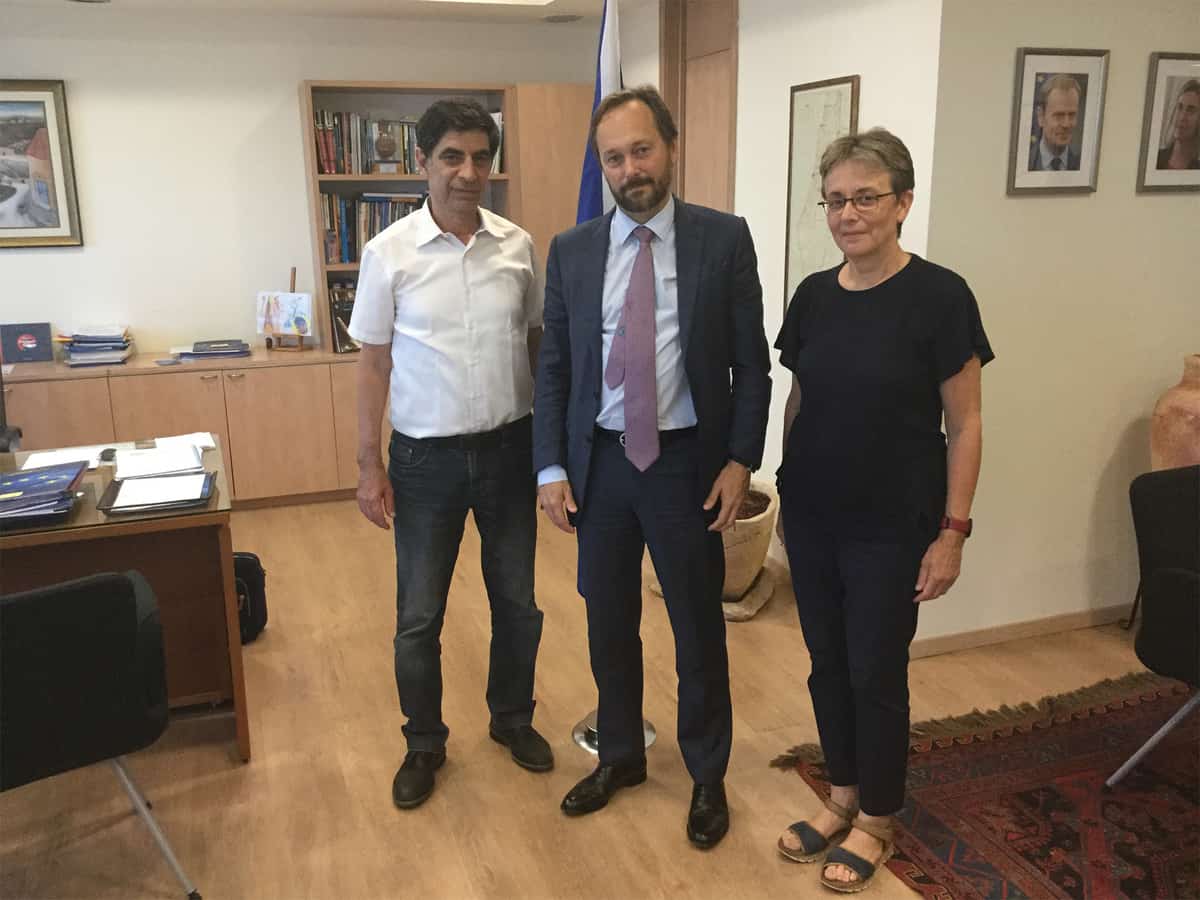 The family of Lt. Hadar Goldin, (pictured) the IDF officer who was killed in the 2014 Gaza War (Operation Protective Edge) has asked the European Union to make its humanitarian aid to Gaza conditional to the return the bodies of missing soldiers, the Israel Broadcast Corporation (Kan) reported Tuesday morning.

In an effort to pressure the international community to bring the bodies of the missing soldiers home, the family met last week with European Union Ambassador, Emanuele Giaufret and an EU delegation visiting Israel to examine policy on the Israeli-Palestinian conflict.

The Goldin family asked the EU to punish Hamas for refusing to divulge information about Hadar Goldin and Sgt. Oron Shaul, both missing in action, as well as about two Israeli civilians held by Hamas. The refusal of Hamas to return the bodies is a violation of international law, the family told the EU representatives.

The family also recently met members of the European Parliament, from the Netherlands, Romania, and Hungary who promised they would take action to help them.

After the meeting, Giaufret clarified that humanitarian aid to Gaza and the return of the bodies are not conditional on each other, but both issues need to be addressed.

“The bodies of fallen and captives held in Gaza have to be returned to their families. As we work to address the humanitarian situation in Gaza this humanitarian issue is not to be forgotten. No parents should suffer this,” he wrote on Twitter.

Last week 400 IDF reservists who fought during the war launched a campaign to ask Prime Minister Binyamin Netanyahu to work harder for the return of the bodies of the missing soldiers. The reserve soldiers returned the medals of valor they received for their service during Operation Protective Edge and wrote in an open letter to Netanyahu that the wounds of the 2014 war would not close until the soldiers’ remains were returned to Israel.