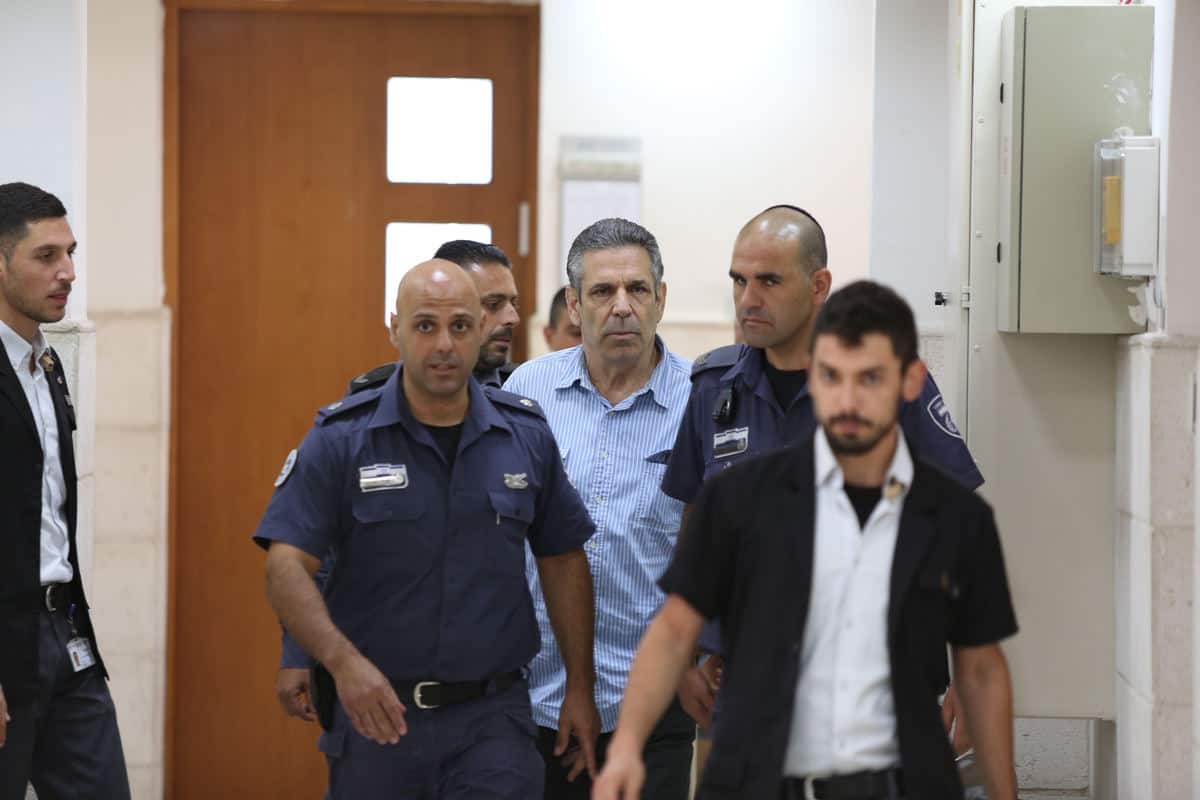 The trial of Gonen Segev, a former Israeli minister accused of spying on the state on behalf of Iran, commenced at the Jerusalem District Court Thursday.

The former minister is accused of spying and transferring secret information and knowledge to Iran since 2012, including information he accumulated during his tenure as Israel’s energy minister from 1992 to 1995, with the aim of harming Israel state security.

According to the indictment that was published on Wednesday, the former minister met his Iranian operators over a period of six years in various countries around the world, including a meeting in Iran with intelligence officials there.

“We believe and hope that at the end of this process this affair will return to its natural dimensions and will receive the correct proportions,” said Segev’s attorney, Moshe Mazor.
Prosecutor Geula Cohen of the Jerusalem District Attorney’s Office said the case is under a gag order and most of the details can’t be published.

“This is a serious affair. When a former minister spies for an enemy state, a country at the top of the list of enemies, it is hard to ignore the severity of the acts, ” she said.

This is not Segev’s brush with the law: In 2005 he was convicted for smuggling ecstasy tablets into Israel and forging a diplomatic passport, for which he served a five-year jail term.

After he was released, he relocated to Nigeria, and lived there until he was arrested while attempting to enter Equatorial Guinea in May, and was extradited to Israel.