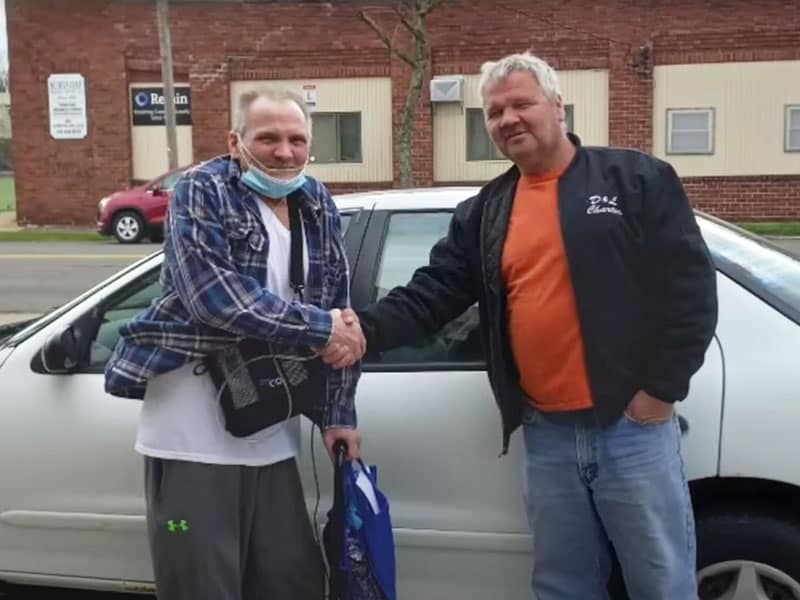 An unfortunate circumstance happened to a disabled man when robbers stole his car has turned into a huge blessing after a Good Samaritan offered to give him a car for free!

Stolen Car From Man With Disability

An Ohio man was deeply heartbroken when he learned his 1997 Saturn sedan vehicle had disappeared. He parked his car at the apartment parking. But some robbers still managed to steal it cunningly. 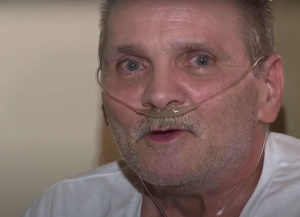 Robert Turner has been battling acute chronic obstructive pulmonary disease (COPD). For that reason, he needed consultation from the doctor once a week. And having his car to travel to and from the hospital greatly helped him in his doctor’s appointments. That’s why when it was stolen, Robert went through a rough patch.

Unbeknown to Robert, a huge blessing from God was coming his way amid his loss. After the incident made headlines on the news, a Good Samaritan was convicted to help him.

Doug reached out to Robert and offered him the biggest blessing he would have never imagined—a car full in tank. He also provided the Ohio man the “license, title, and transfer fees” free.

The act of kindness left Robert speechless and amazed. 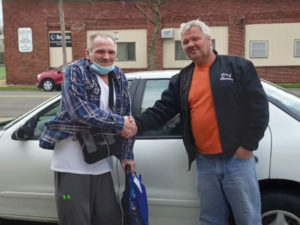 “It was hard to describe, honestly, the way everything has been,” he said in an interview. “And then somebody actually doing something like that, it was just unbelievable.”

Doug displayed such a generous act; one can’t help but think how he remarkably demonstrated the love of Christ.

Soon after, the police discovered Robert’s vehicle had already been destroyed. Even if it was discovered, Robert could no longer use it.

It’s incredible how God turned all things for good for Robert. May his testimony bring hope and inspire others to trust God more even with all life’s troubles and tribulations.