BREAKING
Lay Aside The Old Self
Ben And Jerry’s Staying In Israel, But Founders Aren’t Doing The “Chunky...
Israel Has a New Prime Minister
Home Articles The Good Things We Don’t Usually See In The Mainstream Media Amidst The George Floyd Protest 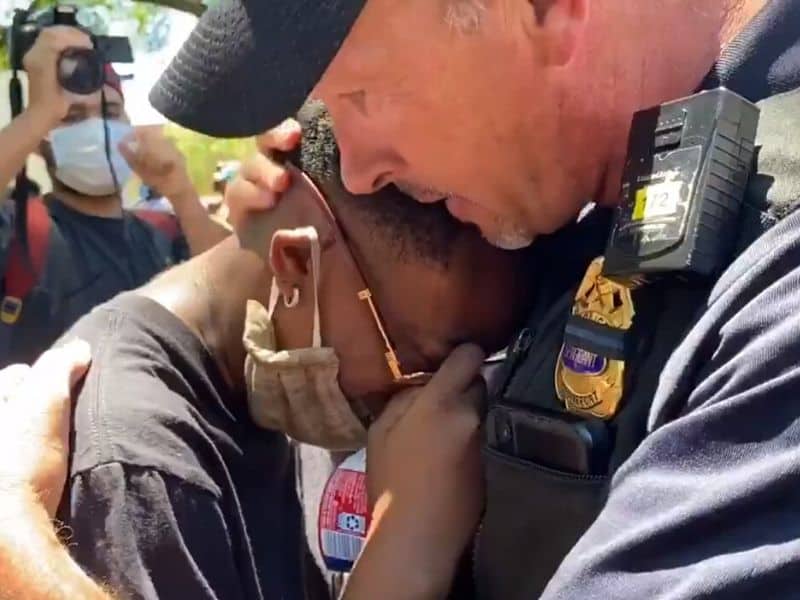 George Floyd’s death on May 25 sparked protests all over the country of America within the succeeding days. However, the intended peaceful rallies escalated into wild riots. It resulted into looting, destruction of properties and even injuries from both parties involved. Subsequently, mainstream media is filled with reports of violence from the event. But there are happenings amidst the George Floyd protest that we should put light on to ease the negativity and hatred in the community.

One scenario is in the picture below. Alberta Press reported that the incident happened in Kentucky. Apparently, a group of protesters protected a police officer who was separated from his squad. They surrounded the cop to prevent any kind of fighting.

People who saw their gesture commended them, “This is how we heal our divide. This is the kind of kindness we should all afford each other. God bless these people,” username Atlas Gaunt said in Twitter. Their action solidifies their cause that all lives matter regardless of race and background. 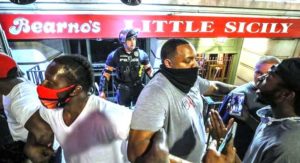 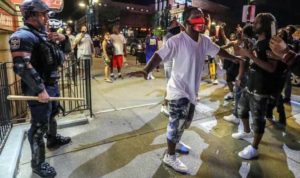 While in Shreveport, Louisiana, a video clip showed a police officer comforting a teenage protester during their Black Lives Matter March last Sunday. Raw Story said that the “protester was one of the many heartbroken and scared of the police presence.” The officer consoled the sobbing young protester saying, “I feel your pain.. We’re all here with you.”

#ShreveportProtest Confederate statue supporters were also at the protest.

After speaking with them, this protester & a SHREVEPORT officer had an emotional connection with everything happening in America.

Sean Feucht, founder of Burn 24/7 ministry, shared a video on his Facebook page. The video recorded a group of people kneeling on the streets of Minneapolis, praying for their city. “They are praying for unity and love to fill the city,” he said in his caption.

Another situation is what happened in Miami. Protesters gathered outside of the Coral Gables station house according to Fox News. The police officers knelt in front of the protesters and asked for forgiveness. “Instead of escalating the situation, police and protesters came together, taking a knee to join in a moment of peace and prayer.” 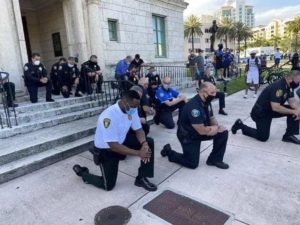 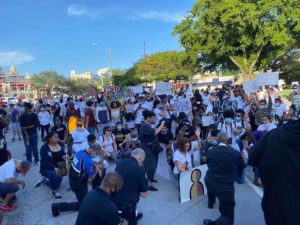 Despite the ongoing tumults, we continue to believe what the enemy meant for evil, God is able to turn around for good.