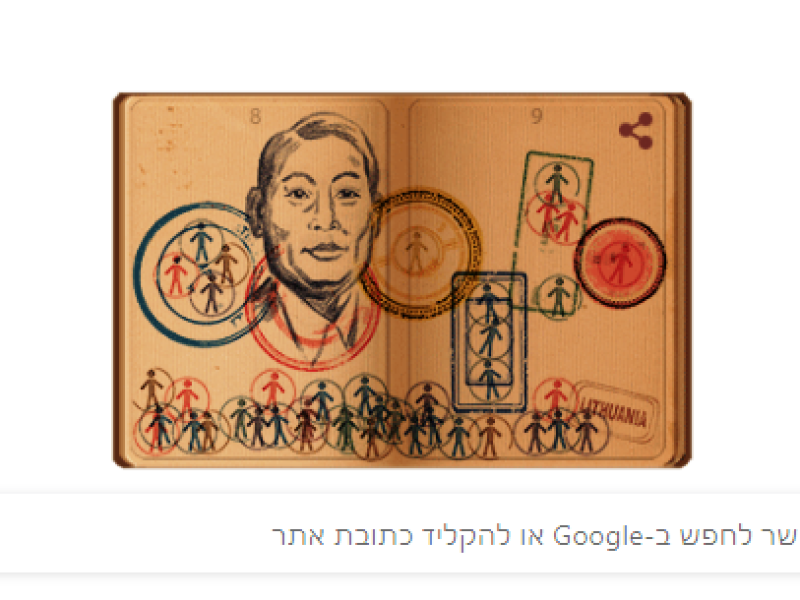 Google has honored the late Japanese diplomat Chiune Sempo Sugihara, who worked to save Jews fleeing the Nazis in the Holocaust, by dedicating Monday’s Doodle to him.

A Google Doodle is a logo or picture that appears temporarily on special occasions in place of Google’s permanent logo on the homepage and is intended to commemorate holidays, events, achievements, and notable historical figures.

As vice-consul at the Japanese Consulate in Kovno, Lithuania’s capital, Sugihara risked his life to save thousands of Jews. He issued between 2,100 and 3,500 transit visas and saved some 6,000 Jews, papers which later came to be known as “visas for life.”

In 1984, Yad Vashem, Israel’s Holocaust memorial, recognized Sugihara as Righteous Among the Nations.

In 2016, Israel named a street in the coastal city of Netanya after the late Japanese diplomat to mark 30 years since his death. Many of those saved by Sugihara ultimately came to reside in Netanya.

For just $100 per month you can bring the gospel to 10,000 homes. Join us as media missionaries! GIVE NOW
VIEW COMMENTS
« The Climb – An Adventure With God In Africa Netanyahu to Immigrants from Ukraine: ‘Here is Your Home’ »