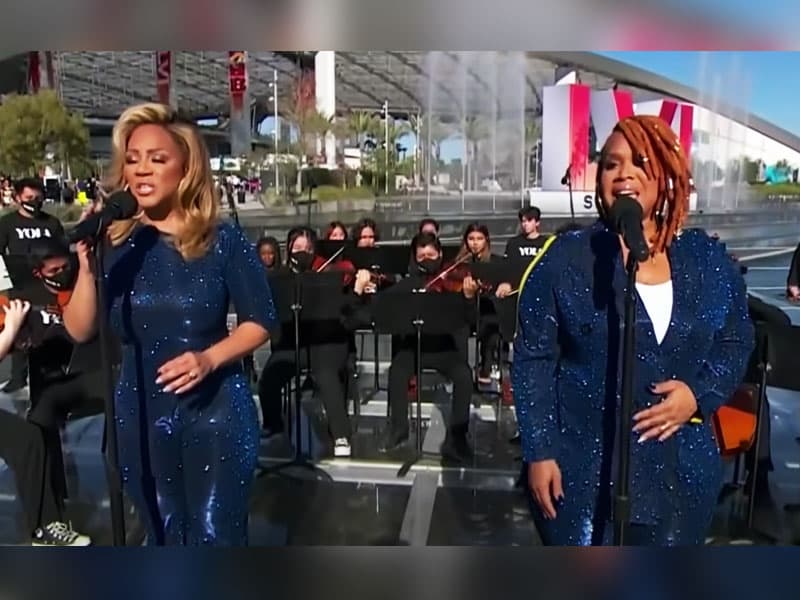 The game between Cincinnati Bengals and Los Angeles Rams was held at the SoFi Stadium in Inglewood, California. And the singing duo, Erica Campbell and Trecina Atkins-Campbell, lived in that same place. At Super Bowl, they sang before the game started and belted an encouraging song to welcome the audience. 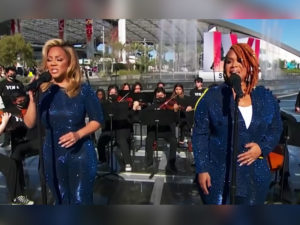 Together with the equally talented accompaniment, LA Phil Youth Orchestra, they performed a beautiful rendition of ‘Lift every voice and sing.’

The song is truly encouraging as it speaks of hope and faith amid life’s challenges. To never give up and keep on going the march of life till the victory is won.

But of course, to us believers, our victory is found in God alone. Deuteronomy 20:4 says, “For the LORD your God is the one who goes with you to fight for you against your enemies to give you victory.”

A user named Lajoy Gentry wrote, “Them harmonies snatched me up out my seat at the end! A round of applause is in order to #MaryMary!”

Also, another wrote, “They literally sound like 4 people singing. They are some of the best vocalists of our time. And they from the wood too! West produces the best. Killa Cali all day!!!”

The video has reached more than 220,000 views since NFL shared it on YouTube.