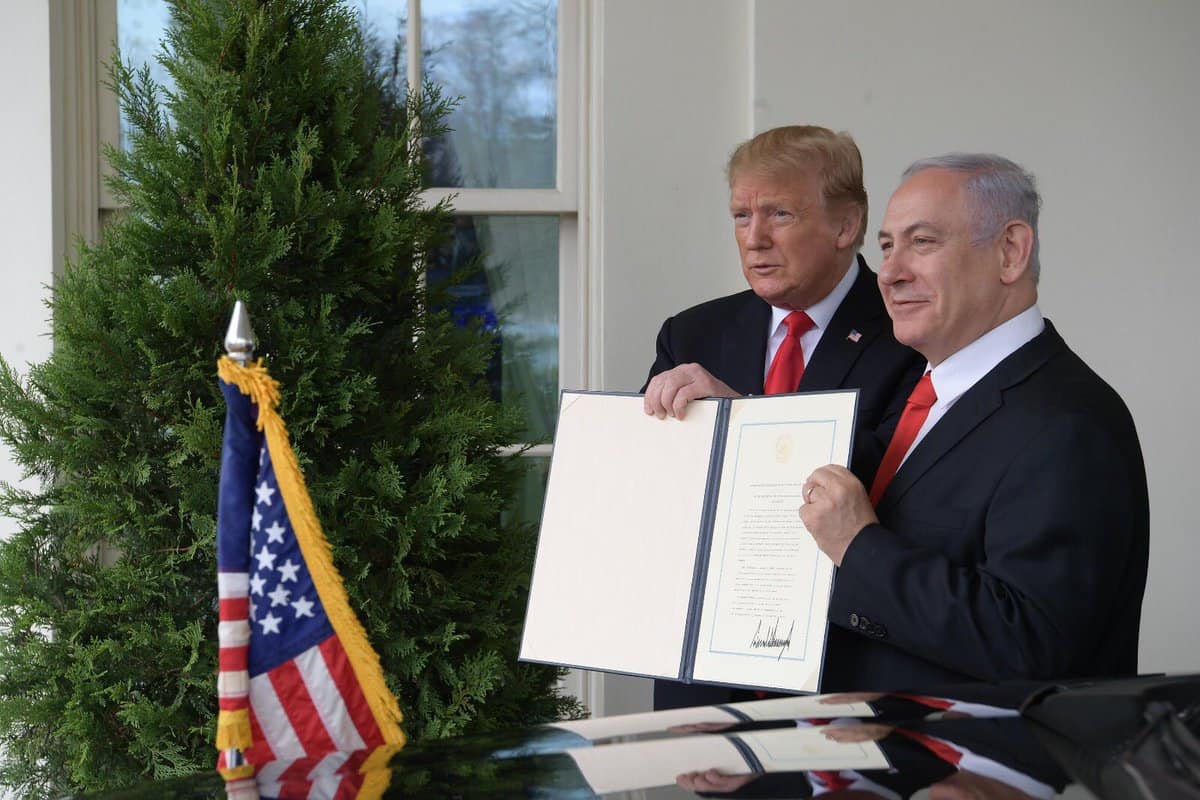 The government on Sunday approved plans for the establishment of Ramat Trump (Trump’s Heights) in the Golan Heights, named after the US’ 45th President Donald Trump.

The government tasked the Ministry of Settlements Affairs with establishing the first nucleus of the community, which is planned for 300 families.

Prior to the vote on plans, Prime Minister Benjamin Netanyahu commended Trump and Secretary of State Mike Pompeo for their decision to impose sanctions on the International Criminal Court (ICC) in The Hague.

“The court in The Hague is a political body that is hostile toward Israel, the US and other democracies that respect human rights even as it ignores other countries that violate human rights, especially – of course – the terrorist regime in Iran,” Netanyahu stated during the weekly Cabinet meeting.

“The court invents absurd accusations against the State of Israel, including the scandalous claim that the presence of Jews in the heart of our homeland constitutes a war crime. This contravenes common sense, it contravenes international law since the San Remo Conference 100 years ago and it contravenes justice,” he added.

“I thank President Trump and the American administration again for their stand on the side of truth and justice,” he said.

In June 2019, the government approved the establishment of Ramat Trump in honor of his recognition of Israeli sovereignty in the region.

Trump in March 2019 signed a historic Presidential Proclamation recognizing Israeli sovereignty on the Golan Heights during Netanyahu’s visit to the White House.

The proclamation states that “any possible future peace agreement in the region must account for Israel’s need to protect itself from Syria and other regional threats. Based on these unique circumstances, it is therefore appropriate to recognize Israeli sovereignty over the Golan Heights.”

Israel gained control of the strategically important Golan Heights during the 1967 Six-Day War. The Knesset voted to annex the Golan Heights in December 1981.

Israel has deep historic roots in the area.

The population on the Golan Heights grows on an annual basis and today stands at approximately 50,000.

Several countries, including Russia and Canada, have stated said they would not recognize Israeli sovereignty over the Golan.