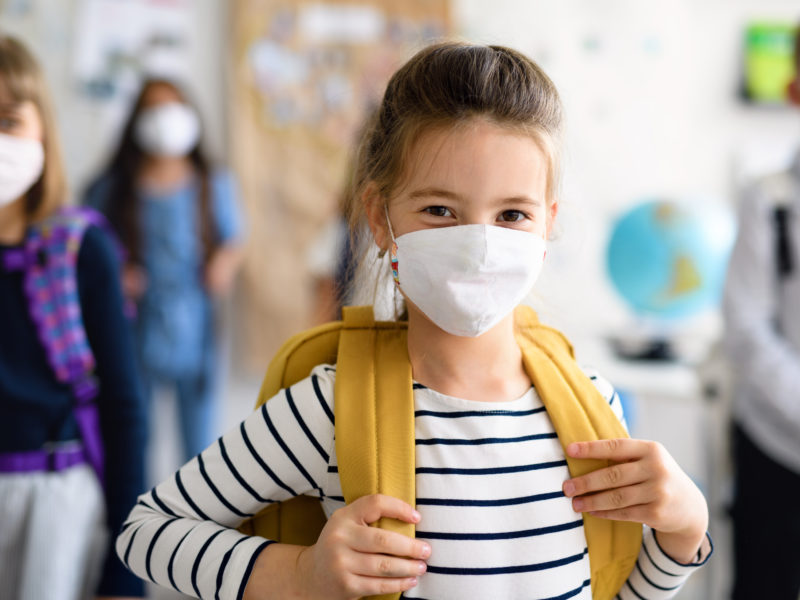 Prime Minister Benjamin Netanyahu convened the Coronavirus Cabinet on Tuesday night to discuss the gradual opening of the education system and the economy and announced the slow opening of school, a process that will take a month.

The Corona Cabinet approved in principle the Health Ministry’s outline for the gradual three-phased opening of the education system.

The first phase, which will commence on Thursday, calls for the opening of kindergartens and up to 4th grade in Green and Yellow cities with a low number of COVID-19 patients.

In borderline Orange cities, in which over 70% of people aged 50 and over have been vaccinated, classes will be as in Green and Yellow cities.

In the remaining communities, the vast majority of the country, educational activities with up to 10 people will be permitted in open areas. Otherwise, classes will continue through Zoom

The second phase, estimated to begin on February 23, calls for the opening of grades 5, 6, 11, and 12 in Green and Yellow cities as well as in borderline Orange cities with over 70% vaccination.

The third phase, which will begin on March 9, calls for the opening of the remainder of the educational system.

Prime Minister Benjamin Netanyahu stated Tuesday during a visit to the Clalit Health Services clinic in Zarzir that Israel is “in a national emergency situation.”

He shared “an unsettling piece of data: last month, in the past 30 days, 1,536 people have died from the coronavirus in Israel. Over 97% of them were not vaccinated. Less than 3% of them were vaccinated.”

“We are a nation of vaccines. We have vaccines for every citizen – for everyone. On Sunday another 1 million vaccines arrived. Therefore, if you are being vaccinated, you are saving your lives. There is no reason why you should risk death,” he stated.

Touching on the opening of the school system, he said that the reason that it is opening gradually is that there are around 2.5 million children, and “when there is the British mutation running amok, they could infect their parents who are in their forties and fifties.”

The UK, South African, and Los Angeles variants have been discovered in Israel. The UK variant has been blamed for an increased infection rate, dangerous infections in pregnant women, and a spike in illness among children.

“We are trying to do this gradually so that the children will not infect others and will not be added to the severe cases that are crowding the hospitals and will, afterwards, fill the cemeteries. Therefore, we are doing this gradually,” he explained.

“We are catching up to the disease. We have the possibility of exiting the disease with minimal damage. However, a last effort must be made in a gradual and responsible manner,” he declared.

Deputy Health Minister Yoav Kish expressed optimism Wednesday when he noted that, for the first time in a month, the number of Corona patients in severe condition dropped below a thousand.

In an interview with Israel Radio, Kish said that “we have dropped below a thousand patients whose condition is serious – 993. The rate of positive corona tests in the last day was 7.7%. We are finally seeing the beginning of the effect of the vaccination campaign.”

Over 3,609,000 Israelis have received the first dose of the Pfizer-developed COVID-19 vaccine, some 39.1% of the population.

The Ministry of Health updated Wednesday that it documented 6,062 new COVID-19 cases over the past day.

Of the 80,928 tests done on Tuesday, 7.8% returned positive, the lowest figure in three weeks.

A high number of 1,020 patients hospitalized with Corona are in serious condition, 317 of them are on life support

Israel passed a landmark on Tuesday when it recorded over 70,000 cases since the outbreak.

5,233 Israelis have died of the virus since the outbreak in the country almost a year ago.

For just $100 per month you can bring the gospel to 10,000 homes. Join us as media missionaries! GIVE NOW
VIEW COMMENTS
« Israeli Test of Drone Flights in GPS-Denied Environment Paves Way for Autonomous Drone Delivery Your Spirit Walk Is Thinking, Walking, And Being In Step With The Spirit »