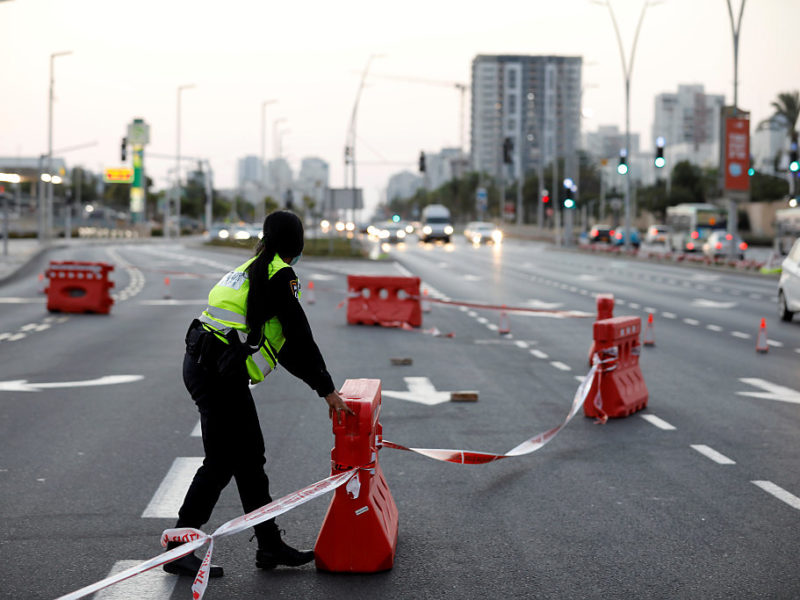 The government approved early Thursday morning a decision to place the entire country under a very tight closure, as part of the fight against the spread of the Coronavirus (COVID-19) and after a six-day looser closure has achieved nothing.

Following a two-day debate that began on Tuesday afternoon, the government decided that the closure will begin on Friday and will last at least until the end of Simchat Torah two weeks later.

As part of the lockdown, everything that is not defined as essential will be closed, prayers and demonstrations will be allowed in capsules of 20 people and within a radius of one kilometer from one’s place of residence.

In addition, public transportation will be reduced.

Food and pharma shops and vital service providers will be allowed to continue operating.

A special outline will be set for prayers on Yom Kippur, the holiest day in the Jewish calendar. Synagogues will be closed on the holidays of Sukkot and Simchat Torah.

The closure still requires further approval of the Knesset.

Prime Minister Netanyahu on Wednesday night stated that Israel is at “the moment of truth. The second wave of the Corona is hitting the world and hitting us as well. The morbidity is rising. The number of serious patients is rising and unfortunately also the number of dead. In the last two days, we have heard from the experts that if we do not take immediate and difficult steps – we will reach an abyss.”

“To save the lives of the citizens of Israel, we must impose a full closure for two weeks. Then we will continue with another two weeks of closure which I hope will be with fewer restrictions. Then we will return to work according to the traffic light plan,” he explained.

“It is better to do it now, during the holidays, when the economy is in slower gear,” he asserted.

The most significant difference between this second lockdown and the first March-April closure is economic activity. The previous closure allowed for 30% activity in the private sector. Under the current proposal, this too will be banned.

Senior economic officials are warning that a hermetic closure of the private sector is a fatal blow to the economy.

Finance Minister Yisrael Katz voted against the government’s decision to impose a tight closure on the private sector, asserting that “it was possible to take steps to curb the spread of the virus without fatally injuring factories and businesses in the private sector, which do not receive an audience and follow the instructions of the Ministry of Health very carefully. The economic resilience of the State of Israel is part of the national resilience and must be maintained.”

Governor of the Bank of Israel Amir Yaron supported Katz’s position, as well as the Corona project manager Roni Gamzu, who proposed maintaining a 50% level of activity in the private sector.

The Ministry of Health updated Thursday that it registered 6,808 new cases in the past 24 hours.

A high number of 667 patients are hospitalized in critical condition, of whom 164 are on life support.

According to the data, of the total 206,332 Israelis infected with the virus, 1,335 patients have died since the outbreak of the virus in Israel in February.

For just $100 per month you can bring the gospel to 10,000 homes. Join us as media missionaries! GIVE NOW
VIEW COMMENTS
« Father’s Hilarious Dance During His Son’s Chemo Treatment Applauded By Thousands 10 Reasons To Never Stop Praying »