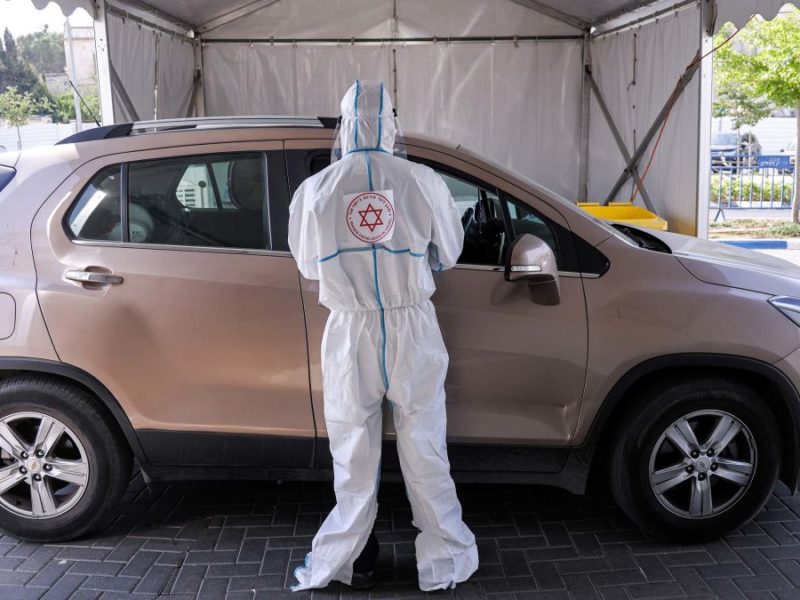 The government met on Tuesday to discuss a possible ease on the countrywide Coronavirus (COVID-19) lockdown and decided to extend it until Sunday while remaining undecided on how to commence with an exit strategy.

After five hours of deliberations during which an exit plan was discussed and after several hours of discussion before the meeting, the government announced that the current regulations will be extended until Sunday, and that another discussion will be held on Thursday to evaluate a preliminary move for the exit plan, according to the morbidity data, including the opening next week of small businesses that do not receive the public, kindergartens and take-out from restaurants.

In the meantime, the infection rate in Israel continued on an encouraging trajectory.

The Ministry of Health updated Wednesday that it recorded 2,255 new Corona cases in the past 24 hours.

Of the 44,000 tests done Tuesday, 5.4% returned positive, a significant drop from the15% seen just two weeks ago and the lowest number since July.

However, a report by the Corona Information and Knowledge Center stated that the average daily infection rate in the past week is still significantly higher than the values that will enable Israel to deal effectively with the cutting of infection chains.

808 patients are hospitalized in serious condition, of whom 240 are on life support.

Of the 297,274 Israelis who contracted the virus since the outbreak in the country in February, 2,055 have died.

Israel continues to be among the leading countries in the world, in terms of population size, in the number of Corona deaths.

For just $100 per month you can bring the gospel to 10,000 homes. Join us as media missionaries! GIVE NOW
VIEW COMMENTS
« Simchat Torah: The Celebration Of The Making Of Man “Follow Your Heart” To The Movies »