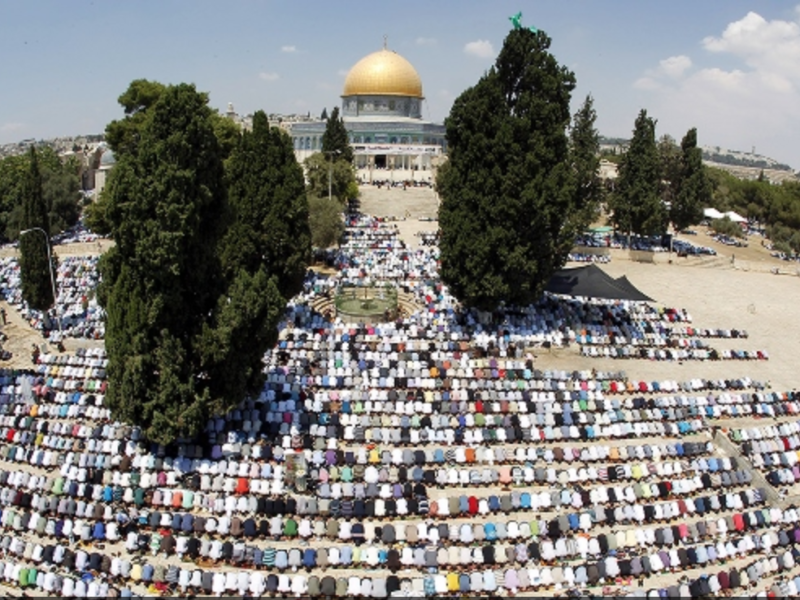 The Corona Cabinet will convene Monday to discuss the state of the Coronavirus (COVID-19) pandemic in Israel and to tighten the closure on Israeli citizens three days after a country-wide lockdown came into effect.

Before Rosh Hashanah commenced on Friday night, Prime Minister Netanyahu tried to pass a decision to tighten the closure, but due to a tight schedule and difficulty in approving the move quickly in the government and the Knesset – the decision was postponed for several days and will be discussed in the Corona Cabinet on Monday.

The country entered a second full lockdown on Friday afternoon for at least weeks, another desperate attempt by the government to stem the spread of the virus in Israel.

Some 7,000 policemen and troops deployed 38 roadblocks on major routes to block the passage between the various cities.

Rosh Hashanah prayers were held in parks, parking lots and on balconies.

The police registered 6,943 reports over the two-day holiday, mostly for citizens caught leaving their homes for no justified reason.

A restaurant owner who opened his place to diners at the flea market in Jaffa was fined NIS 5,000. Four businesses in the village of Jadeidi-Makr were fined NIS 5,000 after they opened during the closure.

A business owner from Abu Ghosh was arrested with two other family members after attacking police officers who came to enforce the closure regulations.

While the number of employees allowed to arrive at their workplaces was limited, significant traffic was registered on the roads on Monday morning after the holiday ended, with the roadblocks causing heavy congestion but not causing motorists to stay home.

The Ministry of Health updated Monday that it registered 2,565 new cases in the past 24 hours. The numbers of registered new cases were low due to the Rosh Hashanah holiday.

A high number of 643 patients are hospitalized in critical condition, of whom 170 are on life support.

Director-General of the Ministry of Health Prof. Hezi Levy ordered the hospitals on Monday to cancel all non-urgent activities because of the state of emergency.

According to the data, of the total 188,760 Israelis infected with the virus, 1,256 patients have died since the outbreak of the virus in Israel in February.

For just $100 per month you can bring the gospel to 10,000 homes. Join us as media missionaries! GIVE NOW
VIEW COMMENTS
« Honduras Will Open Its Embassy In Jerusalem By End Of 2020 Enduring Gut-Wrenching Pain To Find Your New Beginning »