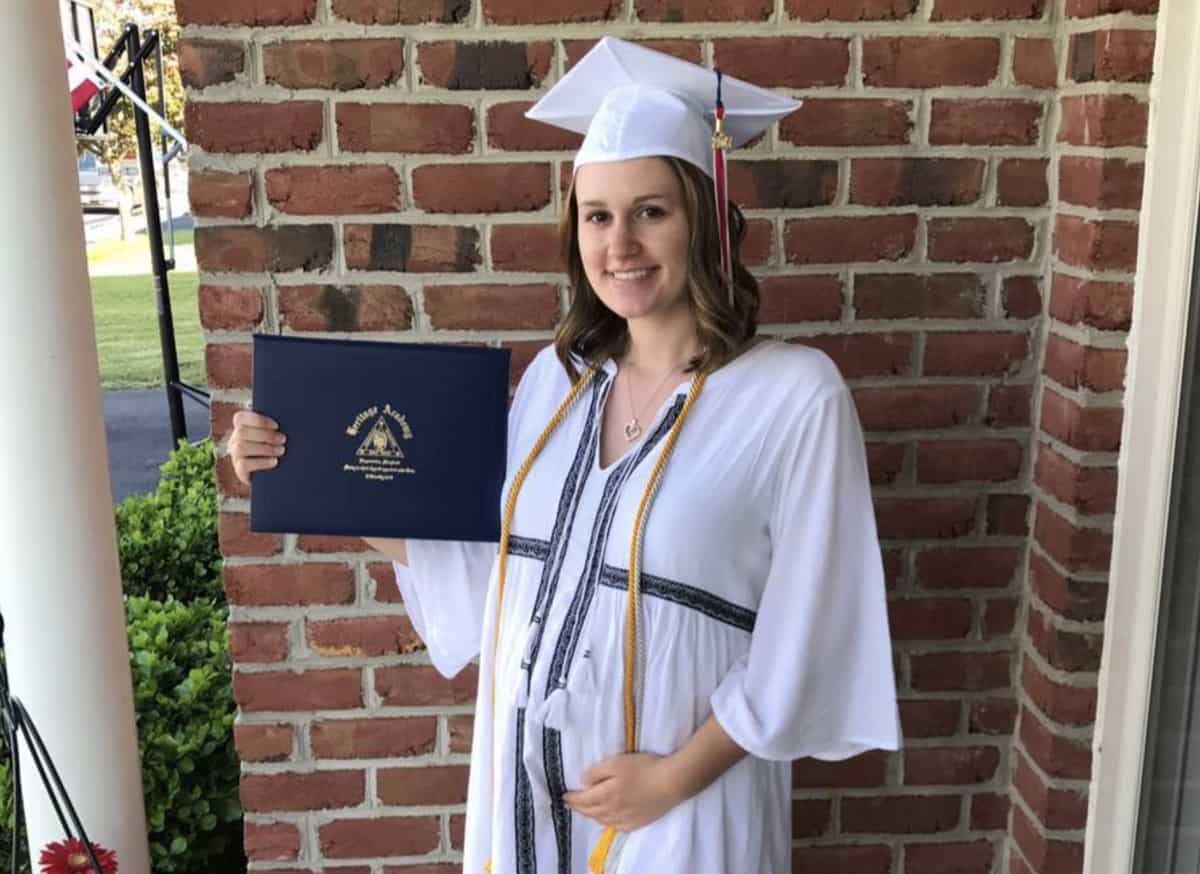 Eighteen-year-old Maddi Runkles received her high school diploma last weekend – at an alternative graduation ceremony at church in Boonsboro, Maryland. Maddi was banned from her Christian school’s graduation ceremony, removed from her student council position, and labelled “immoral” by the school’s administrator. So what did she do? Where do we draw the line between righteousness and grace?

Maddi is pregnant, and she decided to keep her baby – a decision she now questions due to the heartache of judgment and condemnation. Her story underscores the importance of grace and the unintended consequences of punishment.

Heritage Academy takes purity seriously. Founded in 1969 by parents who earnestly prayed for a Christian school that would teach God’s Word, the school submits all students to a nine-point statement of faith based on Philippians 4:8. This pledge prohibits sex outside of marriage.

But Maddi broke the purity pledge by having sex with a student from another school. When she started to show visible signs of pregnancy, she knew she was in trouble. After publicly admitting to breaking the purity pledge in an emotional speech in front of the student body, this stellar student with a 4.0 grade point average was hoping for grace. But as far as the school’s administration went, that grace never came.

Maddi received national attention as she began to question why the administration barred her from her own graduation. The New York Times picked up her story, spurring a debate about how Christian circles handle unexpected pregnancies: grace or shame? The article reports that a majority of young evangelicals have premarital sex, and over half of women who have abortions identify as Christians.

It seems that many Christian women who become pregnant outside of marriage feel that they have no other choice but to have an abortion – to avoid the inevitable Scarlet Letter. But Maddi chose life, and she has suffered the consequences.

The school’s administrator, David Hobbs, stood firm in his decision to ban her from graduation. Responding to pro-life advocates who protested that young women should not be punished for keeping their babies, Hobbs remarked, “Maddi is being disciplined, not because she’s pregnant, but because she was immoral.”

Hobbs wouldn’t budge on the decision, forcing Maddi’s conflicted father to resign his post as school board president. Mr. Runkles believed that the two-day suspension invoked by the school board had been enough punishment for Maddi, and now claims that the school’s overbearing punishments have ruined his daughter’s senior year.

This hard-nosed edict issued by the administration has had one major unintended consequence, causing Maddi to question whether she should have kept the baby: “Honestly … maybe the abortion would have been better. Then they would have just forgiven me, rather than deal with the visible consequences.”

Rick Kempton, chairman of the board of the Association of Christian Schools International commented, “There’s a biblical term that many Christian schools use, and it is the whole idea of grace: What would Jesus do?”

Or how about what did Jesus do? When the scribes and pharisees brought a woman who had committed adultery to Jesus and asked him what to do, he replied, “Let him who is without sin among you be the first to throw a stone at her” (John 8:7).

While there were no stones thrown at that woman or at Maddi, it cannot be denied that Maddi has been punished and has felt extreme shame.

Maddi calls her unborn son a “blessing” and plans to raise him with the help of her parents. In addition, she plans to start a chapter of Embrace Grace, an organization that works with churches to help unmarried, pregnant women.

As you go about your day, will you choose to extend a hand of grace?