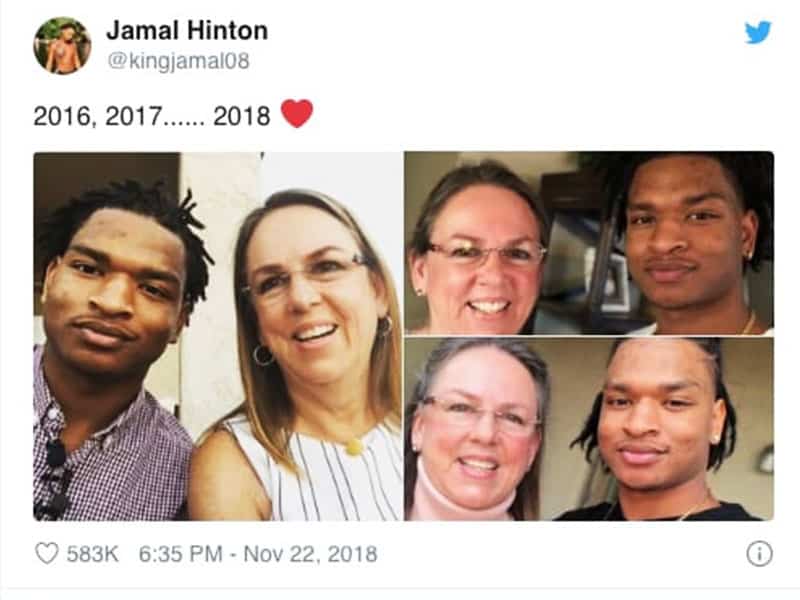 Jamal Hinton and Grandma Wanda Dench have a unique friendship. They started off as strangers after Wanda sent a text message to the wrong number which happened to be Jamal’s on Thanksgiving day.

In 2016, the Grandma sent a invitation to Thanksgiving dinner that intended for her grandson. However, she sent it to a stranger instead. Jamal was 17 years old at the time. He was sitting in class when he received the invitation. He was puzzled by the text from someone claiming to be his Grandma. He replied back with a selfie. Jamal let Wanda know he wasn’t her grandson. But he asked if he could still join them for Thanksgiving dinner.

“Of course you can. That’s what grandmas do…feed everyone!” she said heartwarmingly.

Sharing A Thanksgiving Meal With A New Friend

“He was just as nice as can be. We got to eat food, and he told me about his plans for the future, and I’m just so excited for him.” Wanda told CNN in 2016.

Jamal also commended her in an interview with Time, “She’s a great cook and she’s a great person to just hang out with.” 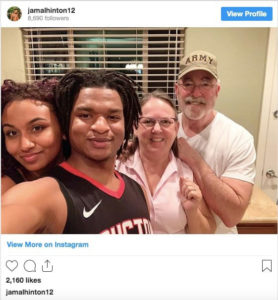 Since then, the Arizona Grandma and Jamal have shared Thanksgivings together. However, in 2019 Jamal and his girlfriend Mikaela joined Wanda and her family for the celebration.

“Mikaela, his girlfriend, invited us over to her aunt’s house for Thanksgiving, and I said yes before I even think she finished her sentence,” said Wanda excitedly, now 62 years old.

“So I am excited to go to her aunt’s house and meet everybody and not have to cook,” she told TODAY.

Over the past few years, the two strangers have become close friends. They have even gone on double dates together. And above all, their story is an inspiration to others. 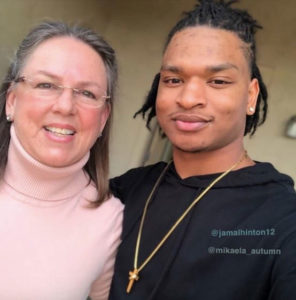 “The first dinner, I don’t think we really got to talk that much, because it was so much going on at the moment. But after that, when we actually got to sit down and have dinner and get to know each other, it was actually pretty great,” Jamal told TODAY.

He concluded, “I love it. I love how people are coming together and seeing the good in this story, and how much the world loves it. It’s great vibes.”

For just $100 per month you can bring the gospel to 10,000 homes. Join us as media missionaries! GIVE NOW
VIEW COMMENTS
« Bethel Church Hosts 17th Annual Thanksgiving Celebration Final Words Of A Missionary Pastor To Wife, “I’m Going Out To Evangelize” »