Supermodel Hailey Bieber shared about her faith in the Elle’s 2020 March issue. She discussed how her faith in Jesus greatly influenced her marriage to pop star Justin Bieber.

Hailey and Justin first met when they were just kids. Stephen Baldwin, Hailey’s father, introduced the two. The model was 19 when they first began dating. However, during those times, she revealed to Elle that they were “going in very different directions.”

Later on, both the stars reconnected when they met again at a church conference. 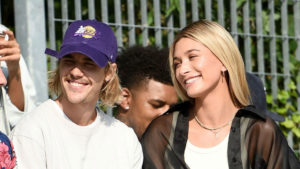 “We ended up being at this church conference together in Miami, and it was the first time we’d seen each other in a while. I remember we were hanging out and I was like, ‘Listen, I’m really, really happy for us to be friends again. I want us to always be cool and be friends.’ He was like, ‘Yeah, here’s the thing: We’re not going to be friends.’ And I was like, ‘Oh. Is that so?’ ” she recounted. 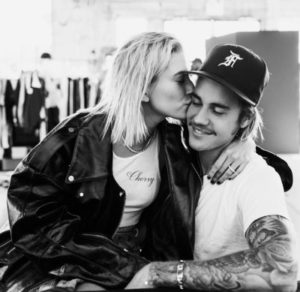 When Justin and Hailey met at the conference, they were already changed people. Both of them now had a genuine relationship with God. She said it was what solidified their reunion.

“Being able to share that with each other—to have that bond of faith and spirituality—is so [critical] for us. It’s the most important part of our relationship, following Jesus together, being a part of the church community together. It’s everything,” the 23-year-old said.

How Hailey Bieber Rekindled Her Relationship With God

In the interview, the star also shared how she grew up in a non-denominational church near Nyack, NY. But she never really understood her parents’ faith until she moved to New York City.

“As I got older, it got harder to follow church and the Bible because it felt very adult. I don’t want to sound wrong, but it was boring. I didn’t care about it anymore, until I found a church I felt was geared toward young people,” Hailey Bieber explained. “And for me, that was the Hillsong Church in New York City.”

Hailey found a church family in Hillsong New York where she felt she belonged and understood.

“It started to feel like my own little community of people who were also young and following God and just immersed in a church community,” she explained.

Hailey’s Aunt On The Bieber Couple

Chynna Phillips, Hailey’s aunt, also recently commended the Bieber couple for their faith. She is also a devoted follower of Christ who hosts Bible studies in Los Angeles.

“They are awesome examples of what it is to be a Christian and I feel like they’re going to help pave the way for other young people to see it in a new light and see that Christianity is cool,” she told Page Six regarding Hailey and Justin.

Moreover, Justin revealed to Vogue magazine in 2019 how they waited to have sex until marriage. The pop star said he vowed to God to chasten himself after battling sex addiction.

Today, Justin and Hailey regularly see a couples counselor and look to their pastors and church community to help them build a solid foundation. They are fully committed to the covenant of Christian marriage and the work it takes to sustain love. This is truly wisdom. We pray the Lord blesses this couple!

“Everyone therefore who hears these words of mine, and does them, I will liken him to a wise man, who built his house on a rock. The rain came down, the floods came, and the winds blew, and beat on that house; and it didn’t fall, for it was founded on the rock.” (Matthew 7:24-27)