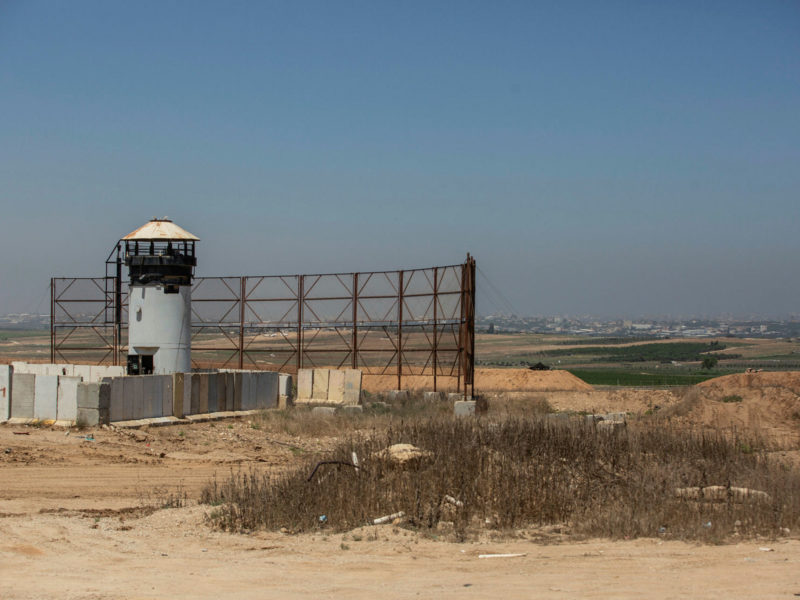 Hamas has augmented its forces along the Gaza Strip’s border with the aim of blocking infiltration attempts by Gazans seeking Jobs in Israel.

A Hamas source currently in Turkey told TPS that he estimates that the phenomenon of Gazans seeking to find jobs in Israel will grow because the dire economic situation in the Strip is pushing the infiltrators to “gamble with their lives.”

Most recently, IDF forces on Monday night captured an armed Arab who illegally infiltrated Israel. The IDF stated that the suspect was arrested in the vicinity of the fence and that he was armed with a knife and was carrying two bullets.

These infiltration attempts happen several times a week, usually by Gazan Arabs seeking work in Israel. However, the Israeli forces treat each such incident as a potential terrorist attack.

The source further claimed that while Hamas is not seeking to escalate tensions on the border, it is facing tremendous inner pressure as a result of the economic situation in the Strip.

Tensions on the Gazan border have been high in recent days following several infiltration attempts by terrorists that resulted in the death of six terrorists in three incidents. Two IDF troops were injured in the first incident, but none in the other two.

The source further said that the economic situation is weakening even Hamas’ enforcement abilities.

He further charged that the elections in Israel are prompting Prime Minister Benjamin Netanyahu to gradually evade the understandings he has with Hamas, and especially on the issue of funds entering into Gaza. However, Hamas, which still sees itself obligated to the understandings, is losing ground on the streets of Gaza because of its inability to deliver.

Hamas is aware that a further escalation can prompt Israel to launch a broad offensive in the Strip, and therefore prefers the lower-level riots on the fence.

In the meantime, criticism of Hamas in Gaza is mounting.

Ahmed Yousef, a former adviser to Hamas leader Ismail Haniyeh, called on Hamas to admit its failure and change its course of action.

A decade of Hamas’ rule proves it is a liability which is leading to another Nakba (catastrophe), he wrote. Hamas should stop thinking is it a superpower, should cease its violence, its utilization of mosques for politics, and its militarization of the Gaza Strip, he demanded.

For just $10 per month you can bring the gospel to 1,000 homes. Join us as media missionaries! GIVE NOW
VIEW COMMENTS
« HBO’s ‘Our Boys’ Misleading Viewers About Israeli Societal Acceptance of Terrorism Israeli Politicians Visit Abbas, Who Wishes for Netanyahu’s Defeat in Elections »