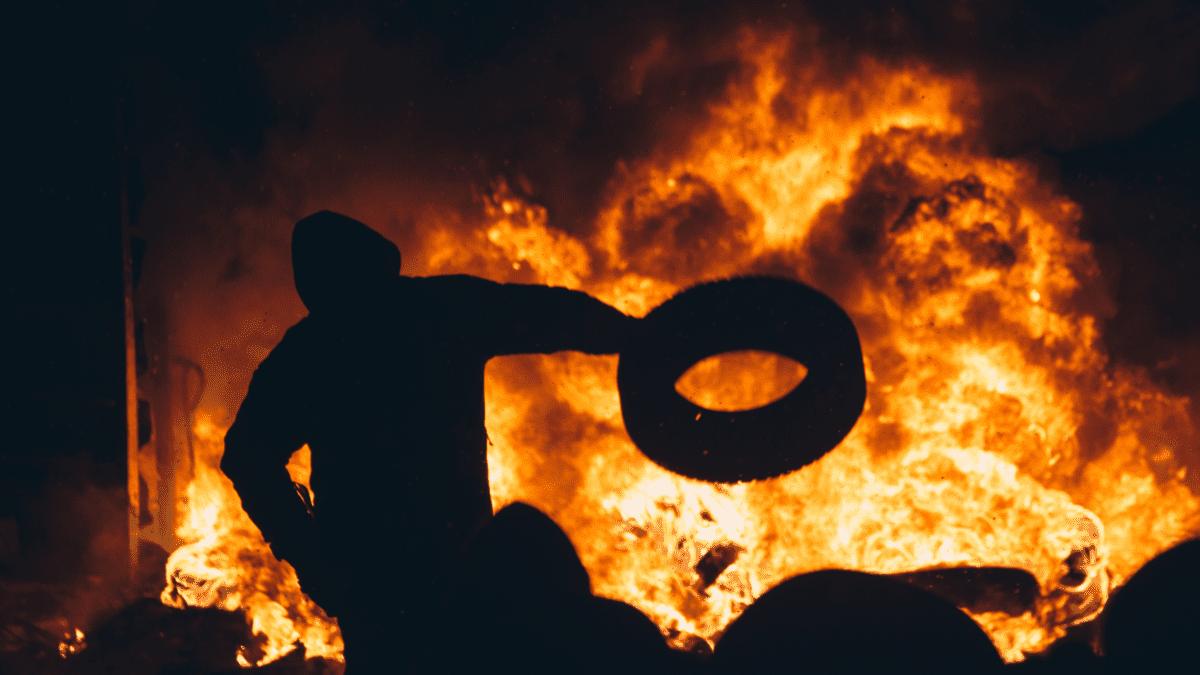 Despite a ceasefire in May, Hamas continues to stoke the fires of unrest, as “night confusion units” lead nightly riots of hundreds of Palestinians at the Gaza-Israel border. During the day, however, Israel has continued to let in construction materials for rebuilding the war-torn Gaza Strip, as well as expanding the fishing zone off of Gaza and permitting thousands of additional Gazans into Israel to work.

Since Sunday, the nightly riots have been ongoing, with Palestinians throwing explosive devices and rolling fiery tires at IDF soldiers stationed at the border. Also, over the past couple of weeks, a few missiles have been launched out of Gaza, and several incendiary balloons have made their way into southern Israel, setting fields on fire. One Israeli border police officer died after being shot in the head at close range during a protest a couple of weeks ago. Two Palestinians have been killed and dozens injured in the ongoing clashes.

“While people in Gaza lack basic necessities, Hamas uses its resources to incite violence and spread hatred,” the IDF tweeted.

On Tuesday, Israel allowed 165 truckloads of construction materials into Gaza, including cement, steel, and gravel, according to Bassam Ghabin, director of the Palestinian side of the crossing. While the building materials are intended for Gazans to rebuild homes, stores, and other parts of the community, over the years, the supplies have been routinely rerouted by Hamas leadership for the construction of terror tunnels.

IDF Chief Aviv Kohavi said, “Calm and security will allow an improvement in civil conditions, but rioting and terror will lead to a strong response or operation.”

In addition to opening back up the flow of construction supplies into Gaza, Israel expanded the Strip’s fishing zone to 15 nautical miles, the furthest permitted into the Mediterranean Sea since 2007, when Hamas took over. And Israel will allow an additional 5000 Gazans into Israel to work (on top of 2000 already allowed) as long as they are vaccinated or have already had COVID-19. Israel is also sending in more water to Gaza, 1.3 billion gallons. Gaza’s aquifers, which were constructed and maintained by Israel before they turned the area over to Hamas 14 years ago, have deteriorated, and access to water is another daily struggle for Palestinians living under the cruel rule of Hamas.