Hamas Source: Participation in the PA Election Will lead to an Improvement in Relations with the US | God TV
Articles 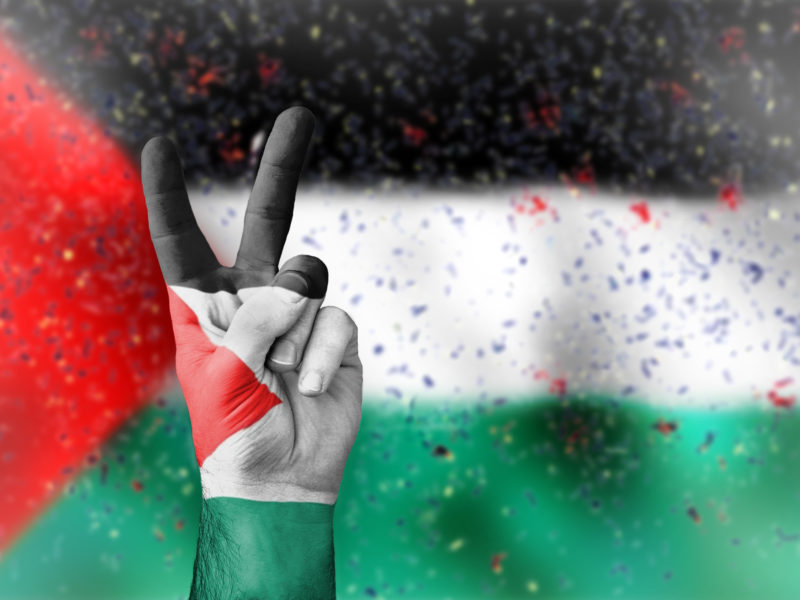 A senior Hamas official in the Gaza Strip told TPS that one of the considerations that has guided the organization since Biden’s victory in the US election and which led to its agreement to run in the Palestinian Authority (PA) elections is the understanding that the Biden administration is expected to safeguard Hamas’ interests, to change his attitude toward the organization and even create a channel for dialogue with him by being part of the leadership and the legitimate Palestinian Authority.

This statement is not surprising in light of a series of statements by senior Hamas figures that point to the understanding that the Biden administration may secure the interests of the extremist Islamic organization, under certain conditions.

Musa Abu Marzuk, one of the leaders of the Hamas leadership, referred to Biden’s victory on Tuesday and said that although “he is a greater supporter than Trump of the occupation, Trump differs from Biden in terms of impulsivity, imbalance and imposition policy,” adding that “under Biden, in his coming term, he may ease the pressure on Arab countries to move toward normalization with Israel.”

A few weeks ago, the head of Hamas’ political bureau, Ismail Haniya, called on Bidan to cancel the decision that recognizes Jerusalem as the capital of Israel and to amend “the unfair American policy toward the Palestinian people.”

Haniya called on the president-elect to commit to “a historic correction of American policy that made the United States a partner in injustice and aggression, damaged stability and prevented the Americans from playing a key role in resolving conflicts.”

Haniya also referred to the forthcoming Palestinian Authority elections and Trump’s policy in the Middle East and called on the new administration to “respect the will of the Palestinian people and their democratic elections and even stop pressuring the region’s countries to normalize with the occupation.”

Haniya explicitly said that Biden’s achievement may serve the interests of his movement and referring to the Democrats’ victory he said that the movement “does not gamble on American governments coming one after the other but must analyze developments correct politically,” adding “we understand that changing things can benefit our interests .”

Haniya’s predecessor in the political bureau and who represents the “Qatari group” in Hamas, Khaled Mashaal, also said in an interview in mid-December that Hamas “monitors developments and changes in the regional and international arena and is aware that there is a new administration headed by Biden, coming on the ruins of the Trump administration,” whom he called “strange” and added that “Hamas will act with the new administration out of discretion and a stable position.”

In addition to these, the number two man in Hamas and the person in charge of all military activities and terrorist organizations of Hamas, Salah Aruri, also referred to the Biden administration recently and said that “he may be different from his predecessors in two areas – annexing the territories to Israel and normalizing with Arab countries.”

Commentators and editorials have dealt extensively with the issue of Hamas’ participation in the election and estimate that this is intended, among other things, to lay the groundwork for a change in its relationship with Biden’s United States. Thus, an article on the Hamas website dated January 7 states that the contacts in the region, with the participation of Arab states whose influence on the Palestinian issue is great, are intended to formulate solutions for the arrival of the Biden government, which they describe as a “challenge.”

The article quotes Ismail Haniya, head of the Politburo, who confirms that the movement’s willingness to go to the polls stems from the understanding that this is a response to the challenge of establishing a new American administration and the process of normalization between Israel and Arab countries. “The rounds of Palestinian dialogue have all ended in failure and now everyone is waiting for its success to face the great challenges including normalization and the new American administration,” the article said.

A Palestinian commentator refers to Hamas’ participation in the elections as a means of recruiting American support for Palestinian positions, and writes on the Hamas website that “renewing legitimacy in the elections in the eyes of the United States is through reconciliation between Gaza and the West Bank” and that the success of this move is a condition for the realization of the Palestinian interest in the settlement issue, because the Democrats in the Biden administration are returning to talking about negotiations and a two-state solution.” The commentator adds, “Hamas does not want to be responsible for the failure of the Palestinian dialogue, but wants to reformulate the legitimacy of the leadership to advance the Palestinian cause.”

Also the senior commentator, Hany Masri, also wrote a few days ago that Hamas, like Fatah, understands the importance of Trump’s defeat and the significance of Biden’s success, so it seeks to prepare itself to gain the support of its allies, especially Qatar, Turkey, and the Muslim Brotherhood, which is preparing to “take over the White House.”

Masri states that Hamas is acting similarly to Abu Mazen, who is currently conducting a series of moves designed to make him legitimate in Biden’s eyes, including restoring security relations and coordination with Israel, reforming the payment of salaries to terrorists and adopting a very moderate stance on renewing relations with the new US administration.

“Therefore,” Masri writes, “Hamas is also betting on the change that has taken place in the United States, and is preparing to accept Biden to ward off the risks and enjoy his advantages as an authority and as someone who is likely to support Hamas’ integration into the Palestinian Authority, similar to the former president Obama’s policy, who rode the Arab Spring horses to replace the aging Arab-American horses with new ones, ones that are popular.”

“This development is not surprising,” Brigadier General (res.) Yossi Kuperwasser, former head of research at the IDF, told TPS. “There are various factors among Democrats or close to them, as well as among Europeans, who are in favor of changing the approach toward Hamas as a legitimate body,” he adds.

“Joe Biden’s first test will be to meet the demands of his Muslim supporters,” said Dr. Udi Rosen, a researcher at the Jerusalem Center for Public and Affairs, a member of the contemporary anti-Semitism project research team and an expert on the Muslim Brotherhood.

“Obama saw in political Islam and the Muslim Brotherhood the more moderate and anti-radical side, which calls for peaceful action and political understandings,” Rosen explains, adding that” it now remains to be seen whether these days are about to return and how they will affect the worldview of the White House.”

Palestinian commentators and officials with whom we spoke recently describe to us the reasons for Hamas’ policy and especially its decision to run in the elections, noting that Hamas’ stance on the Biden government stems from the tightening relations between Qatar and the United States and the Gulf reconciliation agreements, developments that could put pressure on Hamas to adopt a moderate stance.

Palestinian Authority officials tell TPS that Qatar has been pushing the Hamas leadership in recent years to adopt a moderate political line and an expression of Hamas’ desire to align with Qatar can be found in what is being provided by PA and Hamas officials according to which Qatar is behind Hamas’ agreement to go to the polls in stages: first to the Legislative Council and later to the Palestinian presidency.

This condition was presented by Fatah, while Hamas demanded that elections be held for all these institutions at the same time, but according to Fatah officials, Qatar pushed Hamas to the polls as the former is interested in strengthening the power of Khaled Mashaal, who is considered The “head of the Qatari group” in Hamas, both through his legitimization in the elections and through reconciliation with Fatah, which is a precondition for the elections.

“Qatar is not satisfied with the fact that Hamas’ leadership center is in the Gaza Strip, under Haniya and Senwar,” said a source in the Gaza Strip, adding that Qatar is interested in upgrading Hamas’ political status through the reign of Mashaal and therefore is urgubg Mashaal’s people to reconcile and run in the elections. To the Legislative Council and even to the presidency, on the way to his rule over the movement.

Hamas is aware of the possibility that Turkey is likely to face American pressure soon due to its moves in the Middle East in recent years, and may need to reduce its support for Hamas. Reconciliation in the Gulf also does not serve the Turks, and this could hurt Hamas’ efforts to bring Turkey closer To Israel and the United States.

The rapprochement between Turkey and Israel, which is being reported by officials, also raises Hamas’ fear of the possibility that Turkish policy will come at its expense and therefore it is in a hurry to take a place in the stands of the good ones.

Arab sources estimate that a possible nuclear deal between Iran and the United States could lead to a change in Iranian policy, and that this too could come at the expense of Hamas.

Hamas believes that by approaching the US administration, it will be able to get out of the blacklist of terrorist organizations. There has been a long-standing debate between those who support full membership in the Iranian axis and those who believe the organization should rely on moderate Sunni Arab states. “Turning to the United States can serve the moderate group in Hamas to prevent Hamas from throwing itself into the arms of Iran that could change its policy at the last minute,” says a source in the Gaza Strip.

For just $100 per month you can bring the gospel to 10,000 homes. Join us as media missionaries! GIVE NOW
VIEW COMMENTS
« God’s Word For You Today: Lean Unto Jesus Fitch Affirms Israel’s A+ Rating with a Stable Outlook, Despite Covid-19 Crisis »