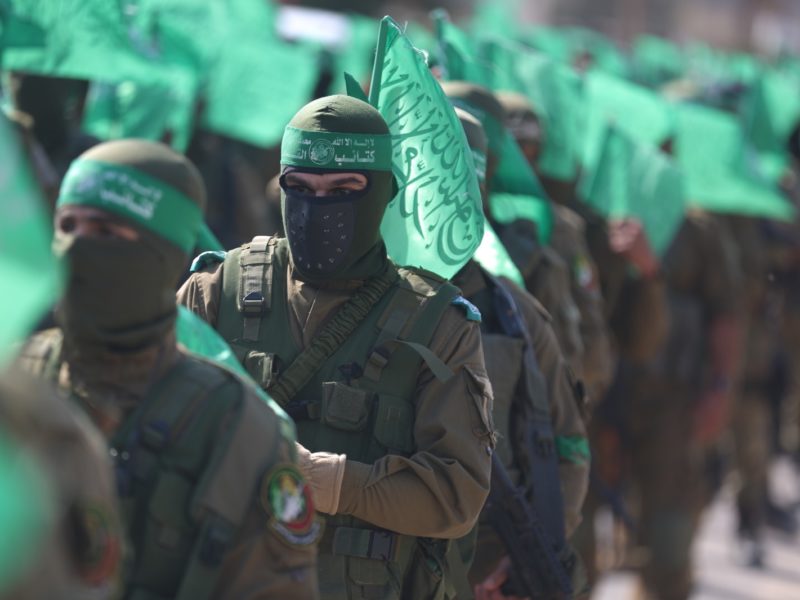 Tel Aviv is still in Hamas’ “bank of targets” and will remain on the list “as long as there is an occupation,” Hamas spokesman Abu Obeida threatened Monday.

In a speech commemorating the first anniversary of an IDF Special Forces operation in Khan Yunis in which an IDF officer and seven Hamas terrorists were killed, Abu Obeida added that all the terrorist organizations in Gaza will decide together on any future attack on Israel.

Abu Obeida also promised that Hamas would reveal more details on the IDF raid in the coming weeks.

In the failed operation in Gaza on November 11, IDF LTC M. was killed during the operation by friendly fire. Lt.-Col. M., 41, was married and a father of children. No further details were provided about his unit.

Another soldier was moderately injured during what the IDF termed as “operational activity” inside the Gaza Strip.

The details surrounding the operation are vague. An IDF unit operating inside the Strip was compromised and was confronted by a Hamas unit after which a massive battle ensued, during which the IDF officer was killed.

The Israel Air Force (IAF) ran several bombing sorties over the battle area during the heavy exchange of fire to cover the force’s retreat and then destroy evidence. They engaged some 70 targets during the 20-minute battle.

The IDF clarified that the objective of the operation was not abduction or assassination.

Israeli military analysts believe that the covert operation was not an attempted assassination against Hamas targets, but rather a routine intelligence gathering activity that was compromised when the troops were exposed, prompting the exchange of gunfire.

Despite its heavy losses, Hamas still perceives the clash as a success on its part.

For just $100 per month you can bring the gospel to 10,000 homes. Join us as media missionaries! GIVE NOW
VIEW COMMENTS
« China Destroys 3,000-Seat Christian Megachurch During Worship Service When Depression Drove Me To A Hopeless Pit »