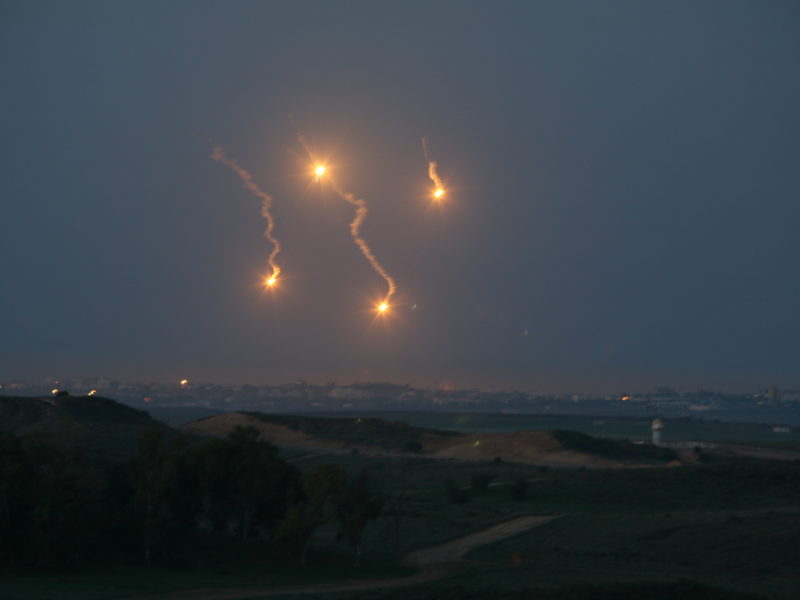 Hamas is vigilant and ready to confront “the occupation’s aggression,” Hamas Political Bureau member Khalil al-Hayya threatened, hours after the Israeli Air Force (IAF) hit Hamas targets in the Gaza Strip for the eighth night in recent days in response to arson and explosive balloons and a rocket launched by Gazan terrorists into Israeli territory earlier in the day.

Al-Hayya said on Wednesday during a speech in a mass rally in Gaza City against the Emirati-Israeli normalization agreement that Hamas’ message to Israel is that it is “alert and ready, and our fingers are on the trigger.”

“We are not afraid of bombings, and the bombings will be confronted with shelling, rockets with missiles, and killing with killing,” he declared.

Prime Minister Benjamin Netanyahu said Wednesday at a conference establishing the new Negev Lobby in the Knesset that Israel’s reactions to terrorism emanating from Gaza “will be doubled.”

Speaking on Tuesday evening with local council heads from the area adjacent to the Gaza Strip, Netanyahu claimed that the government has “adopted a policy that fires are like rockets.”

“We have been active for the past 10 days straight in shelling the infrastructures of Hamas and the terrorist organizations. We have also imposed various sanctions in areas that are important to Hamas,” he said.

He said that Israel is also preparing “for the possibility of a round or rounds” of violence with Hamas.

“Hamas will be making a very great mistake if it continues like this. Even now it is receiving an indication of where this will lead. It will certainly remember where it has led and I hope that Islamic Jihad also remembers where it has led,” he said ominously, relating to the possibility of using targeted assassinations against Hamas leaders.

Al-Hayya further warned any country against new normalization ties with Israel, and reiterated Hamas’s rejection of attempts at normalization “with the enemy,” adding that the “occupation should be criminalized, not that Arab capitals are open to it.”

For just $100 per month you can bring the gospel to 10,000 homes. Join us as media missionaries! GIVE NOW
VIEW COMMENTS
« “Family, That’s The Only Wish I Have”: Thousands Respond To Boy’s Cry For Adoption Hear The Call, For The Storm Is Upon You »