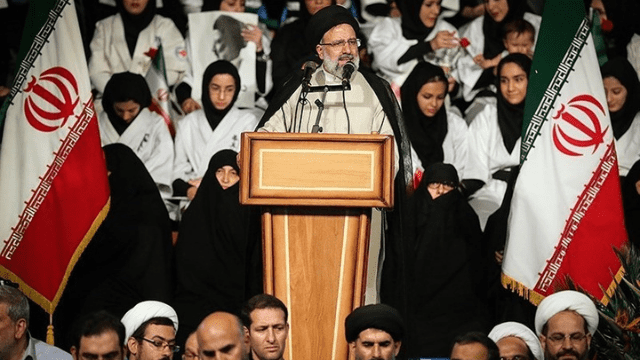 Ebrahim Raisi, the notorious “Hangman of Tehran,” became the new president of Iran over the weekend, and that doesn’t bode well for Israel, the Middle East, or the world, according to Israeli leaders. In fact, it is even worse for the Iranian people, most of whom want freedom from the strict Islamic police state.

“The executioner is now the head of the executive branch,” warned Dr. Thamar Elam Gidin, an expert on Iran and researcher at Haifa University. “He’s a man with the blood of thousands of Iranians on his hands. He was a member of the death committees in the 80s. He sentenced thousands of people to death.”

After the news of his new executive status in Iran, Amnesty International called again for an investigation into Raisi for these alleged crimes against humanity.

Raisi will take power in August. The Supreme Leader of Iran, Ali Khamenei, praised the nation for its democracy. Still, many, even within his own country, question the legitimacy of the election. Voter turnout was at a historic low—less than 50 percent showed up at the polls—ad Raisi was effectively the only one on the ballot. Taking to the Internet, several Iranian mothers begged fellow citizens to boycott the election— “Dear brave Iranians, don’t vote for these elections. We have been voting for 40 years. This is the result. They killed our children.”

“Raisi’s election is, I would say, the last chance for the world power to wake up before returning to the nuclear agreement and to understand who they are doing business with.” —Israel’s new prime minister, Naftali Bennett

Iran claims to have thwarted a recent attempt to sabotage a building related to their nuclear program. They continue to boast that they are close to achieving weapons-grade enrichment of uranium.

Talks are continuing in Vienna to bring the United States and Iran back into the 2015 nuclear deal. Raisi, a hard-liner who favors the traditional ways of the Islamic Republic, is not expected to favor re-entry. He has already said he will not meet with US President Joe Biden.

As president, Raisi sets the tone for Iran on the international stage, and he selects the foreign minister and other key Cabinet positions. The last hard-liner president was Mahmoud Ahmadinejad, who continuously called for the destruction of Israel and the US.

“These guys are murderers, mass murderers. A regime of brutal hangmen must never be allowed to have weapons of mass destruction that will enable it to not kill thousands but millions,” Bennett warned.