BREAKING
Move Over Wonder Woman (Gal Gadot)—Another Israeli Actress Joins the Superhero Movies
Sea of Galilee Thriving and Almost at Capacity
Iran Reveals New Drone Designed to Strike Tel Aviv and Haifa
Home News The Wedding of Harry and Meghan: An Outpouring of Love in So Many Ways

The Wedding of Harry and Meghan: An Outpouring of Love in So Many Ways 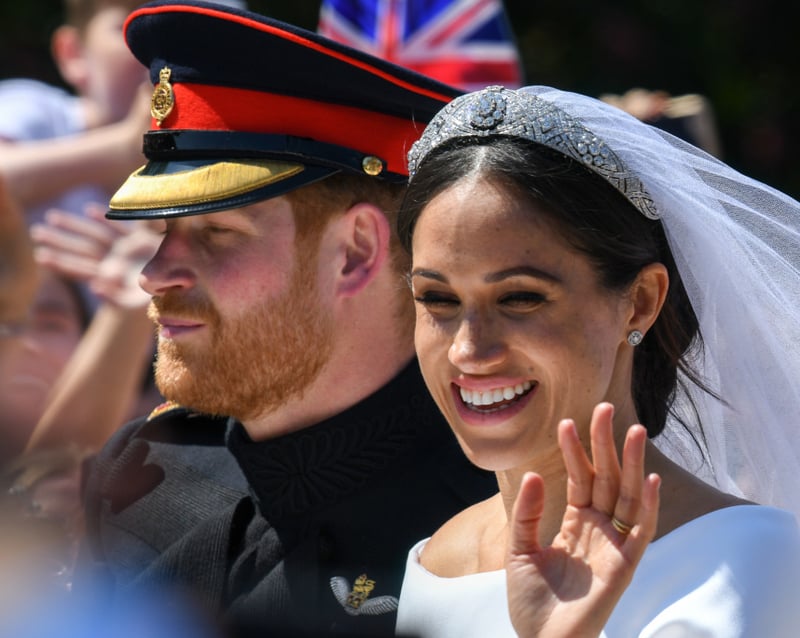 The wedding of Prince Henry of Wales to Princess Henry of Wales, now known as the Duke and Duchess of Sussex, or simply as Harry and Meghan was an outpouring of love in so many ways. It brought nations together as well as people of all races and varying religious beliefs, able and disabled.  It also shows how God can make everything beautiful in His time.

From Los Angeles, Meghan’s hometown, to London, Harry’s royal surrounds, and all across the world, some two billion people watched this extraordinary celebration of marriage. The USA and the UK have always enjoyed a ‘special relationship’ and this seems never better, just like in the days of old when royal marriages were used to create bonds of peace.

For all the world’s people groups, it also marked a new day for diversity on a global scale as the talents of people of colour were celebrated in the 1000-year old castle and it’s magnificent St George’s Chapel. The guest list included people from all walks of life including famous black celebrities such as Oprah Winfrey and world number one tennis player, Serena Williams. Many disabled people were also invited as part of Harry being patron of the Invictus Games, and people representing various charities.

It was wonderful to hear the voices of the St George’s choir at Windsor, but to also experience the joyful Gospel Choir led by Karen Gibson who brought some African soul to the event. Elon Manahan sang beautifully as the bride came down the aisle and it was 19-year-old cellist, Sheku Kanne-Mason who played during the signing of the register.

While the Archbishop of Canterbury, Justin Welby led Harry and Meghan in their vows it was Bishop Michael Curry, who gave the main address, the first African American to serve as primate of the Episcopal Church in the USA. It was his passionate preaching that will be most remembered about the ceremony,  especially for Christians.

Love has the power to change the world

What a beautiful day the wedding day was in England. The sun was shining and there was such a national outpouring of love as people lined the streets to wish the new royal couple well. In fact, love was the central theme of the day.

“The source of love is God Himself.  Jesus started a revolutionary movement, unconditional love for all the world. Love is the power to change the world. Imagine a world where love is the way!” he said, preaching in animated tones probably not seen before at St Georges!

So, the wedding ceremony marked a departure from the past and the so-called ‘stiff upper lip’ of the British monarchy. The new Duchess is confident to walk in her own identity and her personal mark could be seen complimenting the pageantry of the ancient marriage ceremony.

It was touching to hear Harry’s aunt, Lady Jane Fellowes reading a poem, a poignant connection to his mother Princess Diana who was adored by the world as the People’s Princess. It seems Meghan will walk closely in Diana’s shoes. It is said she will further redefine what it means to be a princess. She is quoted as saying that she never wanted to be ‘a lady who lunches, but a woman who works’.

Harry has obviously inherited his mother, Princess Diana’s compassion, kindness and service and he and the Duchess of Sussex look poised to make a massive contribution to charitable causes.

God can make everything beautiful in His time

Today is a new beginning for a new royal couple, Harry and Meghan to build a marriage that lasts. Sadly both come from parents where there has been divorce and pain. In Harry’s case, there was the terrible loss of his mother at a young age. It’s reassuring that out of broken relationships, terrible grief and unimaginable loss, God can make all things new.

Despite Meghan’s own shattered dreams, and controversy over her half siblings, she was able to rise above everything that held her back and find her destiny. In her case it is much like a fairytale ending, walking down the aisle in a Givenchy designer dress, complete with glittering tiara, to marry a prince. But this is just the beginning. God has brought something beautiful together for this celebrated couple and it’s now up to them to build the strong and happy marriage, that has eluded some royal couples.

The words of their wedding ceremony will always be a reminder of God’s love and how it has the power to change the world. We congratulate Harry and Meghan and commend them for their love and their example of bringing people together. Watching them, today and the outpouring of love we have seen, we can imagine a world where love is the way.