BREAKING
Israel-led Team Solves Mystery Why Lightning Strikes Fewer Times Over The Ocean...
Tourism In The Holy Land Is Soaring Back Up To Pre-Pandemic Highs
Lapid Speaks Directly To Palestinians—Offers Them “Another Way” Out Of The Ongoing...
Home Articles Head Of Yeshiva At Chomesh In Samaria Arrested Week After Deadly Terror Attack

written by The Israel Insider December 23, 2021 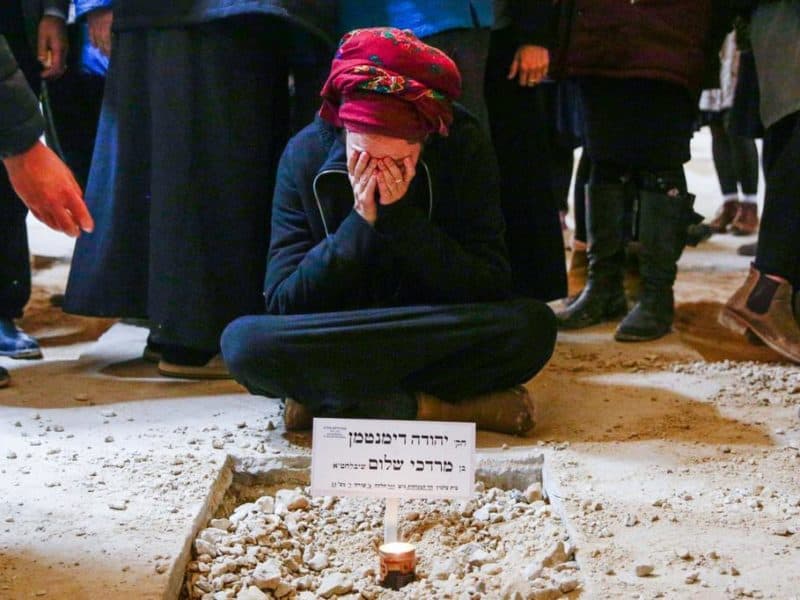 Rabbi Elishama Cohen, the head of the Yeshiva at Chomesh in Samaria, was arrested on Wednesday by the police on suspicion of violating the Disengagement Law.

The arrest occurred less than a week after a deadly terror attack in the area in which Yehuda Dimentman, a student of the yeshiva, was shot dead by an Islamic Jihad terror, and two other students were wounded.

During the 2005 unilateral disengagement from Gaza, Israel evicted a bloc of 17 communities in the Strip and four communities in northern Samaria, including Chomesh. Israeli leaders have since called to return to the area, and a yeshiva exists in Chomesh, at which Yehuda was a student.

However, the Disengagement Law has yet to be repealed and therefore presence in the area could constitute a breach of the law.

Following the intervention of Samaria Council Chairman Yossi Dagan, Rabbi Cohen was released from custody. It was agreed that the Rosh Yeshiva would arrive after the Shiva for interrogation on suspicion of violating the Disengagement Law.

Rabbi Cohen has been teaching at Chomesh for several years and has never been arrested.

The arrest comes amid rumors that the government is planning to destroy the yeshiva after the Shiva mourning week for Dimentman is over.

On Sunday, the police blocked the students’ access to the Yeshiva and leveled several structures erected at the site the night before.

A source at the Chomesh yeshiva accused Prime Minister Naftali Bennett of “placing the Disengagement Law back to the table – a reward for the murderers.”

Etya Dimentman, the widow of Yehuda Dimentman, called on government to properly establish the Yeshiva of Chomesh “as an answer to the murder.”

Speaking after the deadly attack for the first time on Sunday, Etya said that “Yehuda did not leave me a will. Yesterday a friend of his showed me that they asked him six and a half years ago what he would do if he had only a week left to live, he replied – ‘study Torah in Chomesh’. This is his will,” she said.

“Yehudah’s blood is too precious. It is impossible to return to a routine when the blood of such a pure soul is shed,” she added. “I feel Yehudah all the time and he is asking through me to build Chomesh.”

President Isaac Herzog met with the family on Tuesday evening and said that “the things you say [about properly establishing a yeshiva] make sense and I will pass this message on to US National Security Adviser Jake Sullivan” with whom he met Wednesday.

Avigdor Dimentman, Yehuda’s brother, told the president that “if they [government] destroy the Yeshiva immediately after a yeshiva from there was killed in s shooting attack, it will first and foremost harm the national spirit. What the people of Israel have first is the spirit. Do not break the spirit.”

A resident of Samaria told TPS Wednesday that she felt that “we are in the middle of a real war, a civil war.”