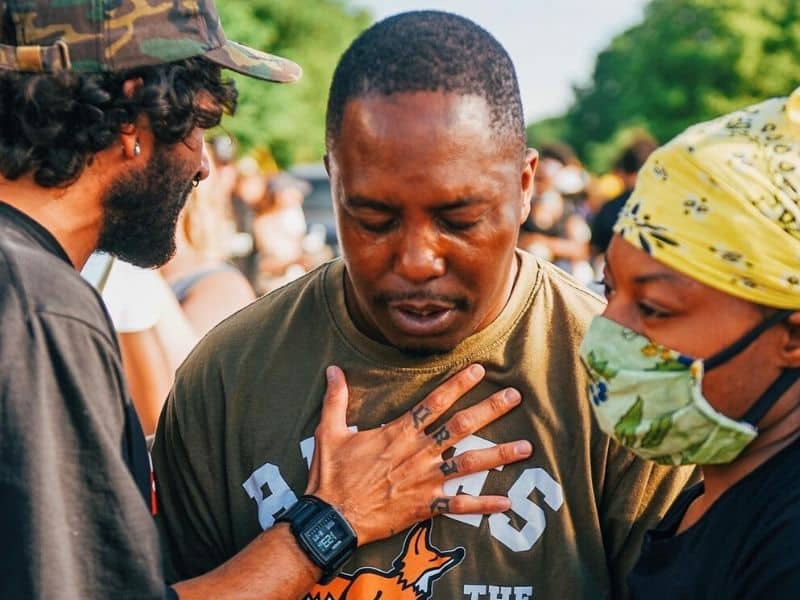 The death of George Floyd under the custody of a Minneapolis police officer sparked movements and protests around the world against the injustice. Moreover, his death site holds remembrance of the brutal act done and it brought sadness and anger to almost everybody. But a group of ministries intends to change the location’s atmosphere into a place of hope and healing through God’s power.

With that goal at heart, Youth With a Mission (YWAM); Circuit Riders went to the site of George Floyd memorial. They are based in California and centers in missions movement. In partnership with a local church, Worldwide Outreach for Christ, they hold daily services at the location and have seen wonderful changes since.

Christophe Ulysse leads in YWAM and he told Fox News that he’s seen people going from pain and hatred to healing and hope. “There’s this new narrative of the gospel,” he said. “We need to show that we can affect positive change and you have a voice. You can go to the nations. You can carry this on. We’e empowering them to be carriers of hope.” 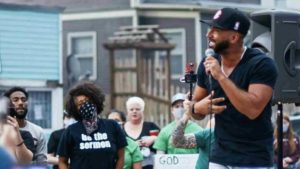 They testified of one man who seemed hopeless because of his drug addiction but during the service, he found purpose and felt alive again. Another man received his calling as a minister while at the service. He immediately signed up to Bible School, sharing his life-changing message. While many got baptized in water on the spot. 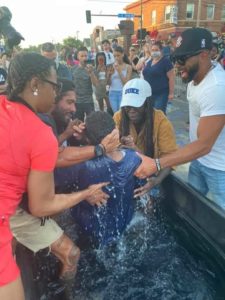 Joel Bomberger, a member of the Circuit Riders, posted on his Instagram some of the wondrous things that happened. “There are too many testimonies to recount!! They were able to preach to thousands and saw hundreds responding to the Gospel of Jesus.” He reported, “Just got a text that a deaf ear was just opened by the power of Jesus! Praise God!”

The team would gather every day to preach, share the gospel and lead prayer and worship. There would be persons who would stand at the center, sharing of their life testimonies, encouraging every one of the change that God brings. 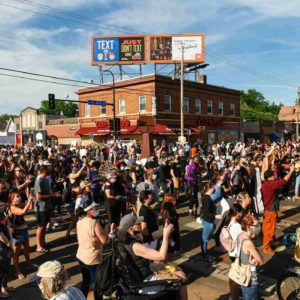 People at the worship gathering

Ulysse said in a statement, “I came here and I was broken. It affects team members differently, but those of us of color, as we’re here, we’re watching the change happen through the gospel. My heart is filled with hope. Those in the neighborhood are saying this is unprecedented unity. They’re feeling an outpouring of love and hope from this nation.”

“For us, there is this deep conviction that we have tried everything to deal with this issue. We’ve tried politics, we’ve tried economics and we’ve tried social reform… We had to go back to what actually works.”

Furthermore, the group provides training to young people of color, similar with what Floyd did while he was alive.

Watch this amazing video below of how God has been manifesting his love in the place.