BREAKING
Bennett Coalition Government Collapses, New Elections On Horizon—And The Return Of Netanyahu?
Rooftop “Glamping” Pops Up In Israel
“Steph Curry Is Copying Me… Again…With A Hebrew Sweatshirt”
STAND WITH UKRAINE
Home Faith Is Your Heart Overwhelmed? Here’s What God Wants You To Do

Is Your Heart Overwhelmed? Here’s What God Wants You To Do 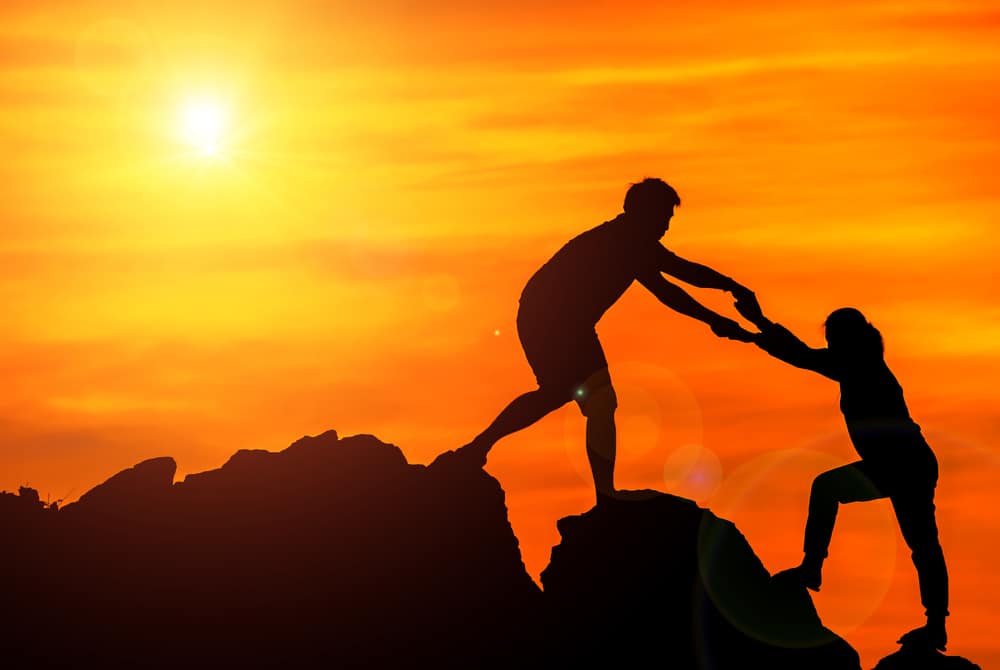 When your heart is overwhelmed

I awoke on Wednesday morning January 11, 2017, with a stir in my heart. Immediately, I heard the Lord say, “When my heart is overwhelmed; lead me to the rock that is higher than I.” (Ps. 61:2)  Karen and I have had heavy hearts for several weeks because of what seems to be an all-out assault against those that God has chosen to do His work. Just the night before we had been with dear pastor friends at the hospital where we were praying for their granddaughter whose life was in jeopardy. We witnessed that night what it means when a family decides to do battle with hell! While at the hospital our spiritual daughter and assistant for 14 years, Jamie, found out she needed to return to Alaska immediately to be with her mother who is battling cancer. When we arrived home that night Karen said, “I am so angry at the enemy! We must do war!” I felt the same! For days I had felt the breath of the enemy upon our necks and for days I had been declaring God’s Word and truth in the midst of the storm. I have often said, “If you’re not coming up against the enemy it is because you are flowing with him!” You and I were never called to live normal quiet lives! We are called to do battle! T.L. Osborn used to say that physical eyesight will blind spiritual vision. The intense war facing you right now lets you know that there is a great victory on the other side! It seems that the enemy is doing everything he can to stop this next great move of God. I stood in our bedroom and declared, “in the name of Jesus I command the enemy to leave the anointed alone!”  There comes a moment when you realize that you have the ability and right to take authority over the lies and attacks of the enemy. Jesus told the 12 disciples in Matthew 10:1, “I give them authority over unclean spirits, to cast them out, and to heal every kind of disease and every kind of sickness.” I challenge you as you read this newsletter today to build an altar of encounter and take back the authority that Father has given you. In Luke 10:19 Jesus said, “Behold, I have given you authority to tread on serpents and scorpions, and over all the power of the enemy, and nothing will injure you.” This may mean anointing your house with oil…. walking the perimeter of your yard and declaring the ground as holy…. turning on worship….. turning off your phone…. Dancing before the Lord….. or even declaring a holy fast (Isaiah 58)! We must do as Ephesians 6:10 declares, “Put on the full armor of God so that you will be able to stand firm against the schemes of the devil.” No matter what you choose to do we have come to remind you that the enemy does not win! Romans 16:20 promises, “The God of peace will soon crush Satan under your feet The grace of our Lord Jesus be with you.”

“Shall I pursue this raiding party? Will I overtake them?”

I am reminded of when David arrived at Ziklag in 1 Samuel 30. The Bible says that the city had been burned down by the Amalekites and his family had been taken hostage. David was
distraught; even his own men wanted to kill him. David was ready to give up! Surely he must
have felt God had abandoned him! We have all felt that way! We have all had seasons of doubt and fear. It is when we are at our lowest that we must realize God is still God. He will never leave you or forsake you (Hebrews 13:5)!

Look at what David does next! 1 Samuel 30:6-8, But David found strength in the Lord his God. Then David said to Abiathar the priest, the son of Ahimelek, “Bring me the ephod.(The ephod was a worshippers gown)” Abiathar brought it to him, and David inquired of the Lord, “Shall I pursue this raiding party? Will I overtake them?” “Pursue them,” he answered. “You will certainly overtake them and succeed in the rescue.” We must realize that God has called us to get up and go forth! He has called us to take back what the enemy stole from us. The Bible says in 1 Samuel 30:17-19 that David and his mighty men chased down the enemy and everything was restored back to them. In fact, it became known as “David’s Plunder!” I am calling on Pastors, Leaders, Dads, Moms, Grandparents, Sons and Daughters to arise and do war. Declare that God is the Lord and He has all authority over your home, business, church and city! Who knows that someday you will look back and call it “insert your name Plunder!” We must always remember that the enemy cannot steal your authority, but you can give it away. How? By not holding fast to the promises of God! Hebrews 10:23, “Let us hold unswervingly to the hope we profess, for he who promised is faithful.” What is most powerful about the story of David at Ziklag is that I believe it was David’s final test before taking over the throne of Saul. When he decided to inquire of the Lord and pursue the enemy for his family then the very next chapter he would become King of Israel, because of the death of Saul. So I say to you, we must arise and do war. Put on the armor of Light and declare enough is enough! God has anointed you for such a time as this! Call on the name of the Lord and you will not be shaken! “The name of the LORD is a fortified tower; the righteous run to it and are safe.” (Proverbs 18:10) “I keep my eyes always on the LORD. With him at my right hand, I will not be shaken.” (Psalms 16:8) I want to remind you of something simple, but profound!