Heroes of the Faith: Augustine of Hippo | God TV
Articles 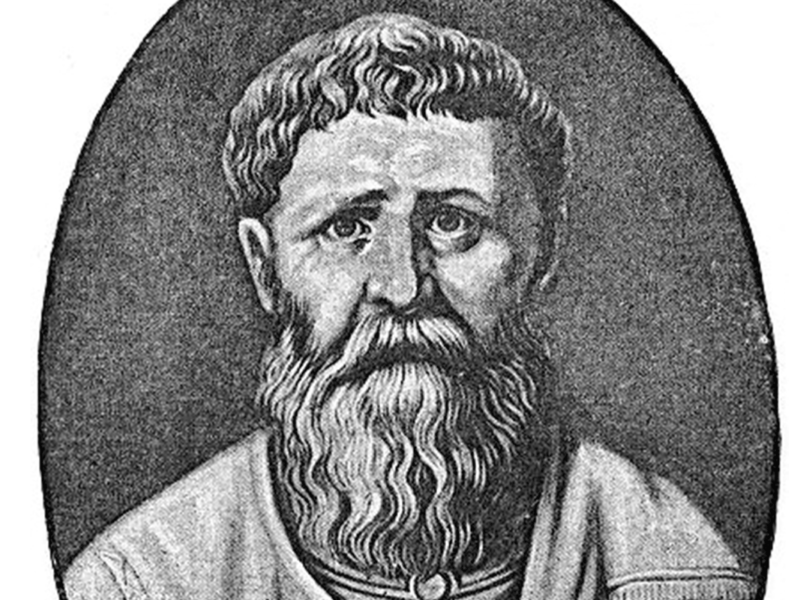 St Augustine may be ‘the most influential figure in Christianity after St Paul’. He wrote much (some 5 million words), and his teaching has influenced theology ever since.

Like all of us, Augustine was of his time and place. He lived through the proverbial ‘interesting times’. He was born in ad 354, three decades after the ending of the persecution of Christians by a pagan Roman Empire, and died 75 years later with the now Christian empire tumbling around him. He was born in North Africa, spent most of his life in Algeria and considered himself an African.

We know quite a bit about the young Augustine because of his famous Confessions. He grew up under a devoted Christian mother and, clearly gifted, progressed through a succession of teaching positions, spending time in Rome and Milan. Yet Augustine was disturbed by the need to find meaning in life and in search of it he pursued various religions and philosophies.

Eventually, drawn by a sense of emptiness, Augustine, now in his early 30s, turned back towards Christianity. The Confessions tell how, in the middle of his agonised indecision, he heard children’s voices telling him to ‘take up and read’. So prompted, he opened his Bible at Romans 13:13-14: ‘Let us behave decently, as in the daytime, not in carousing and drunkenness, not in sexual immorality and debauchery, not in dissension and jealousy. Rather, clothe yourselves with the Lord Jesus Christ, and do not think about how to gratify the desires of the flesh’ (NIV).

Augustine made his choice and, with characteristic determination, devoted himself to the Christian life. He renounced his marriage plans, got baptised and returned to North Africa in ad 388 to create a lay monastic community. There, somewhat against his will, he was ordained and soon became Bishop of Hippo, now Annaba in Algeria. It was a position he held for 40 years until he died.

As bishop, Augustine faced many difficulties. There were bitter debates over whether to accept back into fellowship those who, under persecution, had denied the faith. There were theological challenges over the extent to which men and women could make themselves right with God. Augustine dealt with them all as well as applying himself to reforming his churches and training future leaders. He set a personal example for commitment, writing, ‘A bishop who has set his heart on a position of eminence rather than an opportunity for service should realise that he is no bishop.’ Somehow, though, Augustine – preacher, pastor and administrator – managed to be a prolific writer of books including evil, time, history, warfare and the Trinity.

In his latter years, Augustine faced a world in turmoil. With Christianity now the state religion, most believers saw the Empire as central to God’s purposes on earth and Rome as the ‘eternal city’. Inevitably then, when Rome fell to the Goths in ad 410, the impact on the faithful was catastrophic, made worse by pagan accusations that the Christian God had failed. Augustine’s response was a massive book, The City of God, in which he pointed out that Christian hope lay not in any earthly state or city but only in heaven, the eternal city of God.

As the Empire crumbled further, Vandal tribes arrived in North Africa. Augustine died literally with the barbarians at the gate as they besieged Hippo in ad 430. His library, however, survived and was copied to become the foundation of subsequent Christian thinking.

So what do I admire in Augustine? Obviously I’m impressed by his all-round intellect, but even more that it didn’t stop him from his church ministry. Augustine was that rarity: a genius who was prepared to be a servant.

Yet there is more.

I am encouraged by how Augustine came to faith. We see someone who, faced with the challenge of Christ, chose to respond and produced a changed life as a result. We evangelists are often accused of talking up the ‘conversion experience’. I appeal to Augustine in our defence.

I am challenged by Augustine’s deep analysis of the human condition. He wrote a lot about sin and how it has corrupted every aspect of our being. His bleak warning of the flawed nature of every one of us should never be neglected. We all need to be saved! But Augustine didn’t stop at guilt; he saw beyond it to the ultimate emptiness of the godless life. I have quoted many times his prayer from the Confessions: ‘Lord, you have made us for yourself, and our heart is restless until it rests in you.’ There, in a single brilliant phrase, is the human dilemma. Thankfully, too, Augustine did not just proclaim sin but he proclaimed its remedy: salvation through grace. Augustine taught salvation is God’s gift in Christ.

Finally, living in a turbulent age, I find myself uplifted by how Augustine responded to the turmoil of his time. If ever there was a case of ‘the end of the world as we know it’ it was the fall of Rome. Yet sustained by Scripture, Augustine stood firm and pointed beyond the upheaval of the world to the eternal City of God. That’s a vision we urgently need to recapture and proclaim!