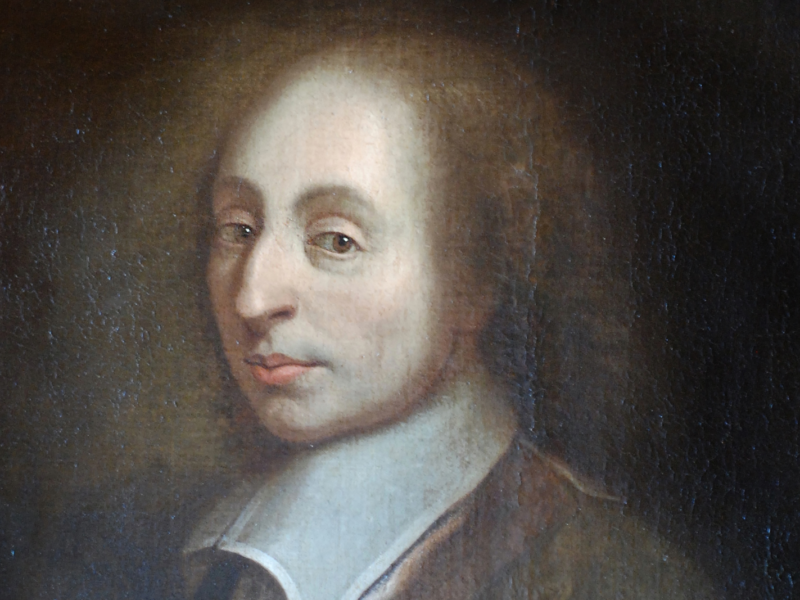 The seventeenth-century Frenchman Blaise Pascal in his 39 years of life solved a range of mathematical and geometrical problems, produced a law of hydraulics, achieved breakthroughs in how air pressure and vacuums work, laid the foundations for probability and statistics and planned the first bus network in Paris. He invented the syringe, the mechanical calculator, the hydraulic lift and the wristwatch. He wrote brilliant essays that are still considered masterpieces of French prose. Yet Pascal not only had a brilliant intellect; underlying everything he did was his Christian faith.

Born in central France in 1623, Pascal was a prodigy who by the age of ten was experimenting in mathematics and science. In 1631 his family moved to Paris. Pascal never married but lived supported by his family until his death in Paris in 1662.

Pascal lived in difficult times and was caught up in the big issues of religion and philosophy. One issue arose from the emerging philosophical ideas based on science and reason. For centuries the Christian church had, in effect, said ‘just believe’; now, however, they were getting the response ‘why?’. Pascal was one of the first people to seriously address the kind of noisy atheism that we hear today.

Pascal’s beliefs acquired a new enthusiasm in 1654 and from then on he became less involved in science and mathematics and more interested in faith and philosophy.

After Pascal’s death, a parchment that he had kept hidden in his coat was found. This document – the Memorial – is a testimony to what was clearly an overwhelming spiritual event.

Pascal wrote:
In the year of the Lord 1654
Monday, November 23
From about half-past ten in the evening until half-past twelve.
Fire
God of Abraham, God of Isaac, God of Jacob
Not of philosophers nor of the scholars.
Certitude. Certitude. Feeling. Joy, Peace.
God of Jesus Christ,
My God and thy God.
‘Thy God shall be my God.’

This ‘Night of Fire’ was clearly an overwhelming spiritual experience in which a faith built on reason and ritual encountered the reality of God.

Pascal shifted his focus to defending Christianity and exploring its relationship with reason. He began to write a book that would give a reasoned argument for the Christian faith and wrote a large number of notes, but before he could put them in order he died. This work-in-progress, published as the Pensées (‘Thoughts’), became a Christian classic.

The Pensées is full of quotable quotes that are still relevant today.

It is in the Pensées that Pascal presents his ‘wager’, a famous argument for faith. Here he wrote that because we all have to believe whether God exists or doesn’t, it is wisest to gamble on his existence. After all, if you win, you win everything; if you lose, you lose nothing. It is an argument that can be criticised but it makes the point that the Christian faith is worthy of careful investigation.

Pascal challenges me in many ways:

I’m challenged and encouraged how Pascal saw no contradiction between his faith and science. There is no hint here of the nonsense that you have to make a choice between faith or science. If Pascal could believe in both, so can we.

I’m challenged by the way Pascal defends Christianity. He saw that reasoned arguments against faith had to be combated by reason. In Pascal lie the roots of the kind of intellectual defence of the faith that we see in people like C.S. Lewis.

I’m challenged too by the fact that, for all his brilliance, Pascal let his faith be shaped by a profound spiritual holy encounter with God. That ‘Night of Fire’ transformed him. Pascal loved reason but was prepared to recognise that God can speak to us in ways that go beyond all arguments.

Finally, I’m challenged by all that Pascal did in his short life. Blaise Pascal demonstrated the truth of the saying that ‘it’s not the years of a life that count, it’s the life in those years’. Let’s make the most of the time we are given and let us pray we all have a ‘Night of Fire’ and be ignited with a holy passion and purpose.

For just $100 per month you can bring the gospel to 10,000 homes. Join us as media missionaries! GIVE NOW
VIEW COMMENTS
« Prayers For Famous Theologian Greg Boyd As He Battles COVID-19 45 Missing Children Rescued During Anti-Human Trafficking Operation In Ohio »