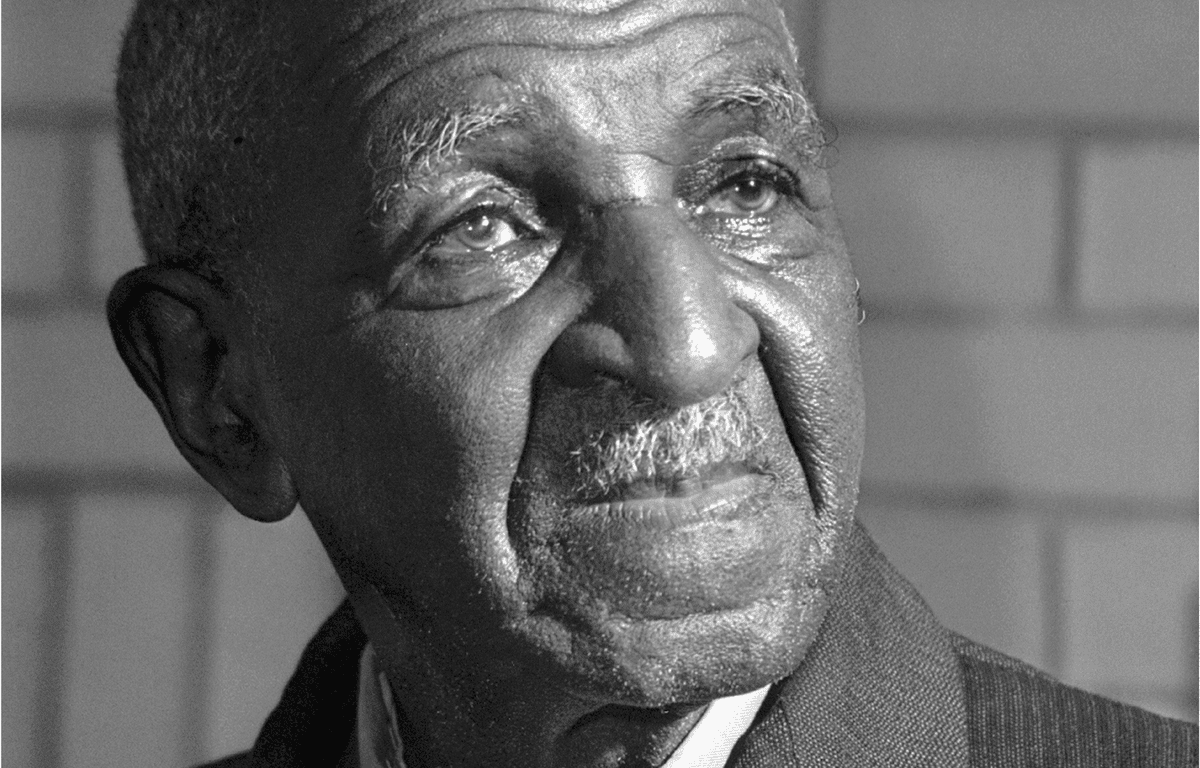 To understand George Washington Carver, the great African-American agriculturalist and educator, you have to know something of the world in which he lived. Even though slavery was legally abolished across the United States in 1865, it cast a long-lasting and bitter shadow. African-Americans now lived in freedom, but poverty and discrimination continued.

Carver was born in Missouri in 1864 and named simply ‘George’ by the Carver family, who owned his parents. George’s father died before George was born and, when a week old, the boy and his mother were kidnapped. The Carvers were able to ransom George, but no trace of his mother was ever found. In a rare reflection on his past the adult Carver was later to say he started life as ‘the orphaned child of a despised race’.

Now raised by the Carvers as one of their children, George suffered many illnesses, and instead of doing manual labour, developed interests in nature and gardening. Because there were no local state schools for black children, Carver decided to attend one ten miles away. There, a kind woman gave him accommodation and encouraged him to drop the slave name ‘Carver’s George’ for George Carver. (He was to add the ‘Washington’ later.)

As an African-American, Carver found it hard to get anything beyond a basic education. He went to Kansas, only to be refused entry to a college because of his race. He moved to Iowa where he studied art, and his teacher, noting how well he painted plants, encouraged him to study botany. In 1891 Carver became the first black person to attend what is now Iowa State University and earn a degree. He continued studying crops and their diseases, gaining respect as a botanist and eventually becoming the first black lecturer there.

Carver’s abilities came to the attention of the famous Booker T. Washington, the principal of Tuskegee Institute, Alabama, the first college of higher education for black people. Carver was invited to teach agriculture and, feeling called to serve his own community, accepted. He was to stay at Tuskegee for 47 years until his death.

Carver became aware that his teaching and research had to be appropriate for the poor, mainly black, farmers around him. A major problem was that farming was based on cotton, a crop which rapidly impoverished the soil. Carver, doing research with the most basic equipment, began to develop and teach improved farming practices. He promoted crop rotation using alternatives to cotton, such as sweet potatoes, peanuts and soybeans, in order both to restore the soil and to improve the livelihoods of the impoverished farmers. He taught appropriate skills: the feeding of pigs with acorns instead of expensive commercial feed and the enrichment of the soil with swamp mud instead of fertilizers. He developed a touring laboratory and classroom that travelled around analysing soils and teaching better practices.

One result of Carver’s emphasis on crop rotation was a surplus of peanuts. In order to improve the market for these, Carver ingenuously created new products such as peanut milk and found uses for peanuts in cooking, salads, oil, paper, cosmetics, soaps and other products. His advocacy of the peanut brought him national recognition. In the 1920s and ’30s, Carver – ‘The ‘Peanut Man’ – was a national celebrity and became widely consulted by presidents and others on matters of agriculture, particularly for the poor south. He stayed active until his death at the age of 78 in 1943.

Carver the man remains something of an enigma. He was a quiet, introspective individual who lived frugally and dressed shabbily. He was hard-working, humble and soft-spoken, and although he lived at a time when racial injustice persisted, he rarely showed anger about it. Although he lived on the Tuskegee campus he was a private man, and he never married.

At the heart of George Washington Carver was his faith. He spoke of his conversion at the age of ten, was a churchgoer all his life and taught Bible studies for 30 years. He emphasised Christian morality in his teaching and practised it in his life; he liked to pray to God as Creator out in the woods. Yet Carver’s faith was profoundly practical, and he frequently claimed that his insights came from God.

Three aspects of the life of George Washington Carver strike me.

First, Carver’s life was one of generous involvement. With his ingenuity and ability Carver could have escaped the poor south. There are stories, for example, that the inventor Thomas Edison offered Carver a high-salary job. Yet Carver stayed where he felt called to and served his people. Where are we called to?

Second, Carver’s life was one of gentle inspiration. He became a role model for African-Americans, quietly inspiring a generation that needed encouragement by demonstrating what they could do. His enthusiastic teaching inspired generations of students to improve the lives of poor farmers. Carver left a powerful legacy: what will ours be?

Third, Carver’s life showed godly insight. Carver’s open statements that he sought guidance from God and heard his answers were often quietly ridiculed. Such scorn seemed justified when, after Carver’s death, many of the agricultural practices he promoted were replaced by ‘big agriculture’ with its mechanisation, enormous fields and extensive use of fertilisers and pesticides. Yet in recent decades, as the problems with this type of farming have become obvious, there has been an increasing call for precisely the sort of sustainable agriculture that Carver taught, with farmers working with the land rather than against it. Once known as a man who spoke for the poor African-American communities of the southern United States, Carver is now seen as an environmental prophet of global relevance. Why don’t we listen to God more often?