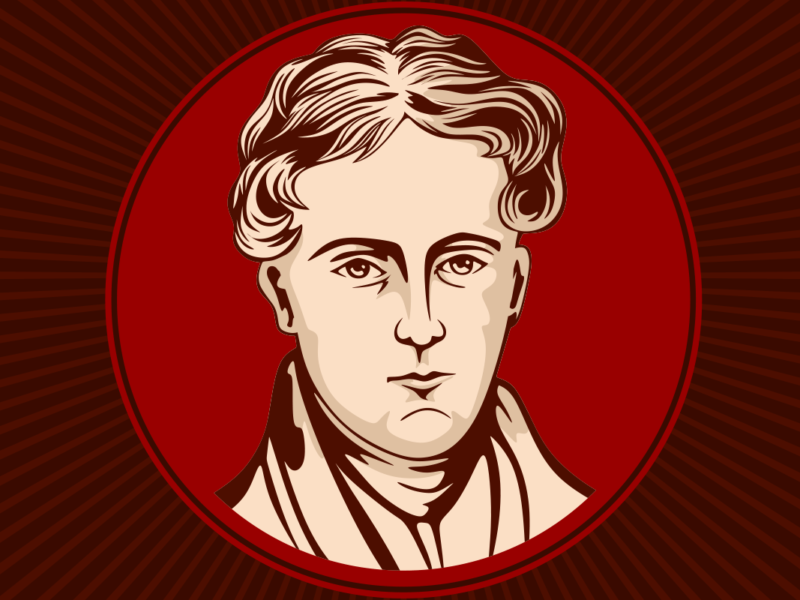 The saying ‘it’s not the years of your life that matter, it’s the life in your years’ was never truer of anyone more than Robert Murray M’Cheyne who died at only 29.

M’Cheyne, who was born in Edinburgh in 1813, had a formal Christian faith. Well educated, M’Cheyne became a student of classics at the University of Edinburgh. There, for the first few years, he pursued an active social life and was, by his own later admission, careless about God and spiritual matters.

Everything changed in 1831 when David, his eldest brother, died aged just 27. David had been depressed but just before his death had found peace through Christ and had begun to pray for his brother. A new seriousness gripped M’Cheyne; he began to question his spiritual state and started going to a church where the gospel was preached. Soon he accepted Christ as Saviour and applied to be a minister in the Church of Scotland. He began his theological training at Edinburgh.

Finishing his training, M’Cheyne served as an assistant in a church near Falkirk. In 1836, after less than a year, he moved to Dundee as a minister of St Peter’s Church. It was a demanding situation in a poor, heavily populated and industrial area. M’Cheyne’s poor health – he may already have had tuberculosis – was not helped by the location.

It soon became apparent to his church that this was no ordinary minister. For all his youth, M’Cheyne was a powerful preacher; his sermons were biblical, compassionate and compelling. M’Cheyne spoke clearly and simply. Yet it was the person as much as the preacher that seems to have had an impact; M’Cheyne was someone who knew God personally and it was obvious to people. He worked hard as a pastor, regularly visiting homes to talk about Jesus and, where necessary, writing people discerning letters. Poor health regularly forced M’Cheyne to take time off which he used for praying, scripture reading and letter writing. Such times heightened his feeling that he had only a few years to live and gave his ministry an urgency.

It’s easy to imagine M’Cheyne as a solitary man. The reality is, however, that he was deeply loved by his congregation and his many friends, who included fellow ministers. He never married, but he did have a fiancée at the time of his death.

In 1839 M’Cheyne was sent, along with three other ministers, to Palestine for an eight-month ministry trip. During M’Cheyne’s absence, an ‘awakening’ – a revival – occurred in his church. There were many conversions and the deep rededication of those who were already Christians. This atmosphere of revival continued into the all too brief remaining years of M’Cheyne’s ministry at St Peter’s. In 1843, at the age of 29 and just seven years of ministry, M’Cheyne caught typhus and died. His impact was such that at his funeral 6,000 people lined the streets.

Death did not end M’Cheyne’s influence. Within two years Andrew Bonar, a close friend and fellow minister, produced a book entitled The Memoir and Remains of the Rev. Robert Murray M’Cheyne. (The ‘Remains’ were some of M’Cheyne’s letters and sermons.) It is a spiritual classic that has helped many people and never been out of print. It deeply impacted me when I was at theological college.

To read about M’Cheyne is to be humbled. What was the secret to his extraordinary ministry? A foundation was his knowledge and love of the Bible. Here M’Cheyne gave the world an important bequest in designing a system for reading through the Bible in one year. My wife Killy and I follow it. It can be found on the web and I do recommend that you try it.

There was more, though, than just a profound biblical knowledge behind M’Cheyne’s remarkable ministry. Let me suggest four things that were important and which challenge and inspire me.

First, M’Cheyne was a man of purity. Holiness may not be talked about today but it was essential for M’Cheyne. He wrote, ‘The greatest need of my people is my personal holiness’ and ‘Lord, make me as holy as a pardoned sinner can be.’ He advised those who preach the gospel to ‘study universal holiness of life. Your whole usefulness depends on this, for your sermons last but an hour or two; your life preaches all the week.’ M’Cheyne didn’t simply seek the experience of knowing Christ; he sought to be like him.

Second, M’Cheyne was a man of prayer. M’Cheyne had an extended period of prayer before he did anything else in the day. For him prayer was not a duty but a pleasure; he basked in the love of Christ. He also felt that he was being prayed for: ‘If I could hear Christ praying for me in the next room, I would not fear a million enemies. Yet distance makes no difference. He is praying for me.’

Third, M’Cheyne was a man of perception. M’Cheyne had a deep insight into both God and people. He was perceptive in his preaching; discerning what his congregation needed to hear and teaching it. For instance, fully aware of the tendency to look too deeply into oneself, he wrote, ‘For every look at self, take ten looks at Christ.’ Above all though, he was perceptive of heavenly realities, in particular the imminence of death and what comes after: ‘Live for eternity. A few days more and our journey is done.’

Finally, M’Cheyne was a man of passion. Throughout all he did ran an extraordinary commitment and urgency: ‘I have never risen a morning without thinking how I could bring more souls to Christ.’ His passion drove him and also helped convince his hearers. In one sense typhus killed M’Cheyne; in another he simply let himself burn out for Christ.

Robert Murray M’Cheyne was a remarkable man. Ultimately, he didn’t just preach Christ, he demonstrated Christ. As he himself said, ‘It is not great talents God blesses so much as great likeness to Jesus.’ And if that doesn’t challenge and inspire you, I don’t know what will.

For just $100 per month you can bring the gospel to 10,000 homes. Join us as media missionaries! GIVE NOW
VIEW COMMENTS
« Heroes of the Faith: Augustine of Hippo YouTube Star Twin Brothers Credit God For Their First Car »