Heroes of the Faith: Sojourner Truth 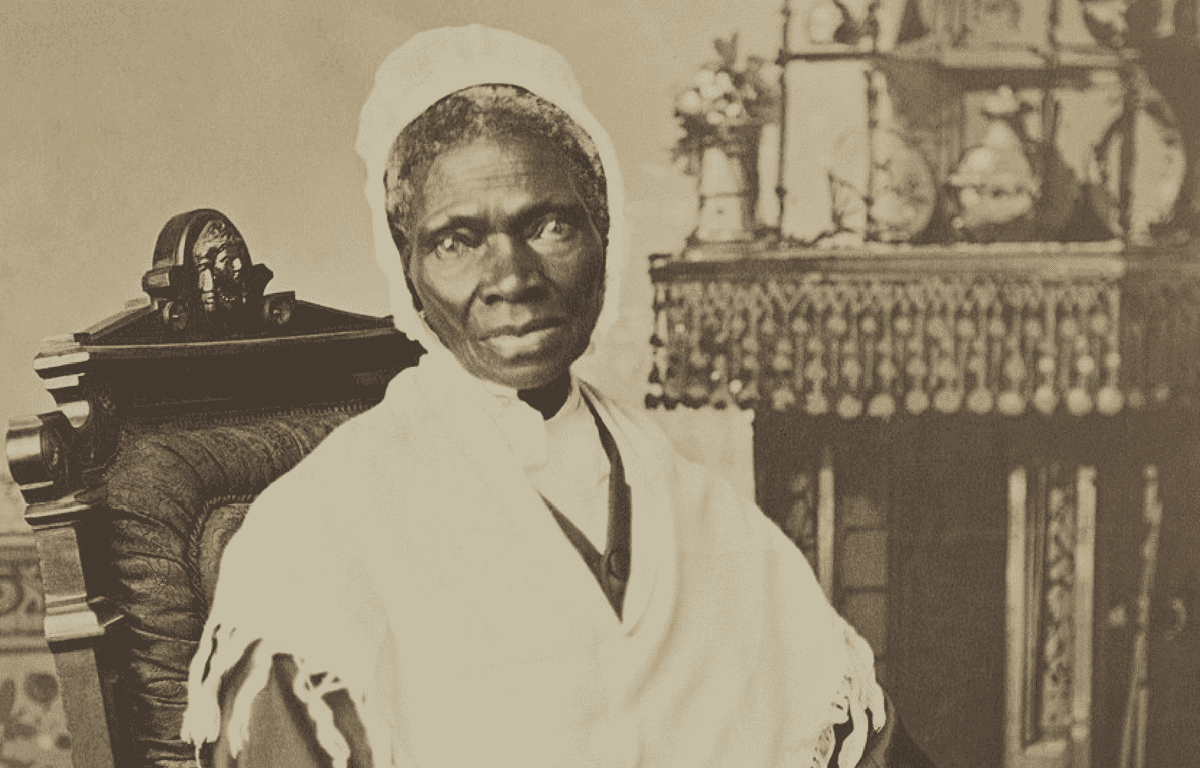 The woman who became known as Sojourner Truth was born Isabella Baumfree in New York in 1797. Born into slavery, Isabella was to be a slave for thirty years. She suffered bitterly: her brothers and sisters were sold off in her infancy, she grew up without education and remained illiterate. At the age of nine Isabella was sold at auction with a flock of sheep for $100. Speaking only a form of Dutch, she failed to understand the orders of her new English-speaking owner and as a result was whipped so brutally that she bore the scars all her life. Isabella was to be bought and sold four times by a succession of owners, some of whom abused her physically and sexually. She married another slave with whom she had five children.

Although New York State began abolishing slavery in 1799 it was a task that took another thirty years to complete. In 1826 Isabella, who had some Christian teaching, felt led through prayer to leave her owner. She took an infant daughter but as her other children were still legally bound as slaves she was forced to leave them behind. Free, Isabella learned that her five-year-old son had been sold illegally and took the case to court and recovered her son, becoming the first black woman to win a case against a white person.

In 1828 Isabella moved to New York where she worked as a housekeeper and, becoming involved in various churches, started to acquire a reputation as a preacher.

Isabella’s faith grew, and aware that Jesus had liberated her from all that slavery had inflicted on her, realised that she was indeed ‘born again’. As a symbol of that transformation she changed her name to Sojourner Truth on Pentecost Sunday 1843. Her name was chosen because she felt that the Holy Spirit was calling her to become a travelling preacher who would stay only temporarily in places – sojourning – in order to preach the truth. With a new confidence and determination, she travelled across the United States preaching the gospel and that slavery must be abolished. It was not easy: while slavery had been abolished in these regions, discrimination persisted and she was frequently criticised and attacked.

Sojourner Truth soon acquired a reputation of being a remarkable speaker. Nearly six-foot tall, she spoke with poise and passion. She was gifted with words, used vivid imagery, had a ready wit and often accompanied her preaching with song. She was a powerful evangelist but increasingly spoke about social reform, whether slavery, women’s rights or prison conditions. Even when she preached on social issues, her love of Jesus and of the Bible (which she constantly had read to her) was always a part of what she said.

In 1850 Sojourner Truth gave an account of her life in The Narrative of Sojourner Truth: A Northern Slave. An honest account of her sufferings, it sold well and encouraged the growing antislavery movement. A year later Sojourner Truth attended a women’s convention where she made a passionate speech demanding justice for both women and blacks. Although it made an impact then, it acquired a new life when years later, amid the Civil War, it reappeared in a dramatically rewritten version in which Sojourner Truth spoke in a way that made her sound like a stereotypical black slave of the southern United States. In this popular version, Sojourner punctuates her speech four times with a cry that has gone down into history: ‘Ain’t I a woman?’

When the Civil War broke out in 1861, Sojourner Truth helped recruit black troops for the army. She continued preaching and speaking nationally and, an increasingly well-known figure, eventually met President Lincoln.

Far from being forgotten after her death, Sojourner Truth became an inspiration for subsequent generations. In 2009 she became the first African American woman to have a statue in the US capitol and, in an extraordinary gesture, NASA gave her name ‘Sojourner’ to its Mars Pathfinder robotic rover in 1997.

First, I find myself inspired by her forgiveness and grace. Despite having suffered extraordinary injustices, Sojourner Truth forgave and, while continuing to fight against injustice, rejected bitterness. In a speech she admitted that although she had once hated white people, since meeting ‘her final master’ Jesus, she was filled with love for everyone.

Second, I’m struck by how Christ changed her. Remember, this was an illiterate woman who had been crushed down under slavery for the first thirty years of her life. Yet after her conversion, she became someone full of confidence and a sense of mission who preached boldly before thousands. It’s a proof that as an evangelist I see everywhere: Jesus Christ transforms lives.

Sojourner Truth was an extraordinary woman with a remarkable sense of mission. She reminds us of what a single life, even with the most unpromising beginning, can achieve. It’s something to inspire us all.