Hillsong ‘There is More’ Tour Continues To Go International

Hillsong Worship plans on touring Latin America this August, with their album, ‘There is More’. The album, which is full of songs of hope, made its debut in April 2018 and continues to make an impact around the world.

A favorite song from the album is ‘Who You Say I Am’ which has top-ranking numbers. You can find this song making waves in the Church internationally with the revelation of our identity in Christ. It also won the K-LOVE Fan Awards ‘Worship Song of the Year’ .

‘There is More’ has received nominations for the GMA Dove Award for Worship Album of the Year and Billboard Music Award for Top Christian Album. Well-known artist Brooke Fraser is one of the talented Hillsong musicians, artists and producers of the album alongside Australian musician and producer Michael Guy Chislett.

GET THIS DEAL
New Hillsong Worship Album - There Is More

The story behind the album

Hillsong Worship describes the artwork and story behind the album based off of Genesis 32 when Jacob was wrestling with God. They describe how Jacob’s encounter with the Lord transformed his identity and caused him to walk in a new way.

Brooke writes about the heart of the album saying, “THERE IS MORE at stake than we dare realize- souls, communities, families, nations on the other side of our wrestle through the night seasons. Our personal freedom is for corporate revival. THERE IS MORE of God and more to God and His love than we can possibly conceive of.”  The artwork displayed on the album cover represents this message well and is intertwined in many of the songs on the record.

Besides the top song of the album, ‘There is More,’ another favorite is called ‘You are Life.’ This song reveals the message that God is alive and how we get the honor of doing life with him. The chorus says…

This message of life is encouraging and so needed for the Body of Christ as the world seems to get darker. We as sons and daughters of God can live in the light of our Savior Jesus. Jesus is the very thing we need to endure this life and extend His Kingdom upon the earth to see true revival.

Another popular song from the album is ‘The Passion’ sung by Brooke. This song represents the beauty of the Cross and the mercy we are given as children of God. One line says, ‘Our chains are gone, our debt is paid, the Cross has overthrown the grave.’ If you haven’t listened to this Hillsong one yet, be sure to check it out and get ready to be flooded with hope and joy for your future. We can never forget the great sacrifice of Jesus and the awe and wonder of the Cross.

Hillsong is coming to Latin America this summer! Here are the dates to the upcoming Hillsong Worship Latin America Tour from Hillsong’s website: 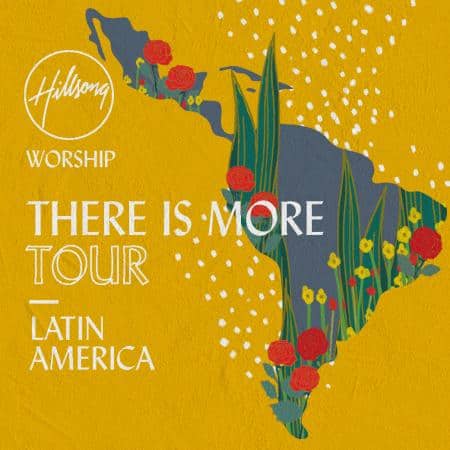 You can find the Hillsong “There is More” album on iTunes, Spotify, and hillsong.com/worship. You can also find all the lyrics to the songs and all the dates and times of tours on the Hillsong website as well as blogs and their online store.

As you listen to this inspiring Hillsong worship album, may you be encouraged to draw near to Jesus and be refreshed. Hillsong worship is one of many great worship albums out today. The influence that God is releasing on Christian artists and music is incredible! Pray that these songs of worship would touch the nations as Hillsong tour Latin America. Pray also that this music would get out to non-believers. The tool of music is a powerful one and has the ability to impact how someone thinks and views God in a moment.