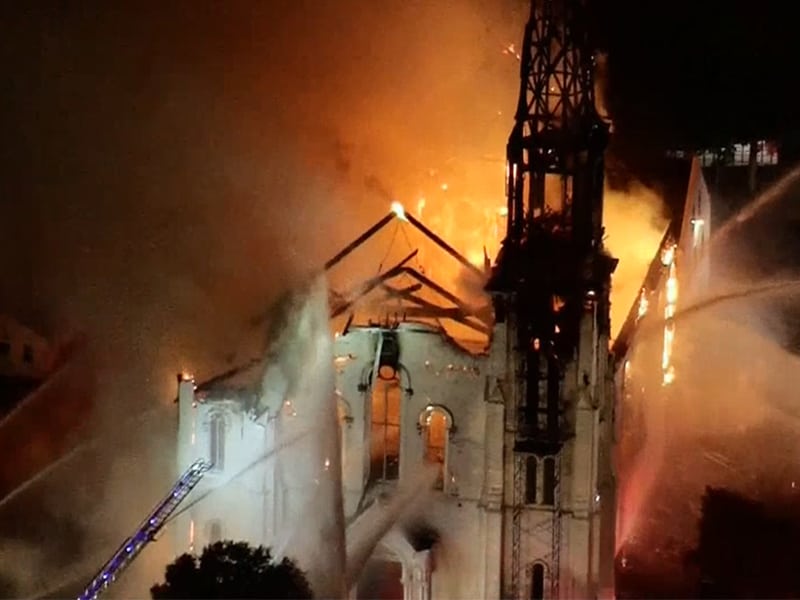 An enormous fire destroyed a 150-year-old church, the First Baptist Church of Wakefield, on Tuesday night during a lightning storm. While almost everything in the church was destroyed, a large painting of Jesus Christ remained unharmed.

Parishioners were meeting at the church of Wakefield when a fire was reported at around 7:00 pm. A witness claims that lightning struck the 180-foot steeple before the building burst into flames. The fire spread quickly and many watched as the top of the tower fell. 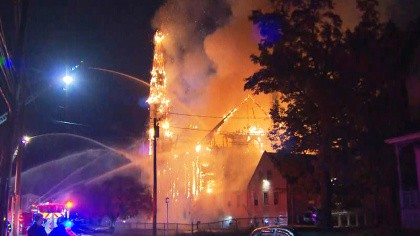 “I saw the lightning strike the steeple, and we saw the smoke, and it just went up in flames fast,” said Christian Bruno, who lives across the street.

It took the firefighters and community members three hours to battle the fire. Wakefield Fire Chief Michael Sullivan says the church is completely destroyed. The fire was too intense that the heat could be felt even a few streets away.

Chief Michael says that there was a class going on in the church at that time but there was no injury reported and everyone was able to get out safely.

Everyone was reassured when they saw a first responder coming out of the burnt-out church with a large painting of Jesus Christ. It had hung in the entrance of the church and was still in perfect condition. Neither fire, smoke, nor water had destroyed the painting.

“What a beautiful reminder that the Lord we serve is alive and active,” the church wrote in a Facebook post. Church members see it as a miraculous sign from God. “We know that we serve a God who specializes in restoring brokenness and who can bring beauty even from ashes. So we move into the future with trust, hope, and gratitude.”

If you would like to support the First Baptist Church of Wakefield, you can make the donation on the GoFundMe page they have set up to help the church recover.