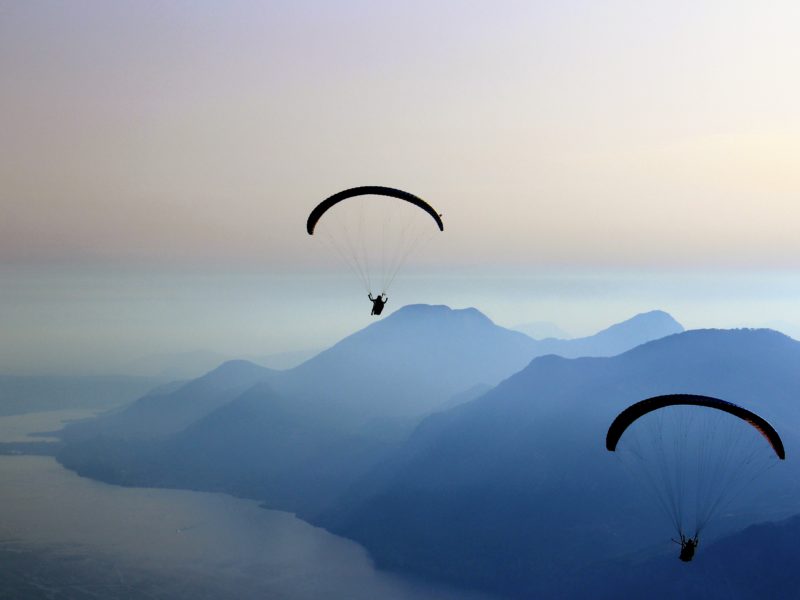 In 1944, the Jews in Europe were in crisis amid the engulfing Holocaust. Hannah Szenes parachuted into Europe on an operation to save Jews from the Nazis. She was captured by the Nazis and did not return.

On her 100th birthday, IDF paratroopers parachuted into the Kirki Airport in Slovenia, at the very same place she did, to commemorate her daring mission.

The historic parachute reenactment was carried out by eight IDF paratroopers who jumped Monday from a height of 12,000 feet. The parachute included several rounds and paratroopers from Hungary, Slovenia, Croatia and England participated as well.

The second part of the parachute was carried out on Tuesday, during which about 100 members of the Israeli delegation parachuted, including senior IDF officers. The jump was carried out from an altitude of 1,000 feet, and then the delegation continued for a day following in the footsteps of the partisans in Croatia.

The participants of the march marched on the path followed by the paratroopers of the Jewish community, including the late Hannah Szenes, in the partisan forests near the town of Draga.

Simultaneously with the parachute drop, a special military ceremony was held in Israel at the mandate-period paratroopers’ section of Mount Herzl in Jerusalem, where Szenes is buried.

In addition, a memorial service was held to mark the 100th anniversary of Szenes’ birth and an education day for her heritage at the Hanna Szenes Museum in Kibbutz Sdot Yam, attended by President Isaac Herzog.

Events will be held on Wednesday and Thursday.

For just $100 per month you can bring the gospel to 10,000 homes. Join us as media missionaries! GIVE NOW
VIEW COMMENTS
« A Message to the Body of Christ: ‘Rest is Crucial’ For The First Time: IDF Is Drafting People On The Spectrum »