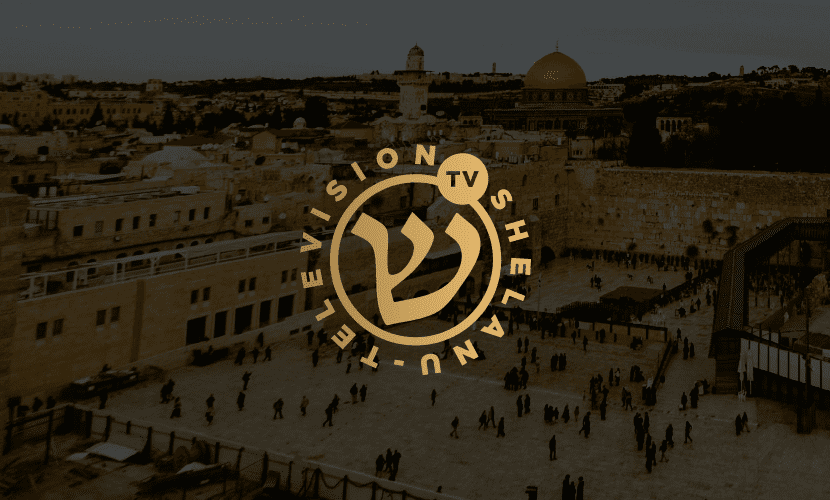 Today we made history! For the first time ever, a Messianic television channel is broadcasting across Israel in their native Hebrew language! At 13:00 Israel time, Shelanu TV launched. Israel will never be the same again!

Shelanu translates to ‘Ours’ in Hebrew. We want every person in Israel to know, not a foreign Messiah, but a Jewish one! His name is Yeshua and He has not forgotten His people.

“For the first time in the history of Israel, there is a believing TV channel airing on Israeli cable. I want to take a moment to thank each and every one of you for all that you have done. It has been a challenging process and we could not have done it without your help! Your prayers, advice, and financial support have been an inherent part of what has made this miracle possible.

We are committed to working our hardest to make sure that the channel will continue to air life-changing content at the highest possible quality, 24/7.

The next challenge for Shelanu TV will not only be to air content but to produce it. We received the platform of HOT as a gift from GOD TV but now it is our obligation as believers to produce relevant and dynamic content that will grab the attention of the Israeli people and open their eyes to the truth of their Messiah, Yeshua.

We are starting to produce and film shows on a larger scale that will be geared specifically towards the younger generation of viewers. Our goal is to ignite their imagination and give them a real taste of the diversity of the growing, believing community in their nation. Please continue to stand with us in prayer that our programming will be effective in changing the stereotype of Yeshua as the enemy of the Jewish people and show them that he belongs to them and is their Messiah!”

How to Get Involved

What an incredible and awesome privilege it is to partner with God in this! If your heart is stirred by the evangelistic mission to bring Israel into a relationship with her Messiah, we implore you to partner with us. Your contribution will impact generations of Israelis and Arabs, and help bring salvation to millions in the Middle East! This mission field is ready…