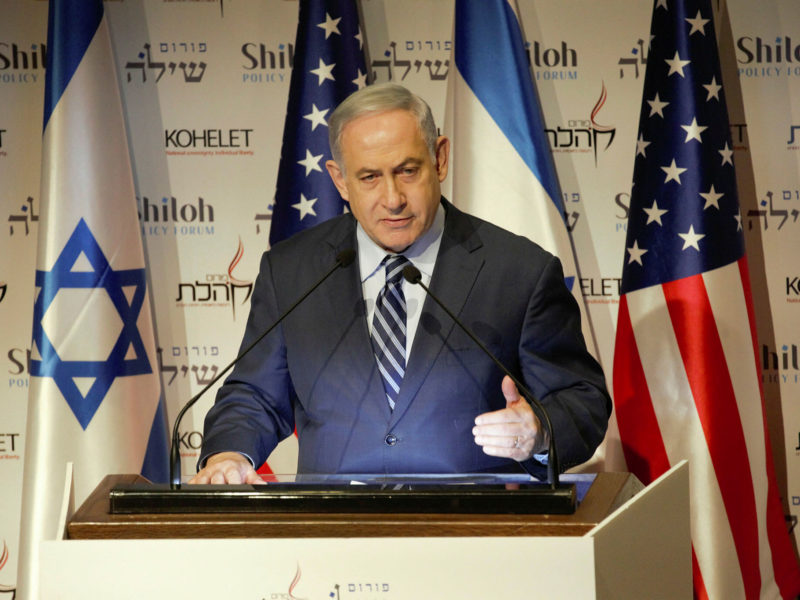 One of the main lessons of the Holocaust as that Israel must defend itself and fight Iran’s attempts to annihilate it, Prime Minister Benjamin Netanyahu said in an interview with Matt Crouch from TBN, the largest Christian network in the world.

Speaking just hours before some 45 royals and monarchs, prime ministers, presidents and parliamentary leaders arrive in Jerusalem to commemorate the 75th anniversary of the liberation of Auschwitz-Birkenau, Netanyahu said that “a third of the Jewish people went up in flames. There was nothing we could do.”

However, after the Holocaust and the establishment of the State of Israel “attempts to destroy the Jewish people haven’t disappeared” and “Iran openly declares daily it wants to wipe Israel off the face of the earth,” but Israel now has the capacity to defend itself.

The first “lesson of Auschwitz” is “stop bad things when they’re small, and Iran is a very bad thing. It’s not that small but it could get a lot bigger with nuclear weapons. And the first thing is stop that,” Netanyahu said.

The second lesson is to “understand that the Jews will never ever again be defenseless in the face of those who want to destroy them.”

He also called for sanctions against the International Criminal Court (ICC) after it recently announced it would probe Israel for alleged war crimes it committed during its counter-terrorism operations and through its presence in Judea and Samaria.

“The US government, under President Donald Trump, has spoken forcefully against the ICC for this travesty, and I urge all your viewers to do the same, to ask for concrete actions, sanctions against the ICC, its officials, prosecutors, everyone,” he told Crouch.

He accused the ICC of launching a “full-frontal attack both on the democracies’ right to defend themselves and on Israel’s right, the Jewish people’s right to live in their ancestral homeland, the Land of Israel.”

ICC Prosecutor Fatou Bensouda’s announced in December that after the conclusion of a preliminary examination “all the statutory criteria under the Rome Statute for the opening of an investigation have been met” to launch an investigation against Israel.

Israel argued that the ICC “manifestly lacks jurisdiction” because only sovereign states can delegate criminal jurisdiction to the ICC, and the Palestinian Authority (PA) “clearly does not meet the criteria for statehood under international law and the Court’s founding Statute.”

Furthermore, the claim that the PA has joined the Rome Statute, the treaty that established the ICC, “does not meet, nor can it replace, the substantive test requiring criminal jurisdiction to have been delegated to the Court by a sovereign state with a defined territory.”

Hungary. Germany, Australia and the US have all objected to the ICC’s move against Israel.

For just $100 per month you can bring the gospel to 10,000 homes. Join us as media missionaries! GIVE NOW
VIEW COMMENTS
« God’s Word For You Today Israel Officially Approves Privatization of Haifa Port »