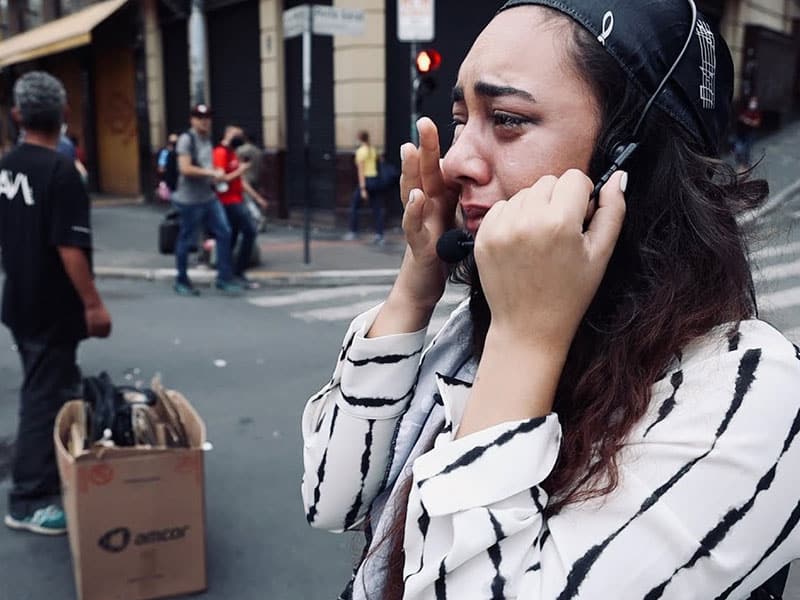 When a group of Christians were preachin on the streets of São Paulo, Brazil, a young lady wept for the lost while sharing the Gospel of Jesus.

On Oct. 25, the Torch of Christ Ministries shared a raw video of their ministry preaching the Gospel on the busy streets of Brazil. In the video, a young lady was recorded crying while sharing Jesus to passersby in one of the places in Brazil considered to be a dark place. The team encountered a great move of the Holy Spirit while they were there.

The group of evangelists experienced some opposition before Julia began to preach.

The group reported that they could see the spiritual atmosphere shift right before their eyes. The post read, “sudden commotions, clamoring, anger toward our preaching, and an overwhelming eerie feeling around us. It’s hard to put into words what happened. But in the midst of this, I began to get one of the worst headaches I’ve ever encountered in my life (witchcraft). Which immediately went away as soon as I was done preaching.”

“Right around this same time,” continued the caption, “sister Julia began to break down in tears as the Holy Spirit just completely overwhelmed her.”

That’s when the evangelist immediately handed the speaker to Julia. Then she ministered on what the Lord had prompted her.

Julia shared the Gospel while in tears, overwhelmed by the love of God for the lost children of God. She preached about how Jesus took on the weight of our sins on Himself and offers salvation. Then she said, “The most important thing is that Jesus loves you. He did not die to condemn you, that wouldn’t make any sense. He died because He loves you…” And she went on sharing the Good News of Jesus and a lot of people on the busy street heard the Gospel.