Once Abandoned, Imprisoned and Homeless, Cliff Found Hope in the Church 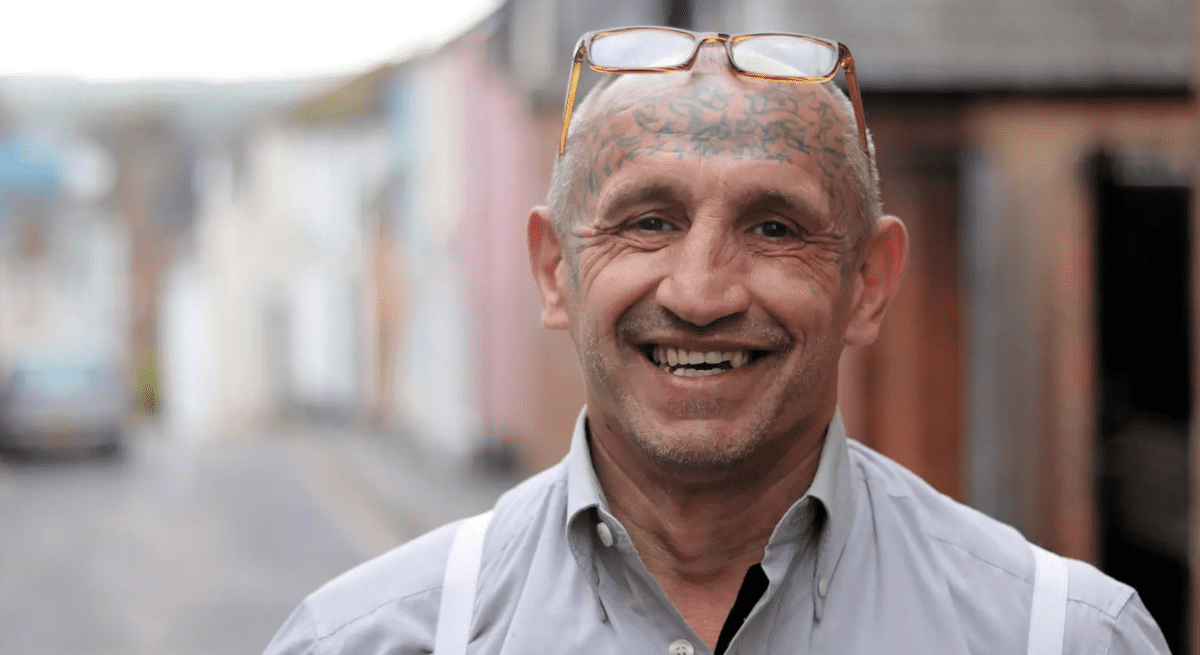 Sadly so many have lost hope in the Church. However, God tells us not to forsake gathering together. If you’ve only ever known the Church as a cold, sterile institution where you felt unwelcome and as if you were being judged, then you can understand why Clifford Irvine turned his back on organised religion as a youngster.

He never knew his father, his dad’s name isn’t even on Cliff’s birth certificate so you can see how hard it was for Cliff to relate to God as our ‘Good, Good Father’. He was three days old when he went into care and then from care home to care home. Later, this became from prison to prison. He was told he was no good and spent a total of seven and a half years in custody.

Things got even worse when Cliff became homeless. A skinhead, with a tattooed face, it seemed he encountered rejection wherever he went. That is until he came face to face with Jesus and later his hope in the Church was restored. Through the homeless outreach of Rediscover Church, Exeter, UK he came to see the Body of Christ in a completely new light and literally ‘rediscovered church’ as a place of hope.

“The last time I went to church was when I was growing up in care and I was made to go on a Sunday. I didn’t enjoy it,” Cliff says. “You can normally see it in their eyes, people are judging you, but not here. I didn’t feel that, I felt love and warmth.”

Watch Cliff’s heart-rending testimony and regain your hope in the Church.

As believers we are called to be the hands and feet of Jesus and it was the team at Crossline Homeless outreach that first showed Cliff the love of Jesus. They invited him to church and he came, even if it was just for the free coffee and biscuits!

Led by Pastor Mark Pugh and his wife Nita, Rediscover Church aims to restore people’s hope in the Church by changing the negative perceptions people have. They invite everyone to experience the Christian community in a loving, caring environment.

“The first couple of weeks I was there, I found it hard not to cry,” Cliff recalls. He became a Christian, got baptised and everything changed. He moved into a flat and was able to see his children and has been a faithful member of the church ever since.

Jesus can give you a new day, a new start and a new outlook on life. He can also use you to change the negative perceptions many still have about church, by introducing them to one and only true God, who they have misunderstood.  They think He is after them with a big stick but it’s really a shepherd’s rod to lovingly draw them home.

Thanks Clifford for sharing your amazing story and inspiring us to reach out to others more boldly. Thank you Rediscover Church for being such a great example of the Body of Christ at work.