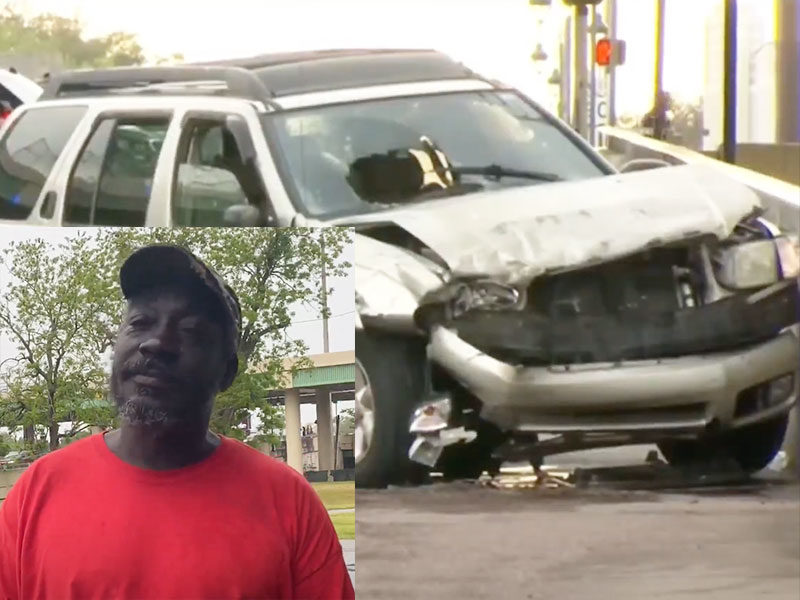 A homeless veteran who saved a man’s life in a car accident credits God, saying that it was a divine intervention and God had put him there.

The 56-year-old veteran, Freddie Finkley, was at Cervantes Street and Haynes Street when he saw a head-on collision accident last week. When he saw the fiery crash, he didn’t hesitate to jump onto the scene. He took action and pulled the 34-year-old Eric Lopez from the burning SUV.

“I ran down there and flames started coming through the dashboard. I went in there and I tried,” Freddie recalled.

“He said, ‘Leave me.’ I said, ‘I can’t leave you. You’ll burn up.’ So I pried his hands loose from the steering wheel. This other guy came, and we picked him up and toted him up the bridge.”

Thus, they were able to pull Eric out from the burning car successfully. It saved the day for a family in Pensacola.

And when the homeless veteran met Eric’s grandmother, she thanked him repeatedly.

“Anybody who would do that has to be a really good-hearted person,” Sandra McFall said.

Then she told him, “You’re truly God’s angel. I praise God that you were here because you saved my grandson and that means everything to me.”

However, Freddie said, “It’s just me. It’s just my nature. I’m not like everybody else.” Then he pointed out that it was God and His divine intervention.

According to the report, it isn’t the first time for the homeless veteran to save someone’s life. Every time he witnesses an accident on the spot, he never hesitates to help since he became homeless for half a decade.

Right now, Eric is recovering. He only has to deal with bruises and lung issues from the crash, which could have been worse if not for Freddie’s quick action.

For just $100 per month you can bring the gospel to 10,000 homes. Join us as media missionaries! GIVE NOW
VIEW COMMENTS
« Heroes of the Faith: John Paton Relentless Woman, The Love You’ve Been Searching For Is God »