BREAKING
Bennett Coalition Government Collapses, New Elections On Horizon—And The Return Of Netanyahu?
Rooftop “Glamping” Pops Up In Israel
“Steph Curry Is Copying Me… Again…With A Hebrew Sweatshirt”
STAND WITH UKRAINE
Home Articles Hospital Staff Fulfills Patient’s Wish To Marry The Love Of His Life One Week Before He Died 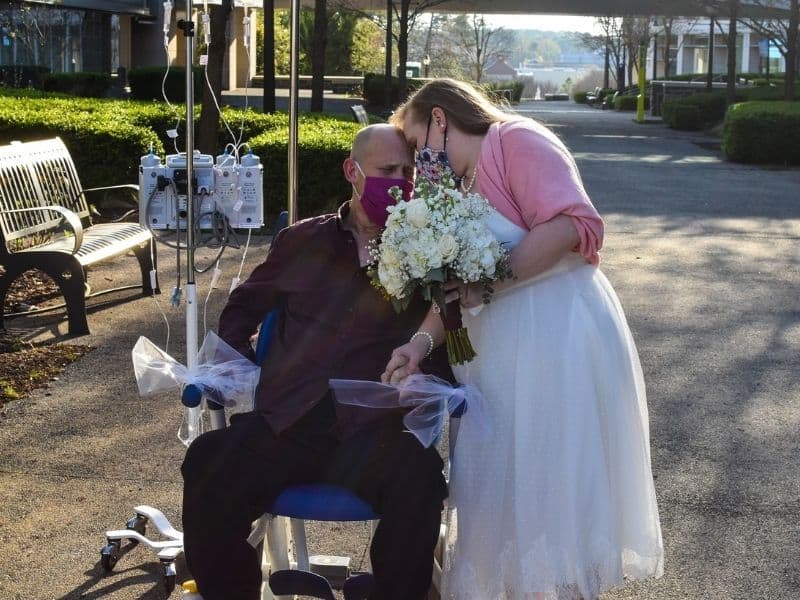 Nurses and hospital staff worked together to fulfill a dying patient’s wish to marry the love of his life just a week before he died.

Sarah Myler and Jeffrey Benesch met online in 2012 through Facebook. When they met online, they immediately knew that they were meant for each other.

“There was this generosity to him,” Sarah said when describing what drew her to Jeffrey. “He was a volunteer firefighter every place he lived since he was 16. There was nothing he wouldn’t do for you.”

Jeffrey worked for a construction company in North Carolina while Sarah worked and lived in Virginia. As their relationship grew deeper, Jeffrey moved to Virginia and proposed to Sarah who said “yes” in 2015. However, things didn’t go as planned as they choose to tie the knot later as they wanted to buy a house before marrying.

In 2018, the news shocked the couple when doctors diagnosed Jeffrey with congestive heart failure. That was when the couple took their wedding planning more seriously. When they were finally about to get married, the COVID-19 pandemic hit and delayed their exchange of vows. 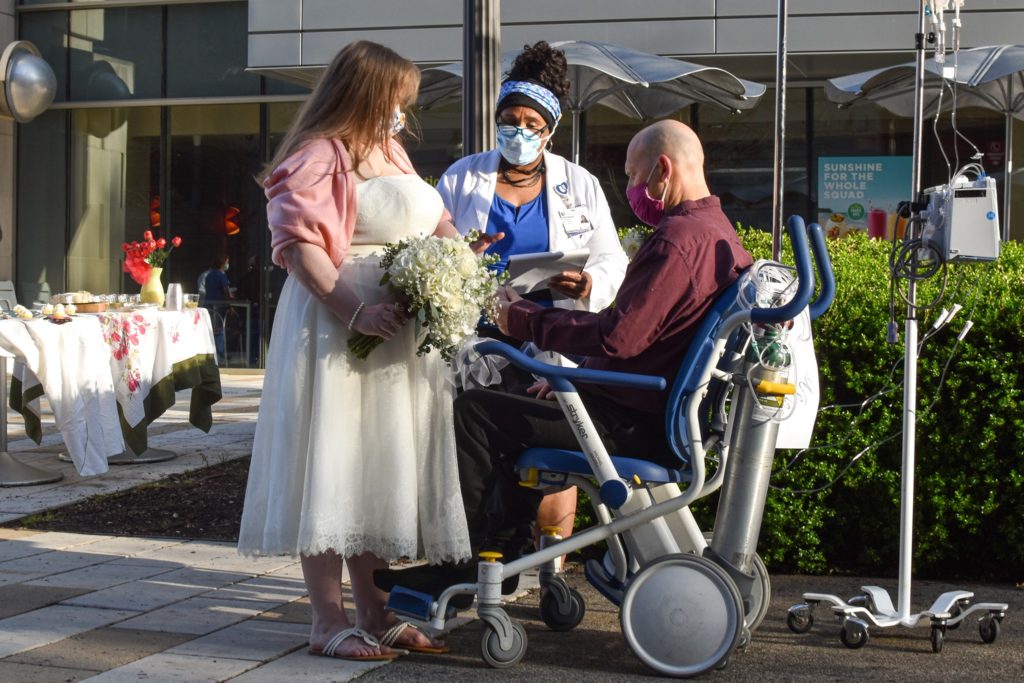 However, by the end of 2020, Jeffery’s condition worsened. The couple stood strong as they hoped and prayed for a heart transplant. But, just a few months later, a blood clot was discovered in his lungs. Doctors also discovered that Jeffery only had a little time left.

When the news broke out, hospital staff and nurses worked together to fulfill the couple’s dream of getting married. In less than 24 hours, they were able to arrange a hospital wedding for Sarah and Jeffrey.

“My niece and my sister jumped into action so fast,” Sarah recalled. “One of Jeff’s favorite nurses helped us find a place to be married outside, and someone else arranged for a classical guitarist from the amazing art program they have at Duke to play for us.” 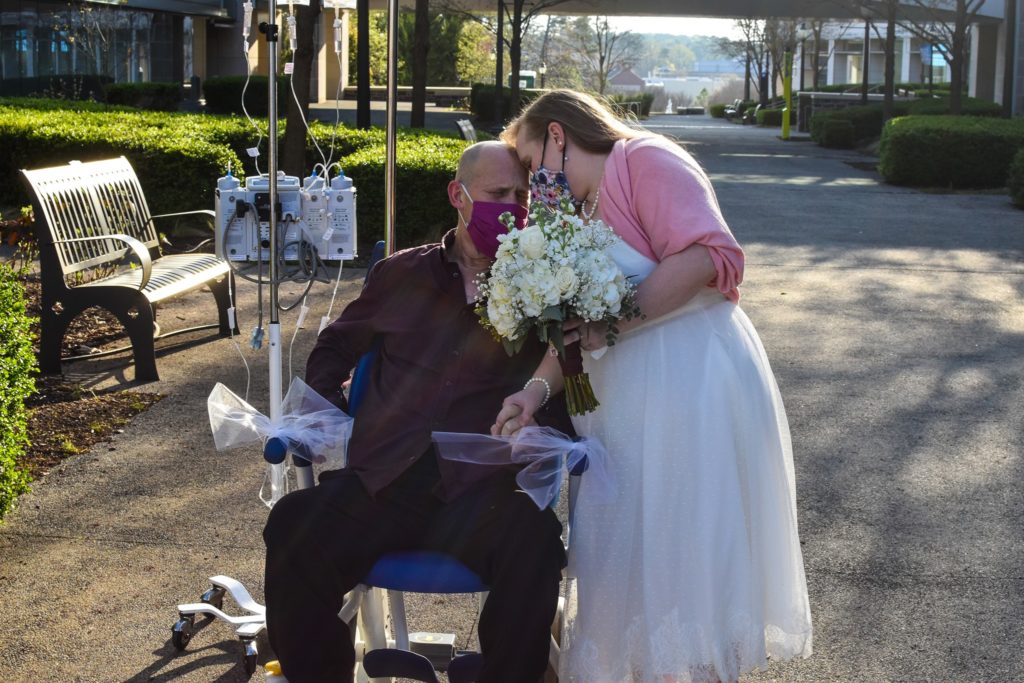 The lovely couple was able to exchange their vows to each other in front of their family and friends. Though their marriage was not deemed legal as they ran out of time to get the license prepared, what is important for them is that they were able to tie the knot in front of God.

Sadly, only after a week from their wedding day, Jeffrey died.

“Tonight I lost my new husband, my partner, my love, my best friend, and the other half of me,” Sarah wrote on Facebook. “I am lost. I will keep you in my heart…Always.”