How Do You Approach Working Out In The Gym? | God TV
Articles 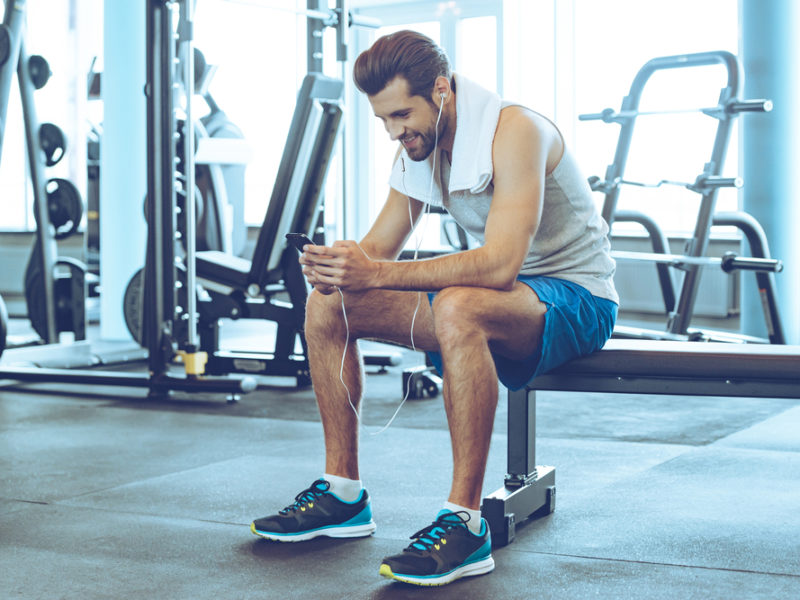 If you’re like most people, you are there to get bigger, thinner or fitter. But what if I told you that the gym can be a place where you can encounter God?

I was never big on gym growing up (pun unintentional). When I left school I started gymming on and off. I would get to the gym, pumped up and ready with an Energade and an energy bar, and then spend 10 minutes cycling and the rest of the time on the free Internet. This went on for months.

One day, however, I saw a video on Dwayne “The Rock” Johnson, and how he trains in the gym. This lit a flame inside of me. I immediately downloaded tracks by Eminem and Limp Bizkit, WWE theme songs and other rock and rap songs, and started to gym properly.

Everything was going fine until one day I caught myself judging someone smaller than myself (as hard to believe as that was, it’s true). I then realised something. Every morning I would wake up early and my first thoughts were about gym and getting bigger. I would eat breakfast whilst listening to rap and rock songs which included swearing and aggressive statements about smashing people’s heads in, buy myself an energy drink for, um, energy, and drive to gym.

As soon as I got to the changing rooms, I would look at myself in the mirror, making sure I knew how good my six-pack looked, and internally mocking those who didn’t have one. I would then get pumped up with aggression, do a half an hour gym session, and go home, before suddenly remembering God and the fact that I represent Him. The next morning exactly the same thing would happen. I was getting somewhere physically but nowhere spiritually.

So one morning, about six months ago, I decided to delete all those awful songs and instead listen to worship music. This led to something incredible. I noticed how I was no longer judging anyone. I was no longer focused on getting as angry as possible in order to work out like a maniac. I was still gymming, but it was with the aim of glorifying God.

I ended up praying for a guy and God grew his leg by 5 cm (!). I had something different to do at gym. I often find myself in the middle of a set kneeling down in worship, oblivious to the fact that everyone around me is flexing and looking angry and trying to ignore the guy who has spent half his session smiling and dancing in between exercises.

If our strength is found in ourselves, we are ignoring the supernatural strength that God provides. Because when we are weak, God makes us strong.

Moral of the story: The gym is a place that needs God as much as anywhere else, so why should it be a place where Christians forget who they are?

This article was written by Devon Garvie of Footprints, Pretoria, South Africa

For just $100 per month you can bring the gospel to 10,000 homes. Join us as media missionaries! GIVE NOW
VIEW COMMENTS
« Adjust And Carry On Gateway Church Launched A Prison Campus And Over 500 Inmates Received Christ »