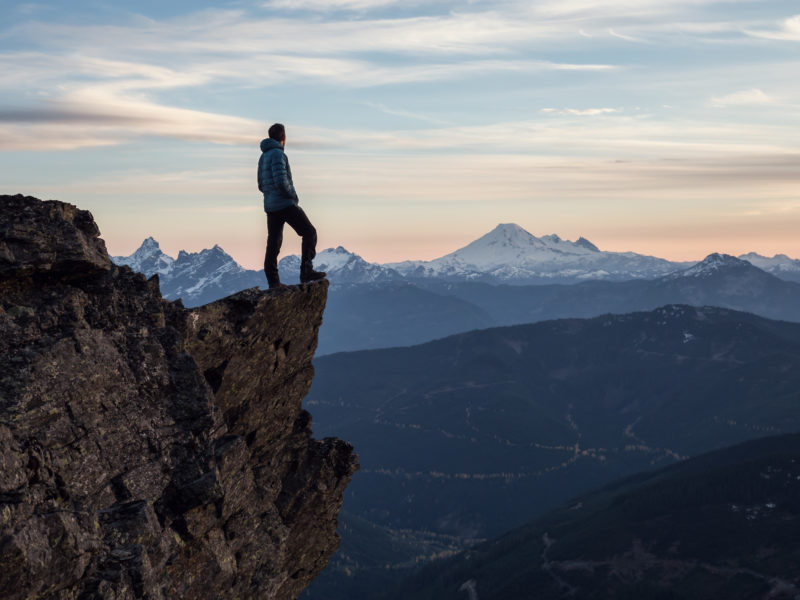 Several years ago I wrote a book entitled Change Agent: Engaging your passion to be the one who makes a difference. During the writing of that book that year I discovered six unique stages God took his leaders through to become His change agents.

One of the 6 stages I discovered was an Isolation Stage. It seems God often set aside a leader away from his normal life for a greater purpose. For some it was jail time like the apostle Paul. Paul wrote many of his epistles when he was imprisoned. This would be said of Jeremiah, Isaiah and many others. And He has made My mouth like a sharp sword; in the shadow of His hand He has hidden Me, and made Me a polished shaft; in His quiver He has hidden Me” (Isaiah 49:2).

The apostle John was put on the Island of Patmos where he received the vision of Revelation.
He did not die on this island, but God used his isolation on Patmos to download an important
part of the Bible for God’s people.

John Bunyan was imprisoned twelve years for preaching the Gospel. What came from his time
in prison was one of Christianity’s greatest classics – Pilgrim’s Progress.

On Christmas Eve in 1664, a London resident named Goodwoman Phillips was found dead in
the run-down district of St. Giles-in-the-Fields. Telltale “buboes” on her corpse left no doubt
about the cause of death. Her house was sealed and the words “Lord Have Mercy On Us” were
painted on the door in red: Phillips had died of bubonic plague.

Only a few other deaths from plague were reported over the next few months. But by April, the
numbers had begun to climb markedly. When summer arrived, death was everywhere. Records
from mid-July showed 2,010 deaths, spread among every parish in London. The death toll a
week later had jumped to 7,496. Over a period of 18 months, the Great Plague of London, as
the epidemic came to be called, would claim more than 100,000 lives – roughly a quarter of the
city’s population.

Then as now, social distancing was an important response to the deadly outbreak. Urban residents who could afford to do so fled to the countryside. Among the institutions that closed for the duration was Cambridge University, and among the students who headed home for what today we would call self-quarantining was a 23-year-old mathematics student by the name of Isaac Newton.

For the next year and a half, Newton remained at his family’s farm in Lincolnshire, reading, studying, and thinking alone. While the bubonic plague raged elsewhere, Newton embarked on what he would later describe as the most intellectually productive period of his life.

One subject that had always interested Newton was light and color. Two years earlier, visiting the annual Sturbridge Fair near the university, he had purchased a small glass prism. He had been fascinated by the way the prism seemed to change white light into a spectrum of rainbow- like colors. No one understood where those colors came from; one theory was that the glass somehow added color to otherwise colorless light.

This wasn’t the only discovery Newton made during his isolation. Newton’s laws laid the foundation for classical mechanics, and upon it, generations of physicists would build towering edifices. The mathematics required to derive these laws – which involve multiple variables with continuously changing quantities – did not exist in Newton&#39;s day. So he invented an entirely new mathematical discipline. Without calculus, modern mathematics, engineering, and statistics would be impossible.

God often used isolation to prepare his leaders for a greater assignment. Joseph was sold into slavery and later accused of a crime he did not do which landed him in prison. God used over 13 years of preparation for what would be an 81-year assignment as second in command of Egypt.

Nelson Mandella would be imprisoned for 27 years for his anti-apartheid, revolutionary political activities in South Africa. He would move from the jail cell to the presidential palace for five years as president of South Africa from 1994-1999.

He Turns Messes Into Messages And Messengers

What I observed is God turns our messes into messages and creates messengers in the process. God initiates a time of separation from past dependencies to realign values of the leader. King David was forced to flee Saul, who was trying to kill him. He ended up in the Cave of Adullam as his hiding place. During his time in the cave he wrote three of the Psalms — Psalm 34, 57, and 142. The down and outs joined him in the cave. They became known as David’s Mighty Men.

God often gave the leader treasures in darkness. “I will give you the treasures of darkness and hidden riches of secret places, that you may know that I, the Lord, Who calls you by your name, am the God of Israel” (Isa 45:3). In the mid-nineties, I recall God doing this in my own life. I was in a time of isolation from a difficult season. I began to reflect on what I was learning in that season that resulted in my writing a devotional series entitled TGIF Today God Is First.

Recently I wrote another book that is just now being released. Get The Hidden Place: One man’s journey to Freedom.

For just $100 per month you can bring the gospel to 10,000 homes. Join us as media missionaries! GIVE NOW
VIEW COMMENTS
« Arise, O Sleeper And Pray! Change Is In The Air! »