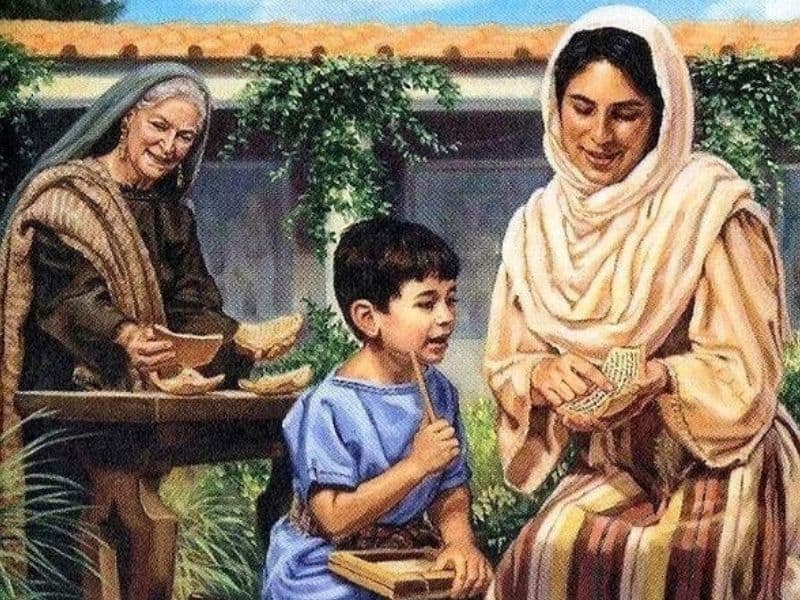 The month of May celebrates the lives of our dearly beloved mothers. Although a day will not suffice to commemorate all their sacrifices, it reminds us to honor them for all they have done.

Of course, the celebration of Mother’s Day is not found in the Bible since the special day was officially recognized in 1908. But, we can find verses in the Bible where mothers are honored.  Specifically, Paul commended Eunice and Lois, Timothy’s mom and grandmother.

In 2 Timothy 1:5, Paul said to Timothy, “I recall your sincere faith that first lived in your grandmother Lois and in your mother, Eunice and now, I am convinced is in you also.”

Eunice was a Jewish believer. And I think it is safe to assume that Lois is a Jew, too, since Jews were prohibited from intermarrying with pagans. It was not noted exactly when they actually received Christianity. But, we know that Timothy grew up having a godly mother and grandmother. And through their ‘sincere faith’, they influenced the young leader greatly.

God designed a family with the parents as representations of His heart. Parents are to be examples of godliness so that their children will follow them.

Eunice and Lois fulfilled their calling. Their faith in Jesus as their Lord and Savior can be seen in their daily lives. They spend time praying and reading the Scriptures. They were gracious and forgiving to their family members. And if they were at fault, they seek to work on their weak areas.

These are all possible because of their submission and joy in the Lord that developed them to become like Him in character and attributes.

Moreover, as Christian mothers, they seek to pass their faith to their children. They consider it their greatest legacy.

If Eunice and Lois’s faith were false, Timothy would not want to do anything with it. But genuine faith is contagious. And this attracted him to the Lord.