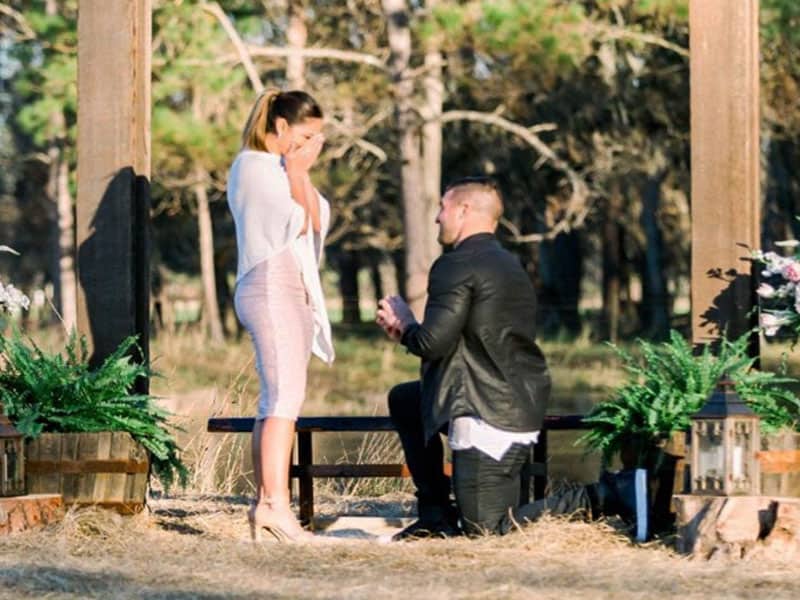 Tim Tebow and Demi-Leigh Nel-Peters recently got married and said their “I Do” on Monday, January 20. Everyone was blown away because of their Christ-Centered wedding. But before Tim heard Demi’s “I DO” he proposed in the sweetest, fairytale-like way.

It was January 11, 2019 when Tim proposed to Demi at his family’s farm outside Jacksonville, Florida. He carefully planned out everything just to give a fairytale-like proposal to the love of his life.

The Fairytale-Like Proposal Of Tim Tebow

In an interview on the Rachael Ray Show, he revealed what actually happened on that day.

“Before she got engaged, she had to have her nails done. So my sister secretly took her out and made it act like a Christmas thing,” narrated Tim in the show.

Tim said the proposal was absolutely perfect. However, he also described the hardest part of the surprise.

He said, “The problem with keeping a surprise is you have to lie a lot. I did not like it but we had so many surprises. So I had set it all up.”

Tim and his family tricked Demi into believing they have a big Christmas dinner at his house with his family. So they were all required to wear a nice dress.

“But we don’t really dress up on the farm. It’s a farm,” he laughingly said.

What’s more was that he had secretly flown Demi’s family and friends to Florida from South Africa, according to People. And the former Miss Universe had no idea of everything that was about to happen.

He also had a South African artist named Matthew Mole sing live the moment he dropped on one knee for the proposal. And Demi was definitely blown away. Especially when her parents also came out of the scene.

“We were dancing but I’m holding her pretty tight.. I turn her around and she starts crying. She didn’t know they were in the country, from South Africa,” recalled Tim on the sweet moment.

Moreover, Tim told the magazine what he said to Demi as he gave her the ring: “This ring is internally flawless, just like you.”

This Christian couple is a wonderful example of God’s love. Both are a blessing and an inspiration to the world!

Once again, congratulations to the newly-wed Tim and Demi-Leigh!

For just $100 per month you can bring the gospel to 10,000 homes. Join us as media missionaries! GIVE NOW
VIEW COMMENTS
« What Is Prophetic Deliverance? Can’t Travel, But Want To Do Missions In Israel? »